Star Tribune staff picks for Friday night of week No. 3

One of our prep writers is predicting a loss for the Class 6A defending champs. 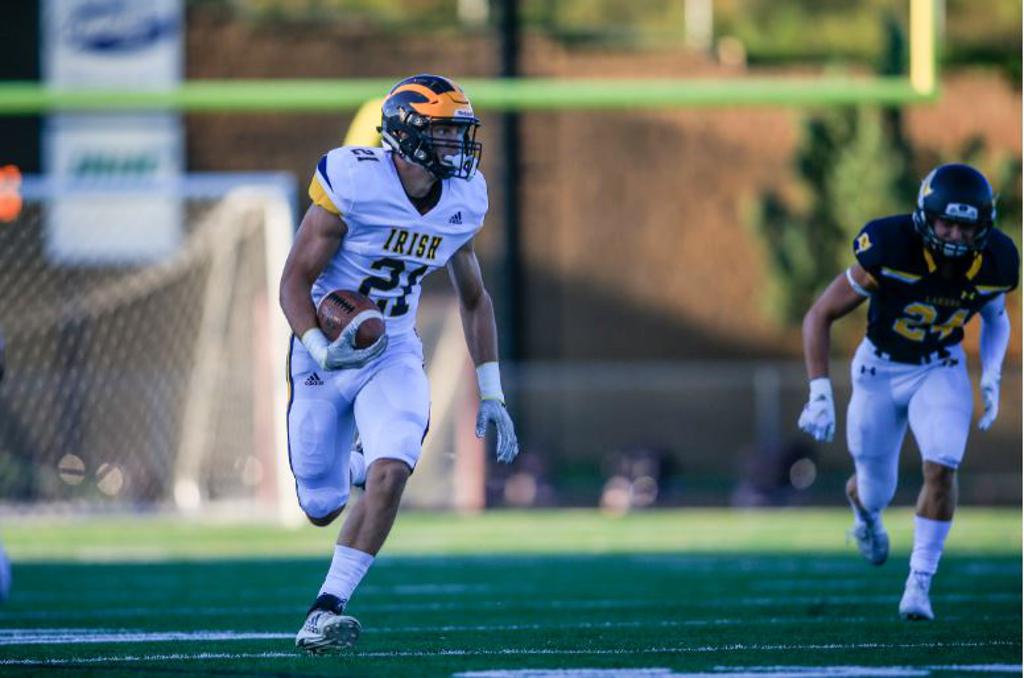 Rosemount's Jake Ratzlaff (21), who will play hockey for the Gophers, teams with Gopher football recruit Jonathan Mann to create a formidable pass-catching duo for the Irish, who play Lakeville North on Friday. Photo: Mark Hvidsten, SportsEngine

Star Tribune staff writer Jim Paulsen (7-2) enjoyed perfection in the second week. His colleague David La Vaque (3-6) not so much. Two out of three games are up for grabs Friday so nobody will have all the glory to themselves. Of course, both of them could fall on their face.

David says: Both quarterbacks were superb last week. Joseph Russell threw for 224 yards and three touchdowns in Cooper’s victory. Aaron Ellingson passed for 199 yards and a score and added 53 yards rushing with two touchdowns. But can Ellingson run effectively against the Hawks? Cooper 28, St. Louis Park 21.

David says: In their first two games, the Cadets didn’t exactly knock off Eden Prairie and Lakeville North, alright? As for Mahtomedi’s offense, quarterback Johnathon Devore and running back Jordan Hull are playmakers capable of putting all manner of pressure on defenses. Mahtomedi 21, St. Thomas Academy 14.