Star Tribune preseason metro top 10, and teams to watch in other classes

Until someone knocks off RaJa Nelson and the defending champion Panthers, Lakeville North is the prohibitive No. 1 in Class 6A. 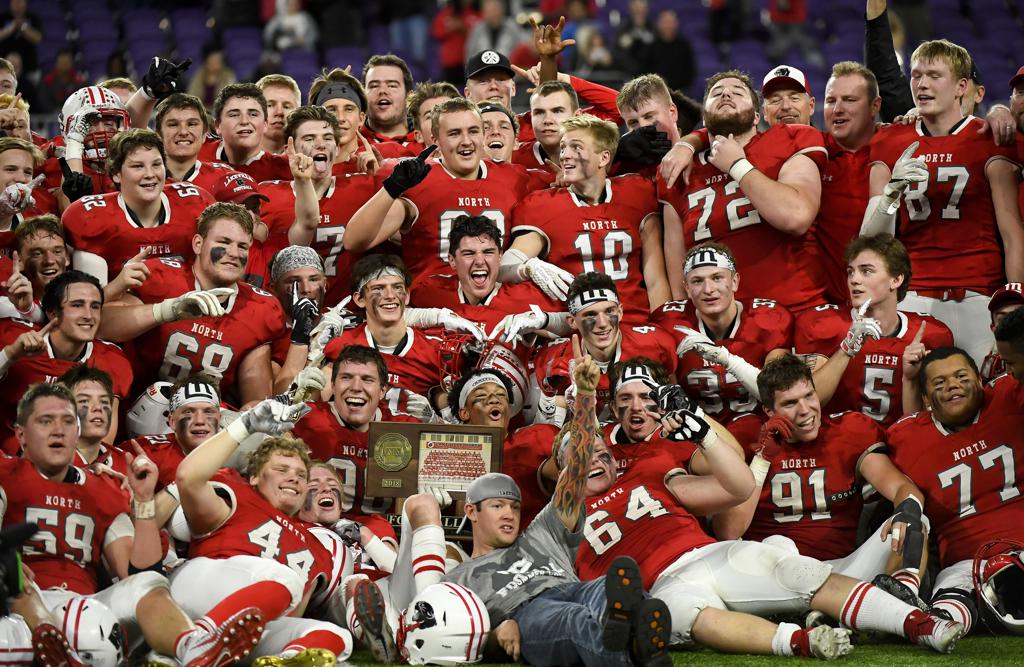 Each week the Star Tribune’s Jim Paulsen will offer his rankings of the metro area’s top 10 teams. With the season set to begin with games Thursday and Friday, he also provides his before-a-down-has-even-been-played predictions for Class 5A and Class 4A. And with some notable teams in the smaller classes as well.

Losses to graduation notwithstanding, the defending 6A champs are on top until someone defeats them. The defense, the Panthers’ bread and butter, will be stout once again.

There are some big holes to fill, particularly at QB, but a massive offensive line should ease transition.

A new QB will have to be broken in, but the Knights always have talent and numbers waiting their turn. And Jared Essler might be the most unheralded great coach in the metro.

The Irish have a nice mix of skill players and beef up front, and are always willing to go toe-to-toe with anyone.

With hard-running backs Malaki Jackson and Christian Vasser and a star-studded defense, the Trojans are back in the mix as a top-10 program.

The Royals lost in the state quarterfinals a year ago and have some key players back, including QB Jake Wenzel, who missed the last half of the season with an injury.

One of the few top teams in the metro with no questions at QB. Cole Stenstrom is a three-year starter and has plenty of offensive help.

The graduation of QB Jack Haring and his 2,590 passing yards means the Bengals will lean a bit more on junior RB Will Frederickson, which is not a bad option.

After making the state semifinals a year ago, expectations are high for the up-and-coming Cougars. Are they too high?

It’s not often a Class 4A team makes the Metro Top 10, but SMB is among the most talented 4A teams ever.

And more: Some rankings and predictions for top metro teams in the other classes.

Class 3A and smaller