Ninety-one matchups will be played on opening night, including a tilt between defending Class 6A champion Lakeville North and upstart Woodbury. 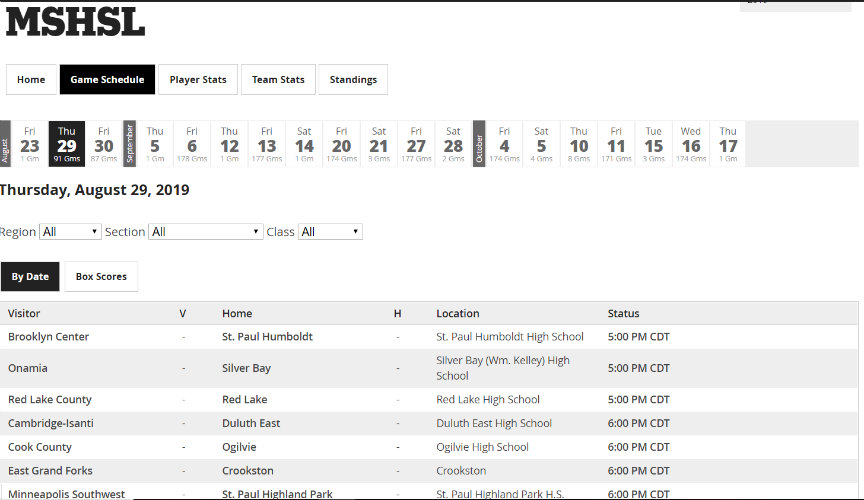 The new “Hobbs & Shaw” movie isn’t all that’s fast and furious this August. The arrival of the 2019 high school football season in less than two weeks has the MN Football Hub staff pumping the brakes to give our hands a rest from scribbling notes about all the marquee matchups onto the office calendar.

Ninety-one games are scheduled for opening night, Thursday, Aug. 29, including several key metro contests, headlined by a Class 6A dogfight between Lakeville North and Woodbury.

Lakeville North was a juggernaut last year, posting an undefeated record en route to winning the Class 6A title in November with a 28-21 victory over Eden Prairie at U.S. Bank Stadium. For the Panthers to sustain their recent level of success, they’ll have to hold off a scrappy Woodbury team that turned some heads last year.

The Royals, who boasted a 7-1 regular-season record last fall, became a fixture in both the Associated Press statewide poll and the Star Tribune’s metro top-10 rankings, until they stumbled to Lakeville South 28-14 in the Class 6A state tournament. Woodbury enters the season looking to show continued improvement, and earning a signature victory over Lakeville North would prove last year’s success wasn’t a fluke.

Blaine, which finished last season No. 2 in the AP's Class 6A poll, visits Wayzata on opening night. A victory may kickstart the year for a Bengals program that recorded a 34-14 loss to Eden Prairie in the state semifinals a year ago. The Trojans can use a victory to start bouncing back from 5-5 campaign in 2018.

Another 87 games are slated for Aug. 30. Last year’s Class 4A Prep Bowl champion, St. Paul Academy/Minnehaha Academy/Blake (SMB), get our attention as the Wolfpack descends on Columbia Heights for a showdown with the Hylanders, a program that went 5-3 in each the last two regular seasons.

But the must-see games are not limited to the season's opening week.

In the west metro on Sept. 6, Chanhassen visits rival Chaska for their annual Class 5A duel. Last fall, the Storm couldn’t fend off the Hawks in 24-21 road loss — one of only two defeats for Chanhassen in a 6-2 regular season.

On Sept. 27, Rochester Lourdes, which won the Class 3A Prep Bowl last year, takes on defending Class 2A champion Caledonia, a team that enters the season with a 54-game winning streak. To go with all their wins, the Warriors have stocked their trophy cabinet by claiming four consecutive Class 2A titles.

Wednesday, Oct. 16 marks the last day of the regular season with 174 games on the calendar, and section play for all but Class 6A begins Oct. 22.

State tournament action spans nearly all of November, with Prep Bowl championships for each class set for Nov. 29 and 30 at U.S. Bank Stadium in Minneapolis.

To see the full schedule, click here, or go to the “Search” box at the top right corner of the page and type the name of your favorite team into “Team Finder” to search a specific schedule.

If your team’s schedule needs updating or isn’t posted, send the necessary information to scores@sportsengine.com.