The metro area’s leading rusher last season had held off signing earlier in hopes of finding what he felt was a better fit. 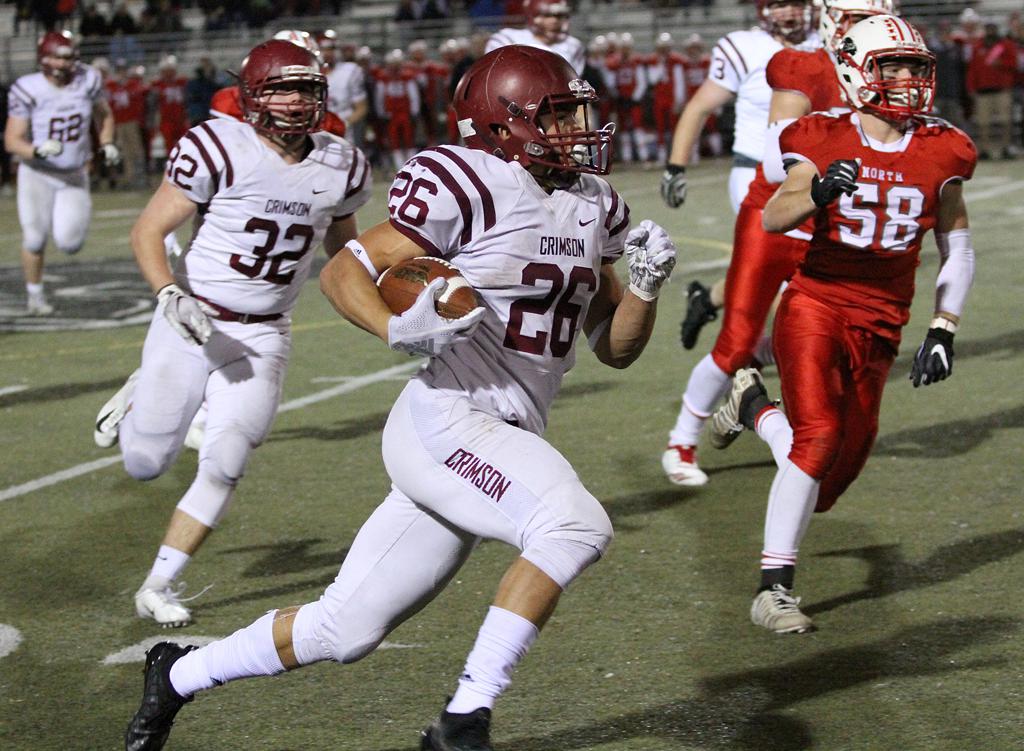 Maple Grove's Evan Hull (26) ran for yardage in a Class 6A second-round game against Lakeville North on Nov. 2. Photo by Drew Herron, SportsEngine

Maple Grove running back Evan Hull’s wait-and-see approach to his college football future paid dividends as he announced Monday evening that he has committed to play at Northwestern University.

“I am delighted to announce that I will be spending the next four years, in continuation of my academic and athletic career, at Northwestern University,” Hull posted on his Twitter account. “I am thrilled to move on to the next step – from the Maple Grove brotherhood to the Northwestern football family. The best is yet to come and I can’t wait to take all the things that got me to this point and use them to achieve my goals at NU.”

The 5-11, 190-pound Hull led the metro area in rushing last season with 1,915 yards and 19 touchdowns, and became Maple Grove’s career rushing leader with 4,140 total yards. He had numerous college offers from FCS-level and Ivy League schools, but said in December, before the NCAA early signing period, that he was going to wait to see how demand for services would play out after teams had a chance to assess their first wave of signings.

“Minnesota as a state is maybe not recruited as much and some guys get recruited a little bit later,” he said then. “Schools that I see myself fitting in best with are waiting to see what happens.”

Hull said at the time that not getting the offers he was hoping for inspired him to strive to do more.

“I have a really big chip on my shoulder,” he said.

Hull had also received an FBS-level, Power Five offer from Kansas State and its new coach Chris Kliemann, who had recruited him for North Dakota State before leaving. Hull said that Wisconsin had shown interest as well.