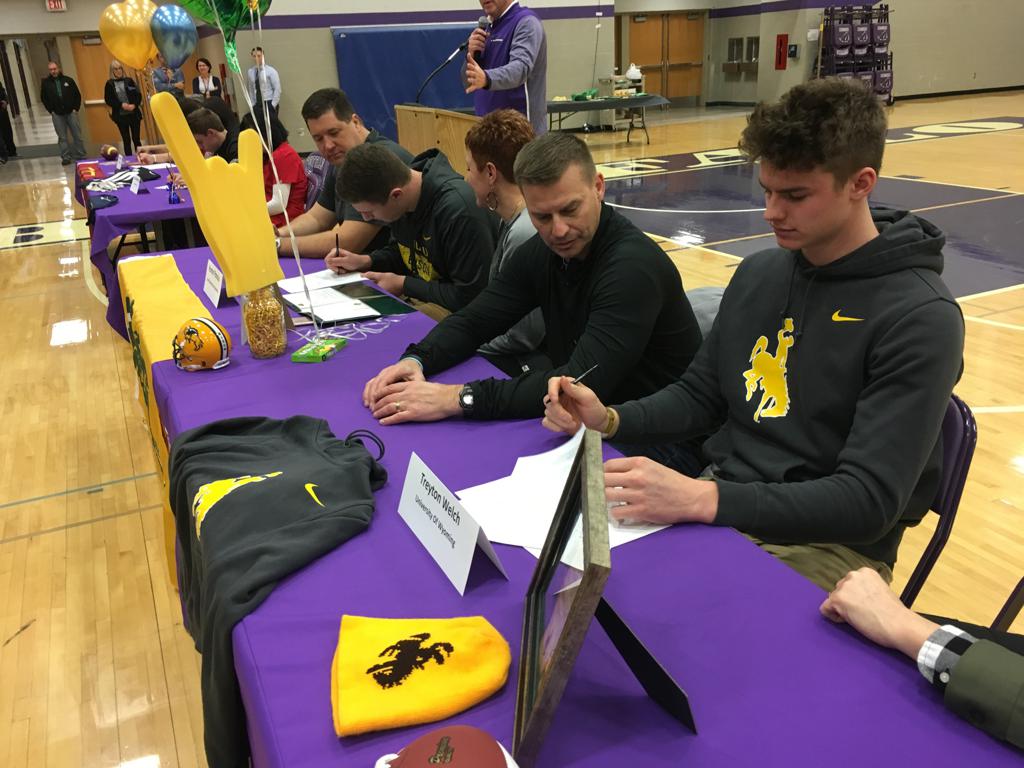 With his father, Vince, seated next to him, wide receiver Treyton Welch of Buffalo High School signed a national letter of intent to play football for Wyoming. Photo by Jim Paulsen.

There’s a list of goals on the wall of senior Treyton Welch’s bedroom that has been there since he was in middle school.

“I put them up there when I started lifting with my dad,” said the 6-4 Welch, who holds nearly every Buffalo High School receiving record. “They’ve been there ever since.”

Welch recited them from memory.

“It was make varsity, start on varsity, make the Nike Opening (football) camp, make the U.S. national team, play Division I football,” he recalled. “So far, I’ve reached all of them.” 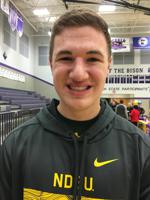 The glue-fingered Welch had kept friends, media and college coaches in the dark about his plans until sunrise on signing day.

The reason? There was still hope for an offer from a Power Five FBS school. Minnesota dangled a preferred walk-on spot. Nebraska and Iowa had him in wait-and-see mode. Area FCS schools such as North Dakota State, North Dakota, South Dakota State and Northern Iowa had made offers. But the uber-talented Welch held out for a little more.

When they didn’t, he turned to Wyoming, which had been after him from the outset.

“There were a lot of reasons,” Welch said of his commitment to head west to develop his skills at the school in Laramie, Wyo. “They’re got great facilities, I like the coaching staff, the full ride. They said I was the missing piece to their offense and I might be able to start right away.”

Buffalo coach Todd Boumann, an NFL quarterback for 13 years, said he expects Welch will have the FBS teams that didn’t offer him a scholarship regretting their decision.

“He’s the most naturally gifted player, the most gifted athlete, I’ve ever coached,” Boumann said.

There’s one more yet to reach goal on Welch’s list: Play in the NFL. 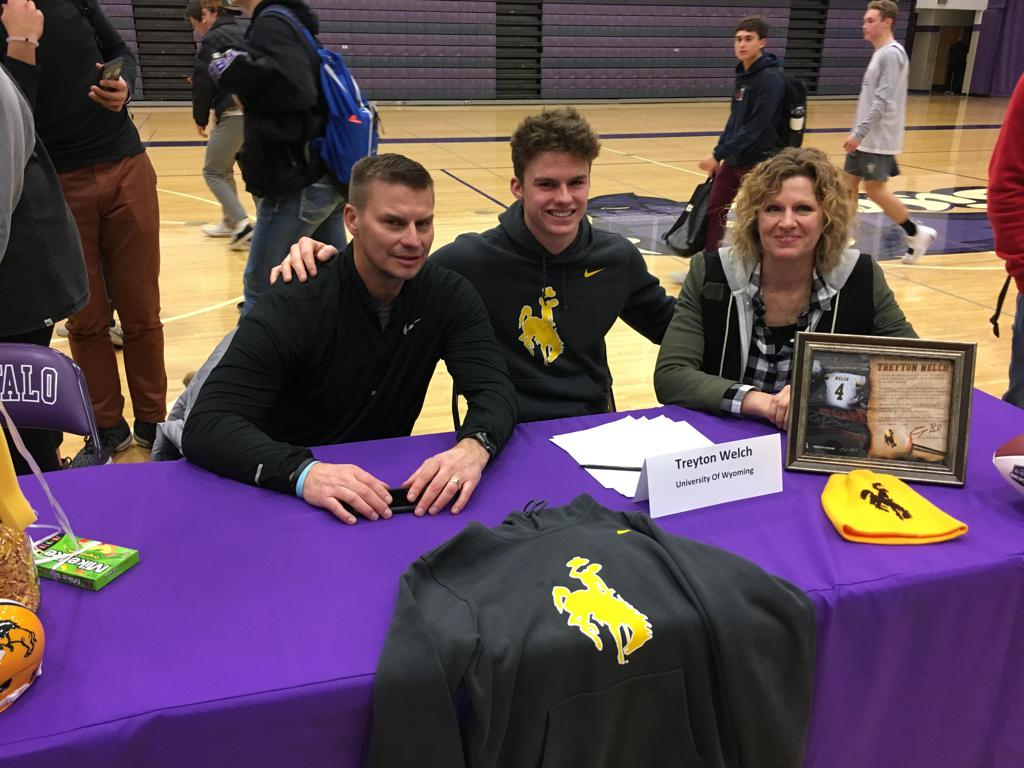 Treyton Welch's parents, father Vince (left) and mother Sharif, were with him when he signed his letter of intent Wednesday at Buffalo High School. Photo by Jim Paulsen