How to pick Lakeville North vs. Eden Prairie? We asked coaches who faced them

Three coaches who lost to both Eden Prairie and Lakeville North supply insights, as do our staff analysts. 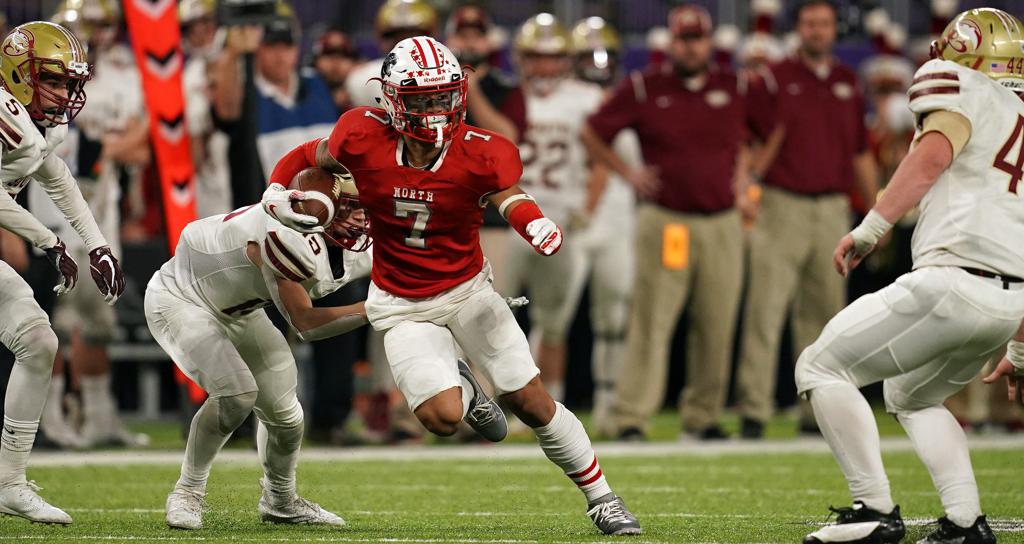 When the Class 6A football format was developed and adopted in 2012, a Prep Bowl championship game like the one Friday evening is what the state football coaches association had in mind.

In one corner, there is Eden Prairie (10-1), arguably Minnesota’s most successful program, winners of 11 state championships in 13 Prep Bowl appearances, all since 1996. In the other, Lakeville North (12-0), considered the most talented team in the state this year. Since defeating the Eagles 14-0 on Sept. 7, the Panthers generally have been considered the state’s best.

The teams faced and defeated three common opponents this season: Maple Grove, Prior Lake and Wayzata. We asked the coaches of each for their insights on the championship finalists, who square off at 7 p.m. Friday at U.S. Bank Stadium.

On Eden Prairie: “They expect to win over there. [Quarterback Cole] Kramer is a winner and what he gives them is the ability to create on his own on broken plays. They can throw it, but in the past few weeks they’ve run better.”

On Lakeville North: “Their defensive line is so big and athletic; when Kramer scrambles, they can make the tackle. Their size on the offensive line is enormous. They can run straight at you and not care. [RB] RaJa Nelson is a vertical threat, especially with how they run the ball.”

On Eden Prairie: “Mike Grant always finds something where he can get you and that’s why [Eden Prairie is] hard to pick against this time of year. They are a different team than when we saw them (on Sept. 14). They moved that defensive lineman [Felipe Izumi] to fullback and that was key for them.”

On Lakeville North: “This is one of the better high school teams I’ve seen. And they have momentum in their favor. When we played them, they had a chip on their shoulder.”

On Eden Prairie: “They’ve been there. It’s not new for them. A few guys changed positions and it gave them the ability to do what they want to do. It made them the physical team they want to be.”

On Lakeville North: “That’s a big, physical team on both sides. And they are on a mission to get something done.”

Pick: “Lakeville North. It will be a battle of wills between two teams that will show up and do what they do.”

When the teams played in the second week of the season, it was largely a standstill save for a five-minute stretch in the third quarter. Lakeville North scored twice in that span, one the end product of a long interception return, leading to a 14-0 Panthers victory. It’s likely momentum-turning plays will define this one.

Lakeville North plays with a feeding-frenzy style that infects the entire team. The Panthers are more than attitude, however. Lakeville North has top-end talent up and down its roster. On defense it’s linemen twins Will and Eli Mostaert and Landon Carter. On offense, linemen Bryce Benhart and Jack Hansen to running back Brian Curtis Jr. and do-everything athlete Nelson.

Coach Brian Vossen said earlier this season that one of the adjustments he made was to scheme less and lean more on the team’s strengths, which are running the football and shutting down opponents on defense. Can’t argue with the results so far.

The Panthers have soft spots, though. Quarterback Brennan Kuebler has managed the offense well, but if the running game sputters, questions remain if he can throw well enough to keep the Panthers moving.

Eden Prairie’s coaches are masters at devising a plan to take away an opponent’s strengths. Linebackers Quentin Matsui and Collin Penn are fast and physical and could make it tough for Lakeville North to run. The feet of Eagles quarterback Kramer make him special. He throws well, but when the pocket breaks down, his ability to outrun defenders saves plenty of drives.

This feels like a Lakeville North victory, but it will be a battle.