The game is scheduled to start at 1 p.m. Friday. 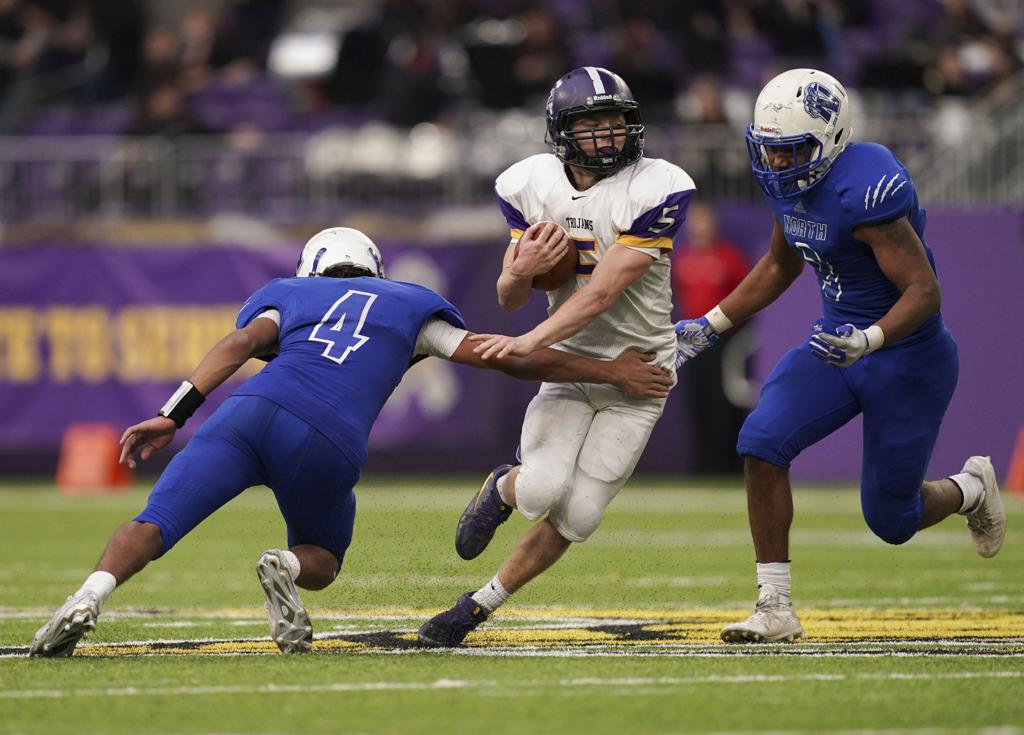 Caledonia has won eight Class 2A titles since 2007, including the past three. The Warriors have a 53-game winning streak, the second longest in state history, putting them in Eden Prairie’s class among the state’s premier programs. The secret? Coach Carl Fruechte says it’s “physicality. Play hard, fast and physical and we’ll be happy.” Opponents simply don’t outhit the Warriors. It leads to an intimidation factor that can get into opponents’ heads.

Barnesville used the currently in vogue power-T offense to befuddle Minneapolis North 34-20 in the semifinals. The Trojans planned to use the power-T to complement its traditional wing-T set, but it’s worked so well that the wing-T wasn’t needed. Caledonia defeated Barnesville in the 2016 semifinals, but Barnesville coach Bryan Strand doesn’t expect a similar result. “We have 13 seniors who were here as sophomores, so they aren’t dazzled by the atmosphere and the huge stadium.” It should be closer, but this is Caledonia’s time of year.