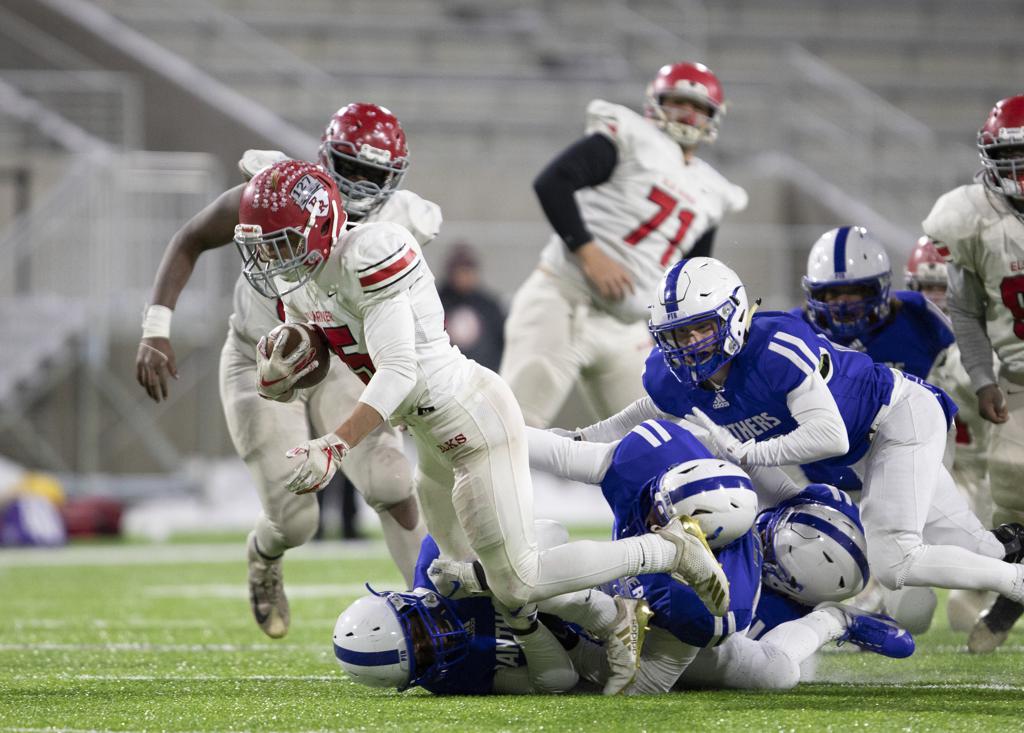 Jim says: Curious that neither school — one in southern Minnesota, one on the Iron Range — is anywhere near a mountain. That said, MIB has the bigger hill to climb. Mountain Lake 40, Mountain Iron-Buhl 16

David says: Mountain Lake, ranked No. 5 in the final Associated Press poll this season, is the favorite. MIB, in its first semifinal since 1972, will battle. Mountain Lake 31, Mountain Iron-Buhl 21

Jim says: If Minneapolis North can win against a hard-nosed team like Redwood Valley in the snow and the cold, I can’t imagine them getting worse on the fast turf and climate-controlled conditions of U.S. Bank Stadium. Minneapolis North 32, Barnesville 16

Jim says: A rematch of the 2017 Class 5A championship game, won in a rout by Owatonna. The Elks have played better defense this year, and Owatonna isn’t quite as deep. The Huskies still win, but it will be much closer. Owatonna 42, Elk River 36

David says: A year ago, Owatonna turned loose its passing game in a semifinal blowout of Brainerd. This time, expect another large helping of stud RB Jason Williamson. Patient yet explosive, Williamson must dominate to prevent an upset loss. Owatonna 28, Elk River 24

David says: Willmar coach Jon Konold told Joe Brown of the West Central Tribune that while he admires the Governors’ resiliency, he gives his team an edge in depth. The Cardinals’ defensive focus will be dual-threat QB Joey Moberg. Willmar 24, St. Paul Johnson 14