The Cadets fell behind at the outset but recovered and rolled behind running back Brendan McFadden to a 35-14 victory. 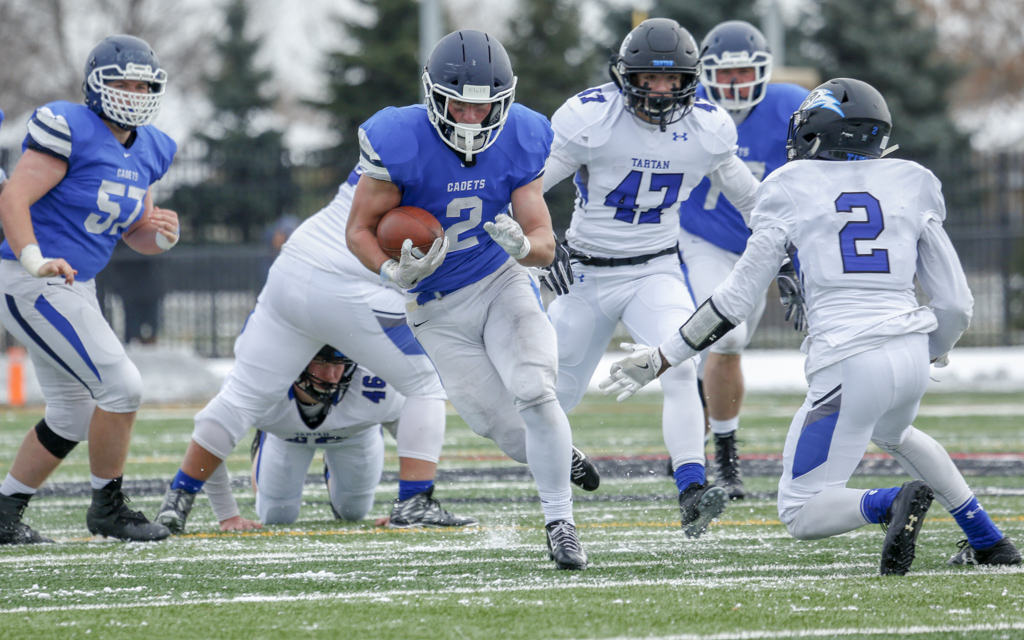 For a brief moment Saturday, St. Thomas Academy’s undefeated season appeared to be in question.

Tartan senior Zach Meyer reeled in a 32-yard touchdown pass to put his team up 6-0 at Shakopee West Junior High School. Then Cadets running back Brendan McFadden fumbled the ball on his first run of the game.

But St. Thomas Academy (11-0) responded emphatically, besting Tartan 35-14 to advance to the 5A state semifinal.

“It credits the senior leadership on the team,” McFadden said of the Cadets’ resiliency. “It all started last spring when coach [Dan O’Brien] came in and kind of set the tone for what we wanted to be as a team. It speaks volumes to what kind of a coach he is.” 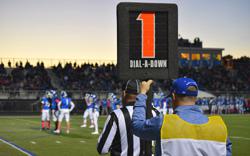 After Tartan (8-3) recovered his early fumble, McFadden heard encouraging words from his fellow running backs on the sideline. They told him to forget about the mistake and move on, he said. That’s exactly what McFadden did, running for five touchdowns.

“He’s certainly as good of a high school back as I’ve ever coached. He’s just fabulous,” said O’Brien, who took over this year after previously serving in various positions with the Gophers. “He’s a wonderful kid and he means a lot to our offense, there’s no doubt about that. Everything runs through Brendan McFadden.”

The Cadets defense bounced back from its slow start, too. Their defensive line continually bothered talented quarterback Solomon Whalen and kept the Titans from advancing the ball for much of the game.

Between St. Thomas Academy’s stout defensive front and star running back, the team is built to succeed in conditions like Saturday’s below-freezing temperatures. But after the game, the Cadets sounded excited to be headed indoors to U.S. Bank Stadium. 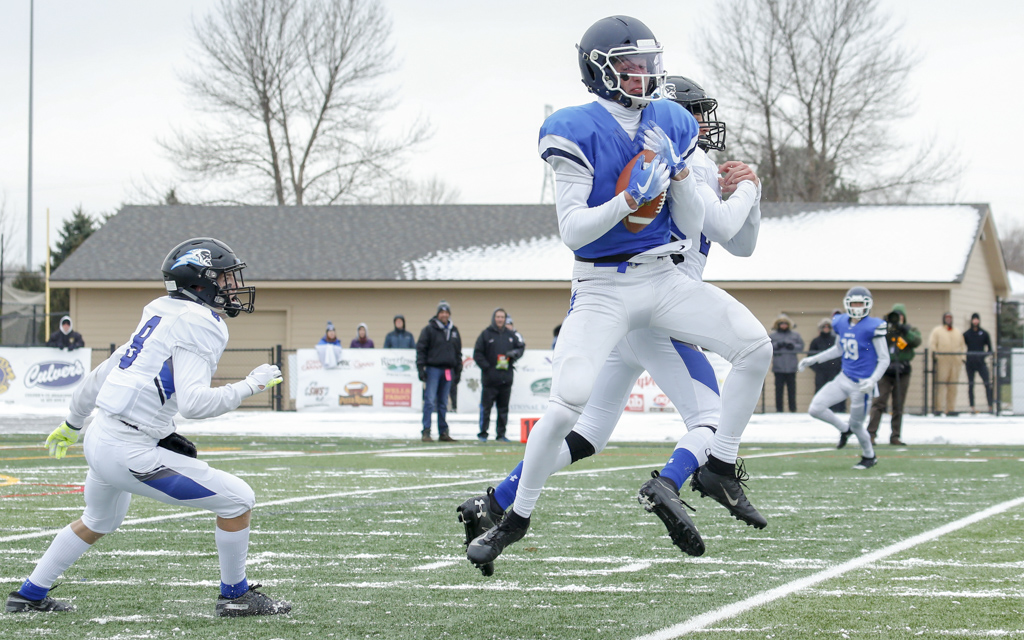 For a brief moment Saturday, St. Thomas Academy’s undefeated season appeared to be in question.

But St. Thomas Academy (11-0) responded emphatically, besting Tartan 35-14 to advance to the 5A state semifinal.

Mendota Heights-based St. Thomas Academy advances to play Nov. 17 in the semifinals at U.S. Bank Stadium The Cadets will play the winner of the game Saturday night in St. Cloud between Bemidji and Cambridge-Isanti. 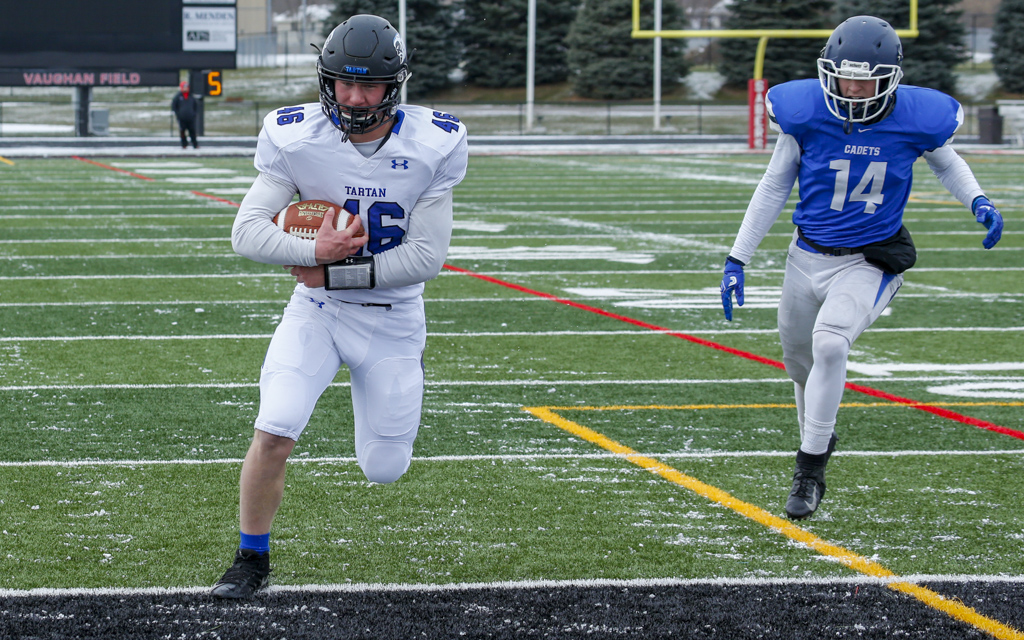 Tartan's Zach Meyer scores on a 32-yard reception in the first quarter against St. Thomas Academy. The Titans fell to the Cadets in the Class 5A state quarterfinals 35-14. Photo by Jeff Lawler, SportsEngine