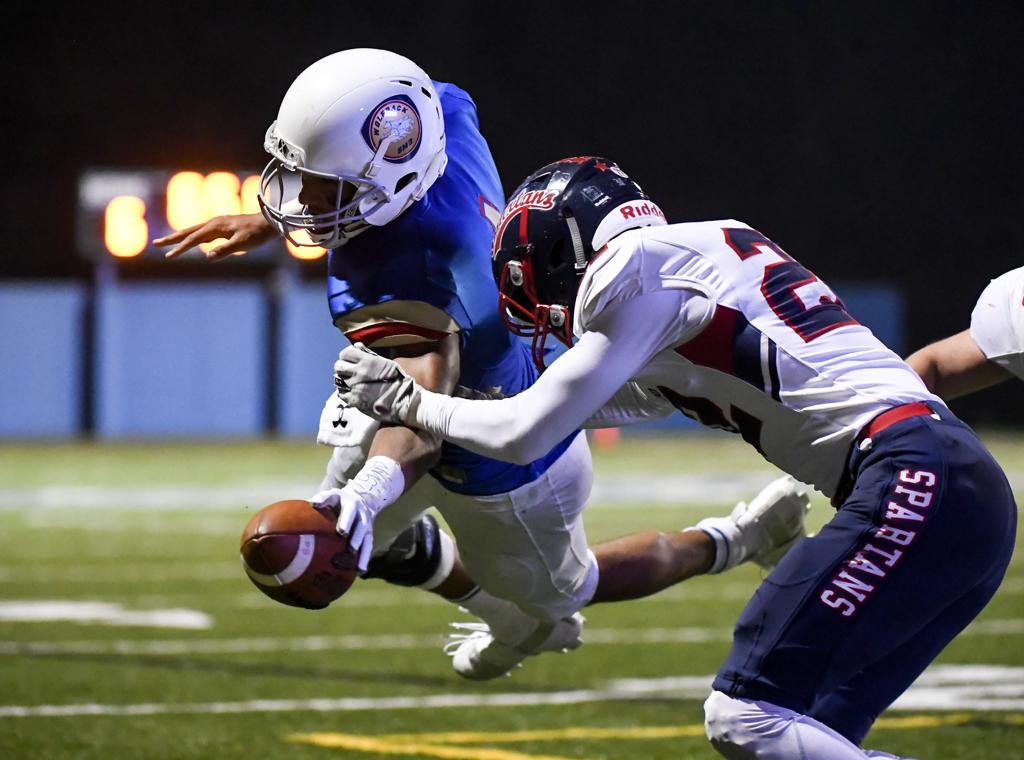 David says: Two absurdly tough defenses will set the tone, but the Polars’ recent playoff runs give them an edge in experience. Minneapolis North 14, Redwood Valley 7

Jim says: Too bad this matchup is in the quarters. It’s worthy of at least a semifinal. North’s schedule doesn’t prepare the Polars for the tough, hard-nosed teams they face at this time of year. Redwood Valley 20, Minneapolis North 14

David says: The Wolfpack, which draws from St. Paul Academy, Blake and Minnehaha Academy, showed the requisite toughness of a state championship hopeful by winning close games the past two weeks. SMB 21, Delano 14

Jim says: SMB has state championship-caliber talent. It’s grit that the Wolfpack has lacked in past seasons. Not so this year, however. SMB 35, Delano 16

David says: After Reid Patterson took over at quarterback in Week 6, Lakeville South’s average points per game jumped from nine to 47. But the surprising Cougars will find that Woodbury’s defense is a different animal. Woodbury 20, Lakeville South 17

Jim says: The thing about Lakeville South’s straight-T offense is that opponents rarely see it, making it difficult to defend. But Woodbury’s reputation is made on defense. The Royals might get gashed once or twice, but not enough to lose. Woodbury 21, Lakeville South 14