Absent from the tournament since 1981, the Governors battled back from a 22-0 deficit to defeat St. Anthony. 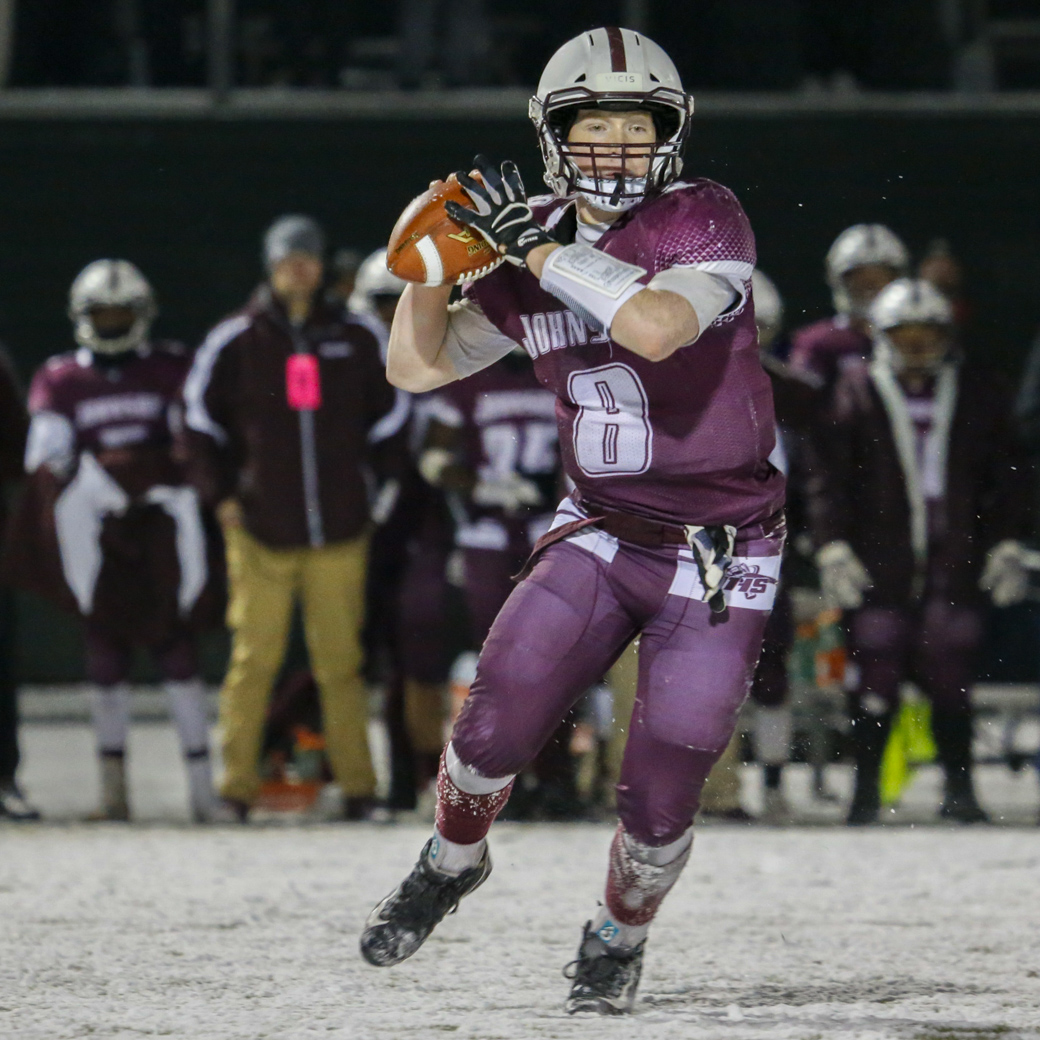 With the victory the Governors (7-4), absent from the state tournament since before the Metrodome was built, advance to the semifinals next week in U.S. Bank Stadium. 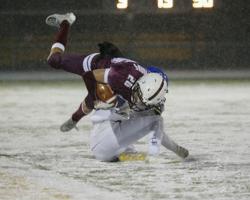 “I’ve never done anything like that in football, youth or high school, it feels great,” said quarterback Joey Moberg of his team’s dramatic comeback from 22 points down late into the first half.

St. Anthony’s backfield tandem of Johnathan Kieren and Troy Ellison had amassed more than 100 yards rushing in the first half. Kieren, a junior, scored three touchdowns in the first half, two of them coming on runs of 25 and 14 yards. He also recovered a Johnson fumbled snap for a 1-yard score on the game’s opening possession.

Joey Moberg started the Governors’ comeback with a 45-yard touchdown pass to wide receiver Luke Moberg with 30 seconds left in the first half. Joey then ran in the two-point conversion.

“We just take the game one play at the time,” said Governors coach Eric Moberg, the father to Joey and Luke, who combined for more than 100 yards through the air. “If you turn the ball over, you put it behind you. We never get too high or too low.”

A 2-yard touchdown run late in the third quarter by Johnson running back Demarion Nelson and two-point conversion whittled St. Anthony’s lead to 22-16. The Huskies (8-3) turned the ball over twice in the fourth quarter, including a fumbled punt return at midfield with just more than nine minutes to play to help set up the Governors’ winning score.

Joey Moberg’s 39-yard scoring pass to Luke Moberg tied the game at 22-22 with 6:32 left. The pair then connected for a two-point conversion pass that gave Johnson its first lead of the game. 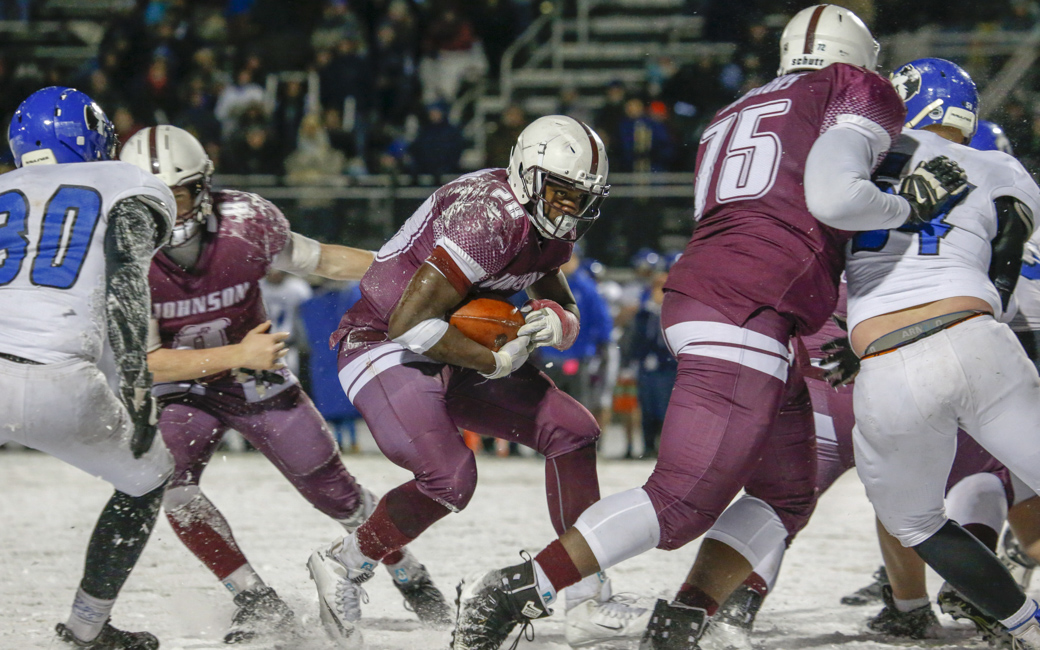 Governors running back Daimarion Nelson cuts to the outside on a 2-yard TD run, helping his team defeat the Huskies 24-22 and advance to the Class 4A state semifinals. Photo by Jeff Lawler, SportsEngine 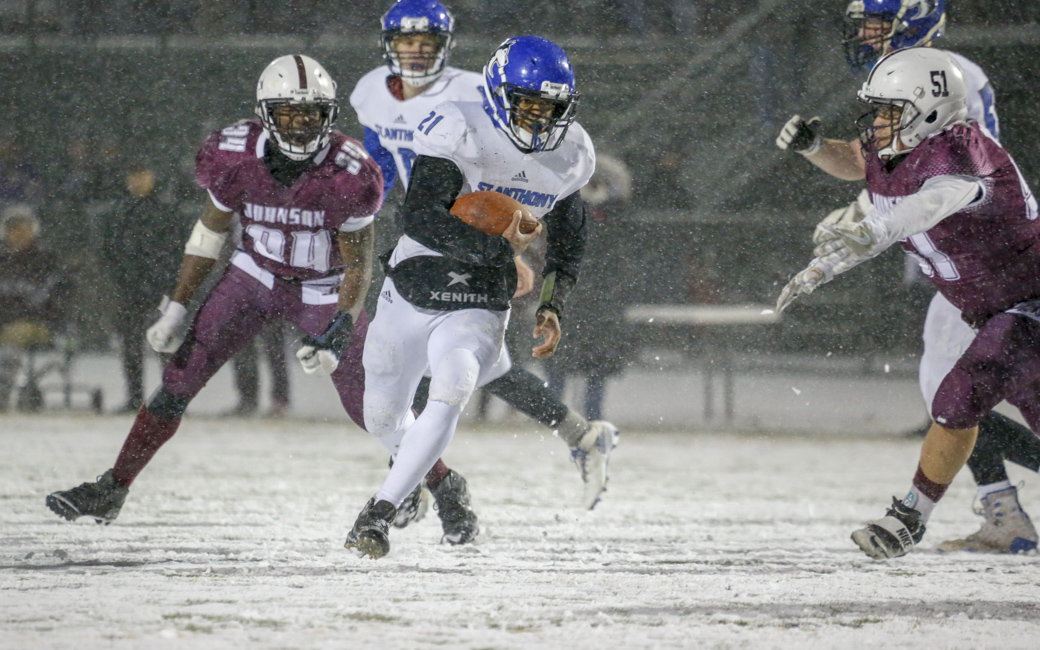 St. Anthony Village running back Johnathan Kieren looks for running room against St. Paul Johnson. Kieren scored three times for the Huskies in the first half; once on a special teams fumble recovery and twice rushing. Photo by Jeff Lawler, SportsEngine