Our reporters size up six games and offer their best guesses at the winners. 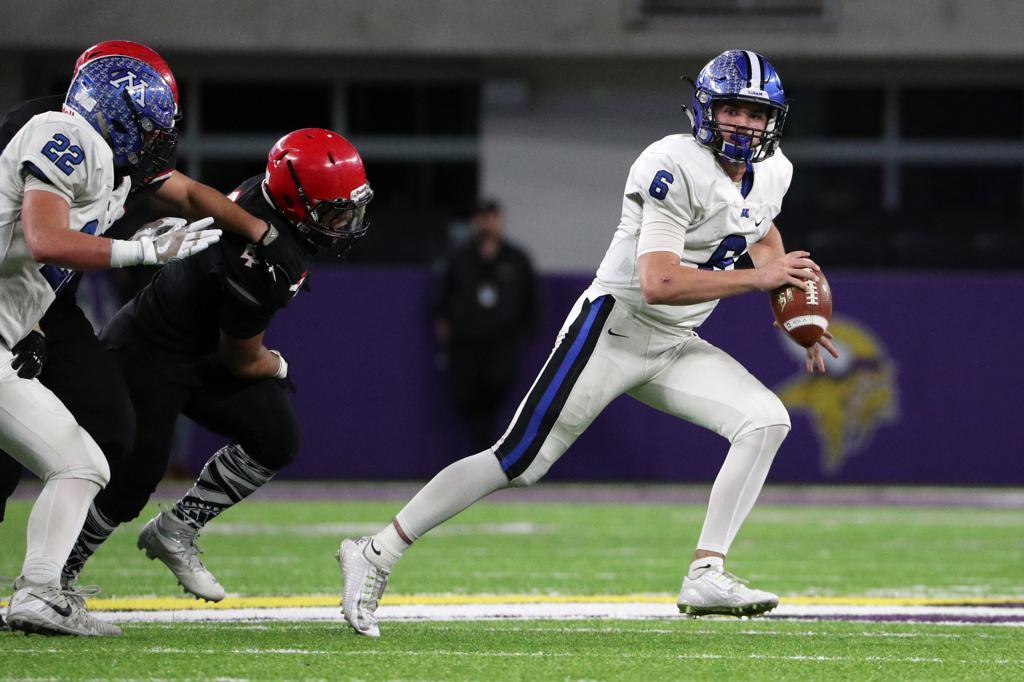 For the winners, dreams of playing in the state tournament quarterfinals are realized with a win Friday. For our prognosticators, reality has set in. Forget catching staff writer Jim Paulsen (23-12). His colleague David La Vaque (19-16) just hopes to stay above .500.

Jim says: Wayzata put it all together in a 45-0 romp over Centennial, but the Trojans have been maddeningly inconsistent. Woodbury and its staunch defense is riding a wave of confidence. Woodbury 27, Wayzata 21

David says: Woodbury changed quarterbacks four weeks ago because of an injury and hasn’t faltered. Still, this matchup makes the Royals the most vulnerable No. 1 seed. Wayzata 21, Woodbury 17

Jim says: Tonka QB Aaron Syverson doesn’t have last year’s supporting cast, but he’s still dangerous. On turf, I’d give this to the Skippers. But Rosemount’s perpetually sloppy field will work to its advantage. Rosemount 21, Minnetonka 14

David says: Kudos to Rosemount for its seven-game winning streak. But the Irish defeated one team with a winning record during that stretch. If Minnetonka plays with the proper focus, the Skippers advance. Minnetonka 17, Rosemount 7

Jim says: Is Blaine due for a letdown? Did Prior Lake right its ship, scoring 52 against Buffalo? Can Prior Lake win? The answer to each question is quite possibly yes. The Lakers are due for good luck. Prior Lake 26, Blaine 16

David says: Two games against Totino-Grace, including last week, showed Blaine can grind out victories and play solid defense. Here’s a question: Can Prior Lake’s defense rise to the occasion? Blaine 28, Prior Lake 14

Jim says: Cooper, the most talented team in Class 5A, Section 5, can look like world-beaters when focused. The Hawks looked focused in routing St. Louis Park in the semifinals. Cooper 37, Spring Lake Park 28

David says: Cooper, stopped on the state tournament doorstep the past two seasons, needs this one. Badly. The good news: The Hawks won their past two games against Spring Lake Park. Cooper 28, Spring Lake Park 21

David says: SMB showed a lot of grit in its fourth-quarter comeback victory against Orono last week. Add that to an advantage in athletic talent and you get a state tournament appearance. SMB 21, Benilde-St. Margaret’s 17