Humbled Woodbury on a roll, buoyed by tight brotherhood

After an early-season stumble, a bonded Royals team has won seven consecutive games despite losing their starting quarterback to injury. 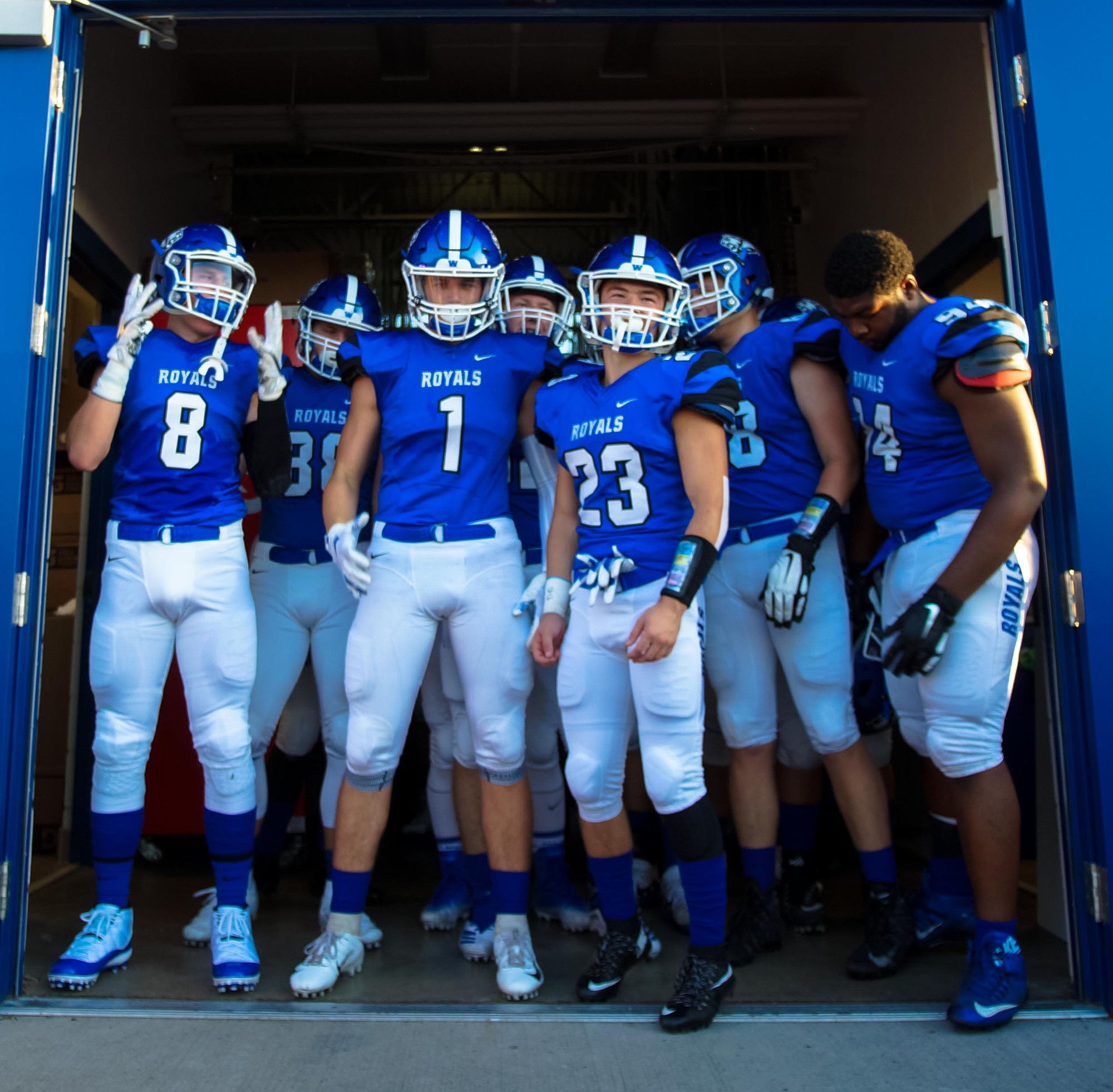 Woodbury players prepare to take the field before their home game against Roseville on Sept. 7, 2018, the second game of the regular season. Photo by Korey McDermott, SportsEngine 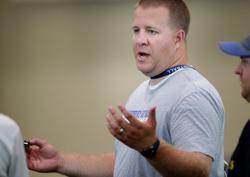 In 2016 the Royals were as talented as any team in the state. Expectations were sky high.

Then the season started.

“I blame myself for not emphasizing the culture we’d been building,” Hill said. “We were all focused on different things.”

Hill and his staff made a few changes in their approach and focused on 2017. The Royals responded, losing their first four games by a total of 15 points before reeling off four straight victories.

The stage was set for a 2018 season that has been everything the Royals expected two seasons ago. They’re 8-1 and have won seven consecutive games going into their Class 6A second-round game Friday against Wayzata.

This year’s edition may not have the top-end talent of 2016, but it has something just as valuable: An esprit de corps that overwhelms any potential setbacks.

“This is the tightest team to come through here in the four years I’ve been here,” said cornerback Jenaro Ocama, the Royals’ defacto heart and soul. “It’s a bunch of brothers.”

The difference between the current edition of the Royals and past teams was evident early. After a season-opening blowout victory over Farmington, they stumbled against Roseville, losing 27-7.

“We thought we were pretty sweet,” junior quarterback Jake Wenzel recalled. “We found out we’re not unbeatable.”

Cretin-Derham Hall and Mounds View, two top 6A programs, were next in line. Other Royals teams may have let one loss turn into three.

“That loss to Roseville might have been the best thing for us,” Hill said. “We got a big head and we got put in our place. We talk a lot about how if you’re not humble and hungry all the time, you get humbled.”

Sufficiently subdued, Woodbury responded with two big victories that got their season chugging in the right direction.

One stumbling block cleared, the Royals were cruising when misfortune struck. 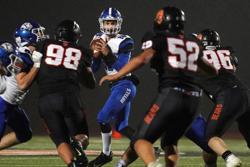 Woodbury quarterback Charlie Wilson (16) has filled in admirably after the Royals' starter went out with an injury. Star Tribune photo: ANTHONY SOUFFLE

Wenzel, who had been having a breakout campaign, was lost for the season when he suffered a lisfranc fracture in his right foot in a 33-15 victory over White Bear Lake. Again, however, Woodbury overcame. Backup Charlie Wilson stepped in and the Royals train never slowed down.

Through it all, the one constant was attitude. The team never complained, never felt sorry for itself.

One game after losing Wenzel, the Royals faced their biggest test of the season against intra-district rival East Ridge. Bolstered by a defense that has become the foundation to their success, they managed to survive the loss of Ocama, who dislocated his right elbow in the game, to win 20-17 on an overtime field goal by Cade Keesling.

“Our motto has been NLU: No let-up,” linebacker Joe Rossebo said. “It was awesome that we didn’t let up. We just kept going, kept pursing that goal. We really wanted that victory.”

Standing on the sidelines nursing a painful injury, Ocama noticed his team’s resolve.

“I saw a lot of angry, motivated guys” he said. “They played extra hard once I went out. The whole team played harder. Somebody else stepped up.”

When they host the Trojans, Wenzel will be on the sideline, his foot immobilized in a boot. Ocama may play, but chances are slim. And there won’t be a single player feeling sorry for them.

“From the start of the season, when we started saying NLU and that we’re all brothers, that’s keyed things,” Rossebo said. “Our whole team are brothers, not just our starters. We trust those guys as much as the main dudes. We’ll be alright.”