The Panthers rallied from a 4-point deficit after two fumble recoveries in the third quarter en route to a 26-17 victory. 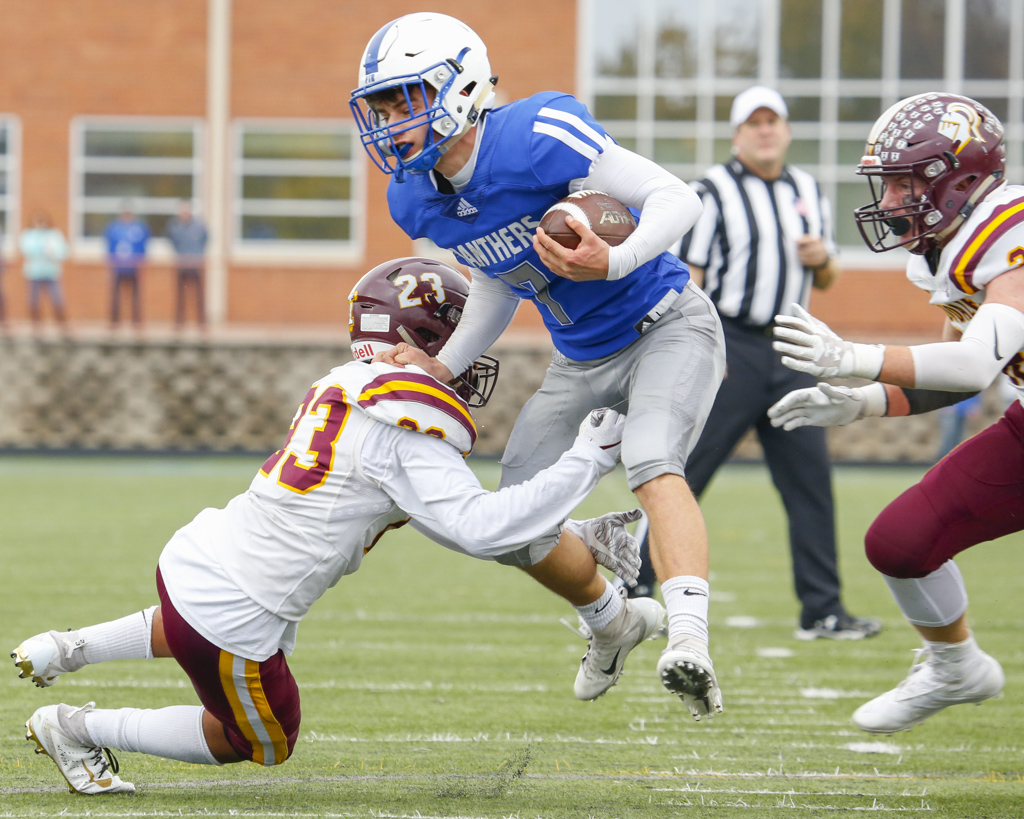 Spring Lake Park quarterback Zach Dunbar evades the tackle of Irondale's Jakobe Bass. Dunbar scored twice in the second half to lift the Panthers to a 26-17 victory over the Knights. Photo by Jeff Lawler, SportsEngine

Two plays from scrimmage later, the entire game Saturday had changed, leading to a 26-17 victory for the Panthers in the Class 5A, Section 5 semifinals.

Play No. 1: Irondale returned the favor, fumbling the ball back to host Spring Lake Park at the Panthers’ 28 yard line.

The Panthers scored on a Dunbar run two plays later, giving them a 12-10 lead.

“That was a huge momentum swing,” Spring Lake Park coach John Stewart said. “It’s such a big thing in high school football to get a turnover.”

To emphasize the shift in fortunes, Irondale’s star running back Parker Freiberg fumbled on the Knights’ next play from scrimmage, once again giving the ball back to Spring Lake Park.

The run-oriented Panthers then threw a curveball: a 16-yard touchdown pass from Dunbar to Nico Reimann for a touchdown and a 19-10 lead. It was Spring Lake Park’s only pass completion of the game.

“What we’ve been saying all year is that we have to pick each other up,” Stewart said. “We got those two fumbles. That was our defense picking up our offense.”

Irondale (7-3) came back and cut the lead to two,19-17, on a nine-yard scoring pass from Leighton Glodek to Aden Price, But Spring Lake Park (7-2) responded in typical fashion, using its split-veer offense to play keep-away from the opponent.

The Panthers put together a 14-play, 81-yard drive — all running plays — that ended in a 1-yard touchdown run by Dunbar. It gave Spring Lake Park a 26-17 lead and, just as importantly, took 6:26 off the clock.

“We just had to grind it down and march away,” Stewart said. “It’s what we’ve done for years.”

Questions arise occasionally about Spring Lake Park’s insistence on sticking with such a methodical offense that rarely throws the ball. Dunbar had an answer.

“Our offense is made up of little plays. Three yards here, three yards there. We try to break teams down,” he said. “It’s what we do best.” 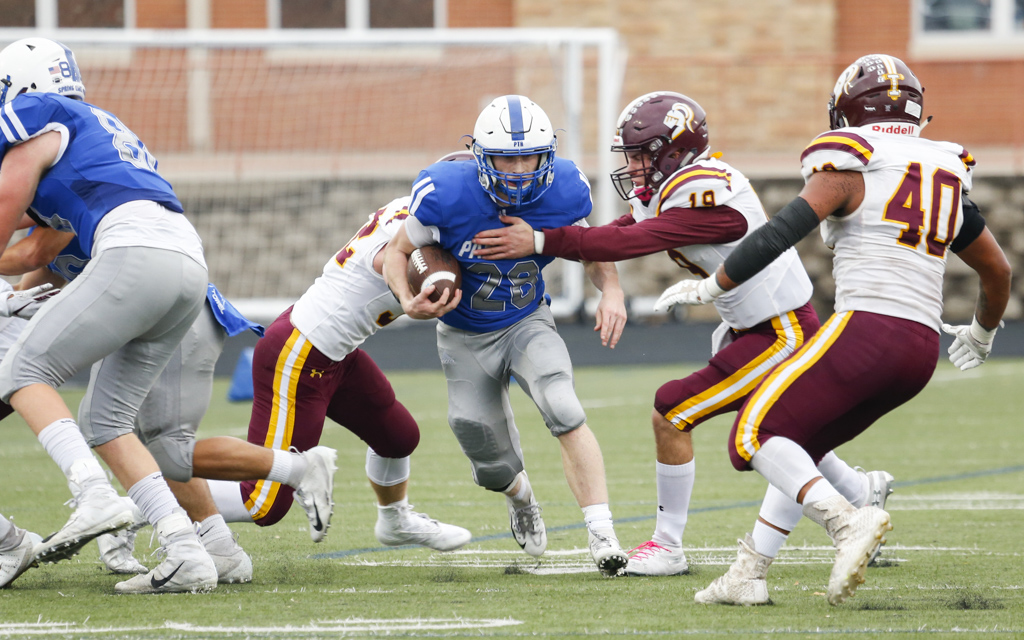 Spring Lake Park took advantage of consecutive third-quarter fumbles by Irondale to turn a four-point deficit into a nine-point lead and went on to a 26-17 victory Saturday.

Zach Dunbar scored two touchdowns and passed for a third for the host Panthers (7-2), who advance to the Class 5A, Section 5 championship game.

Check back later for more on the game, 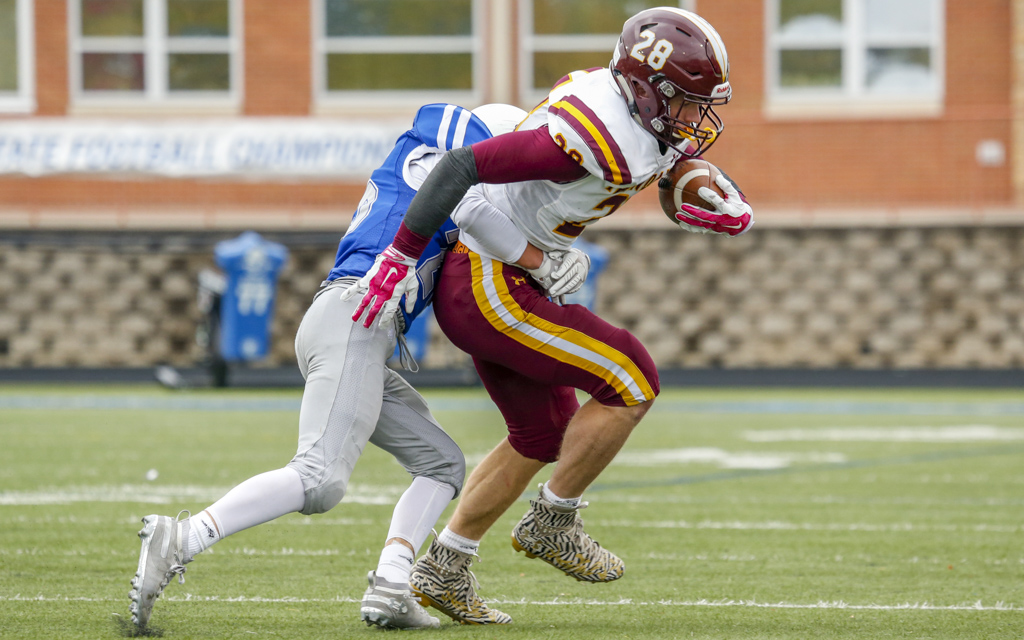 Irondale senior Parker Freiberg tries to break free from a Spring Lake Park defender. Parker had one touchdown in the Knights' 26-17 loss to the Panthers. Photo by Jeff Lawler, SportsEngine