Quarterback Cole Stenstrom and tight end Joey O’Brien connected on a 33-yard touchdown to give the Mustangs a 17-10 victory. 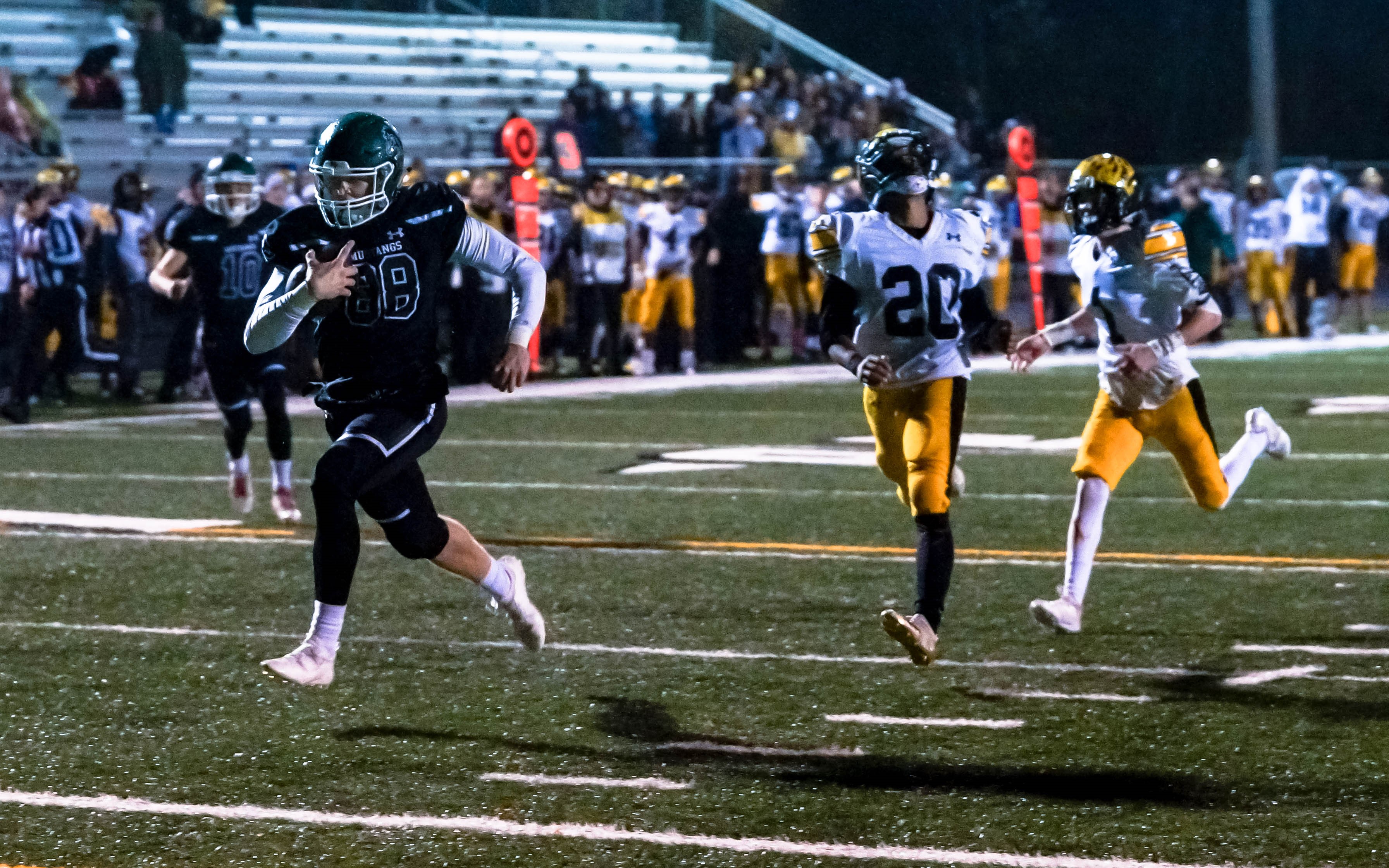 Burnsville’s Marquel Brooks (20) can only look up in agony as Mounds View’s Joey O’Brien runs past him for the game winning touchdown reception. The Mustangs beat the visiting Blaze 17-10. Photo by Korey McDermott, SportsEngine

With the score tied and less than five minutes to play Friday, the Burnsville defense had good reason not to expect Mounds View to pass the ball to Joey O’Brien.

The Mustangs had only completed two passes the entire game. O’Brien had only caught seven passes all season, none of them touchdowns.

Perhaps that's why when quarterback Cole Stenstrom dropped back on third-and- 2 and faked a handoff, the senior tight end was wide open. O’Brien caught Stenstrom’s play-action pass in stride and sprinted into the end zone untouched for a 33-yard touchdown with 4:29 to go that lifted the Mustangs to a 17-10 victory over the Blaze.

“In that situation, on third and short, we knew it was a situation where we could take a chance,” Mounds View coach Aaron Moberg said. “It was a great call by our offensive coordinator and an exciting moment for our senior tight end to come up with the winning touchdown.”

In all, the Mustangs forced five Burnsville turnovers while holding the Blaze to 183 total yards. It was their fifth consecutive game holding their opponent to 10 or fewer points.

“All year our defense gave us a chance to win and they did that tonight,” Moberg said. 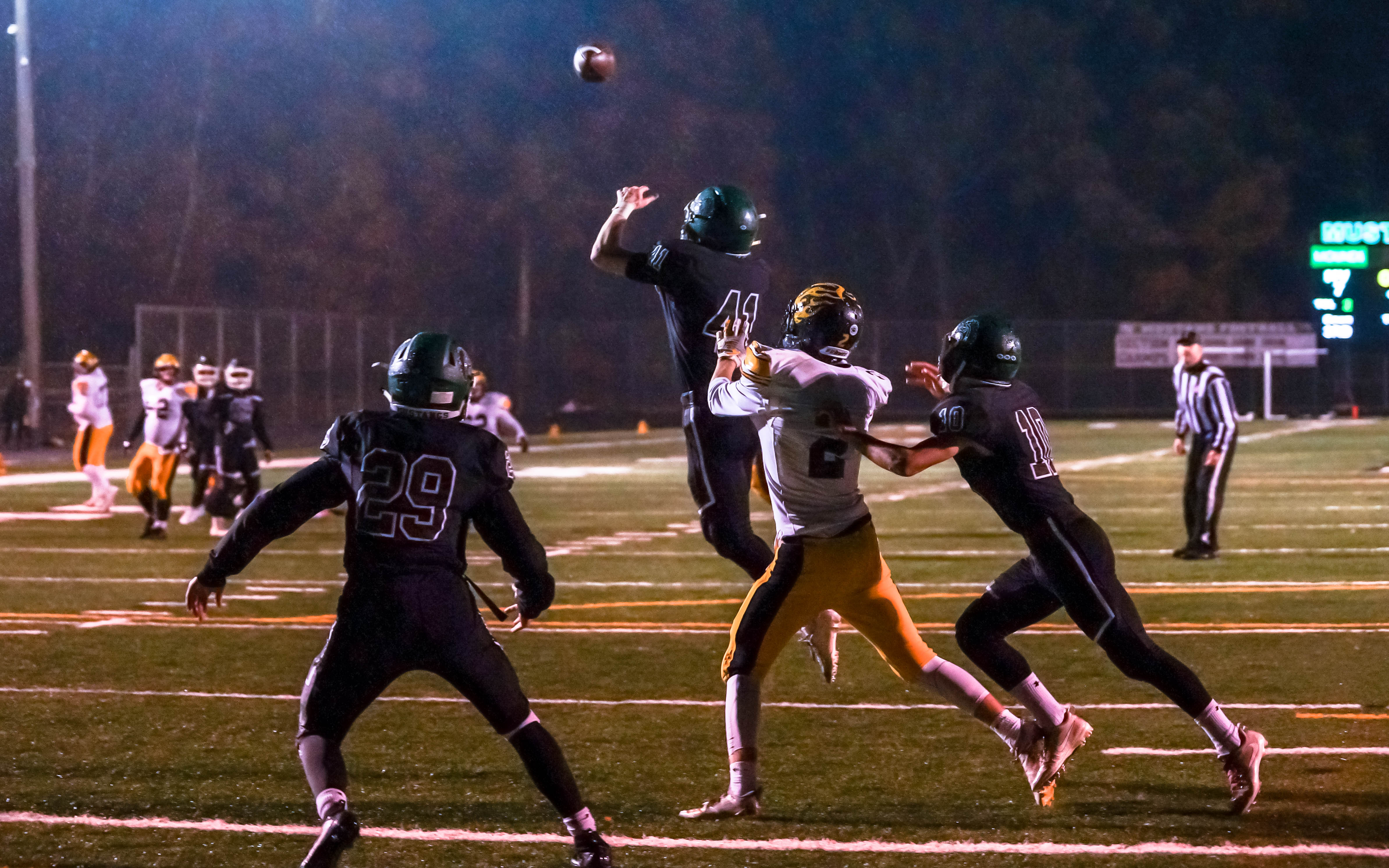 Mounds View’s Brian Tebbutt (41) with an interception at the goal line with less then 30 seconds in the second quarter to keep a 7-0 halftime lead for the Mustangs over visiting Burnsville. Photo by Korey McDermott, SportsEngine

Quarterback Cole Stenstrom found tight end Joey O’Brien for a 33-yard touchdown with 4:29 left to lift Mounds View to a 17-10 victory over Burnsville on Friday in the first round of the Class 6A tournament.

The Mustangs' Ben Kettelhut intercepted a Burnsville pass with six minutes left to set up the game-winning score. 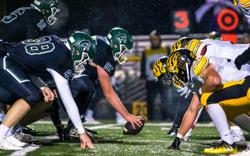 The fourth-seeded Mustangs (6-3) scored first when Trevor Redmond cut up the middle for a 5-yard touchdown midway through the second quarter. Punter Mateo Rosendahl had set up the score by pinning Burnsville at its own 5. Two plays later, linebacker Rowan Morgan recovered a Blaze fumble to set up the short score.

Mounds View freshman kicker Ben Samuel capped the first drive of the second half by making a 41-yard field goal to put Mustangs up 10-0.

Three plays later, quarterback Sam Bardwell got Burnsville (4-5) on the board with a 72-yard touchdown strike to Marcus Shepley. After a Mounds View fumble, Blaze kicker Abdirahim Abdalla connected on a 31-yard field goal that tied the score with 10:29 to go.