Heading into the playoffs, Lakeville North is the best team in the state. 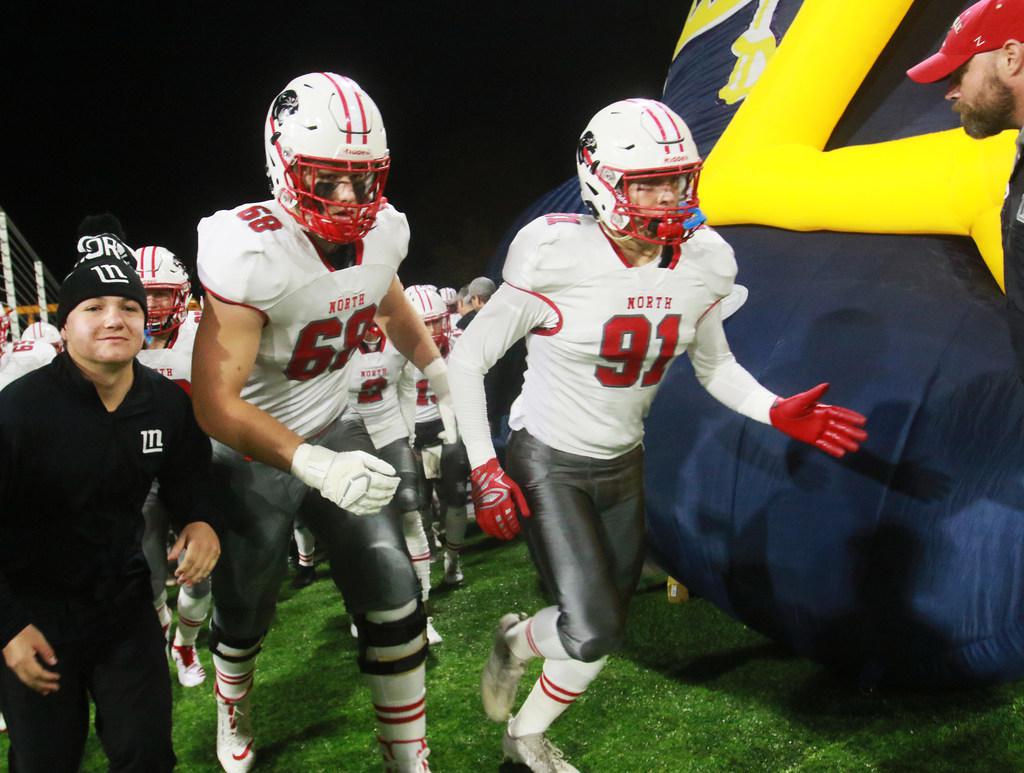 Lakeville North's 6-9 offensive lineman Bryce Benhart (68) and teammate Will Mostaert (91) head out onto the field before the start of the Panthers' game with Prior Lake on Oct. 12 at TCO Stadium in Eagan, Photo: DAVID JOLES • david.joles@startribune.com

3. Eden Prairie (7-1): Winners of six in a row and living up to expectations.

4. Woodbury (7-1): One rotten quarter — a 20-point defensive lapse in the second quarter of a Week 2 loss to Roseville — from a possible undefeated season.

6. Champlin Park (6-2): Coach Nick Keenan’s first year at the helm has been a success.

8. Rosemount (6-2): Another team that has found its late-season groove, winning six in a row.

10. Cretin-Derham Hall (5-3): After losing three consecutive, all to teams above them in the metro top 10, the Raiders have won three in a row.