Relying on the bunch formation that worked well all season, the Hawks' Justin Bach found the end zone to close out the regular season with a win. 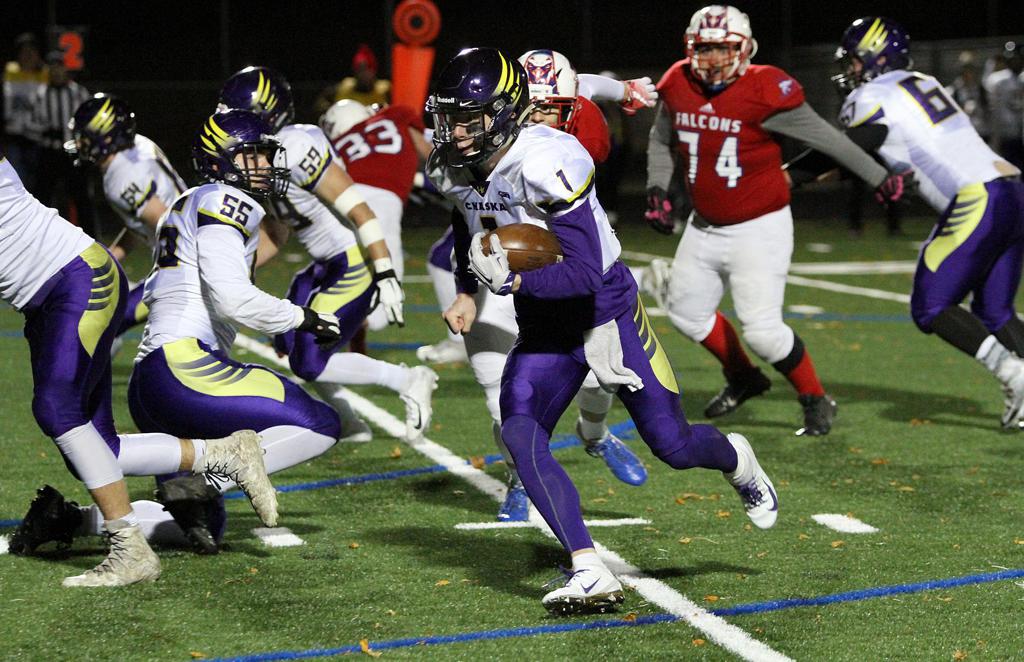 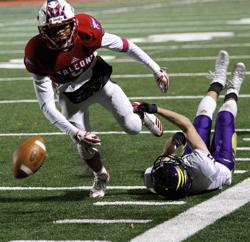 When overtime began Wednesday between Chaska and Robbinsdale Armstrong, it seemed likely that the Hawks would line up without any wide receivers and try to run the ball in from the 10-yard line.

To that point, Chaska had scored a pair of touchdowns employing that strategy with senior quarterback Justin Bach’s earlier 3-yard and 1-yard run in bunch formation. Each score came as the Hawks offensive line simply bowled past the Falcons.

Then, in overtime, Chaska’s hard-nosed approach worked again. Bach bowled in on two rushes. When the Hawks’ defense had its turn, it held down Armstrong, and Chaska escaped with a 27-20 at Robbinsdale Armstrong High School.

“We need that tough mentality,” said Chaska coach Bryan Dahl. “We need the run game to go and then compliment that with the passing game.”

In the first half, there wasn’t much of a rushing attack: Bach scored on a 3-yard run with a minute left in the half to give the Hawks a 13-6, but he and Chaska junior running back Matthew Kuntz combined for a mere 13 yards. The Hawks’ best offense came from sophomore kicker Nic Snuggerud, who booted a pair of field goals to score Chaska’s first six points.

“I really like how we played defensively tonight,” said Armstrong coach Jack Negan. “We got turnovers and were aggressive but just didn’t capitalize on offense.”

Negan’s squad had some offensive issues in the first half. Though junior quarterback Jake Breitbach ran in a 34-yard score, the entire Falcons’ offense struggled with holding onto the ball. Armstrong (4-4, 3-0) lost a pair of fumbles in the first half along with Breitbach tossing an interception.

In the second half, both teams adjusted and improved. It started with the Hawks running game. Kuntz ran for 101 yards in the second half and broke multiple runs of more than 20 yards.

“When we cleaned up some stuff at halftime and picked up their blitzes, stuff opened up,” Dahl said.

Chaska went ahead 20-14 late in the fourth quarter. After Hawks pinned the Falcons deep in their own territory, Armstrong’s offense came alive, going 90 yards on two plays, including a 71-yard touchdown pass from Breitbach to senior wide receiver Tyler Everson.

For many teams, a simple extra point would’ve put them ahead in that situation — but Armstrong hasn’t found a consistent kicker this season, so they were forced to attempt the two-point conversion. With the game tied at 20, Armstrong failed its two-point attempt and the game went to overtime.

With the momentum on Armstrong’s side, the Hawks went in excited to still be playing.

“We felt fortunate to still be playing,” Dahl said. “We thought we had let that one get away. Our guys were tired but knew they needed to buckle down.”

And they buckled down. Bach ran twice out of the jumbo formation — it’s worked this season for Chaska and it’s something the players enjoy — and scored for the Hawks.

“Our kids like getting into that heavy package,” Dahl said. “We know that if we want to win in the playoffs in the cold here in Minnesota, you have to be able to run the ball.”

With the temperatures in the 30s on Wednesday and the game coming down to the wire, it certainly had a playoff-like feel to it. But for Negan and his team, it’s time to focus on the upcoming playoffs.

“We have to flush this game,” Negan said. “It doesn’t have any impact on us going forward. We won’t even watch film on it. It’s all about us getting healthy and putting together a complete game.”

Bach’s third and final touchdown — from 7 yards out — was the overtime-winner. The senior finished the night with 80 passing yards.

Chaska (5-3, 3-1) sophomore kicker Nic Snuggerud opened the scoring with a 34-yard field goal followed by a 44-yard boot. The Hawks finished the first half with a Bach 3-yard run to make it 13-6.

Bach scored his second touchdown on the ground while junior running back Matthew Kuntz ran for more than 100 yards including two runs of at least 20 yards.

Armstrong (4-4, 3-0) had most of its offense run through junior quarterback Jake Breitbach. He got the Falcons on the board in the first half with a 36-yard touchdown run.

In the second half, Breitbach continued to carry Armstrong both on the ground and in the air, finding senior running back Nathan Perttula for a touchdown. Breitbach led a rally and threw a 79-yard game-tying touchdown to senior receiver Tyler Everson with less than two minutes remaining in regulation.

Breitbach finished the game with 256 yards in the air and 107 yards on the ground. 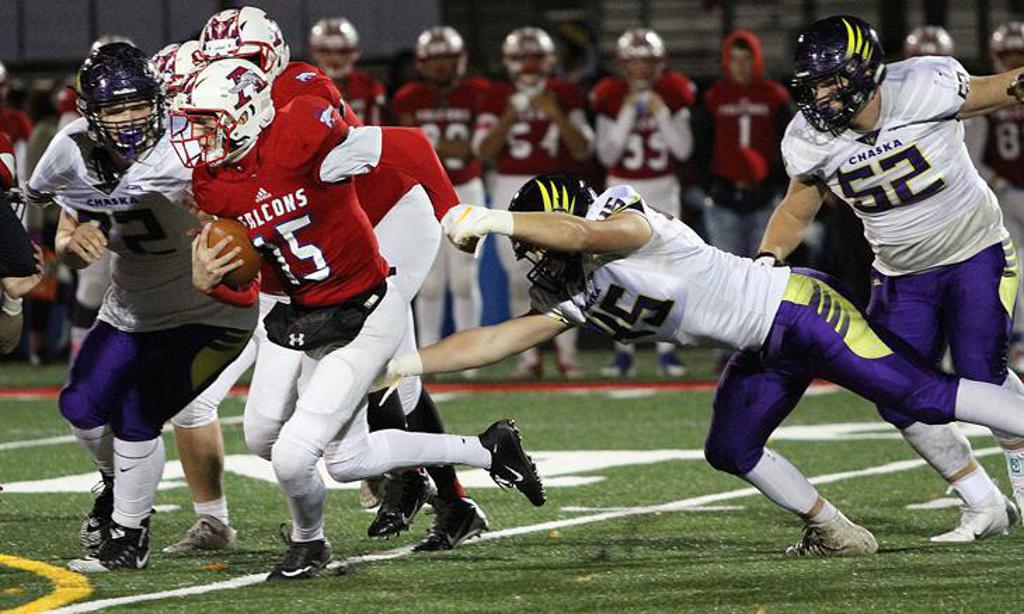