The Rebels' Bennett Otto passed for four touchdowns, two to Kato Seley, in the win. 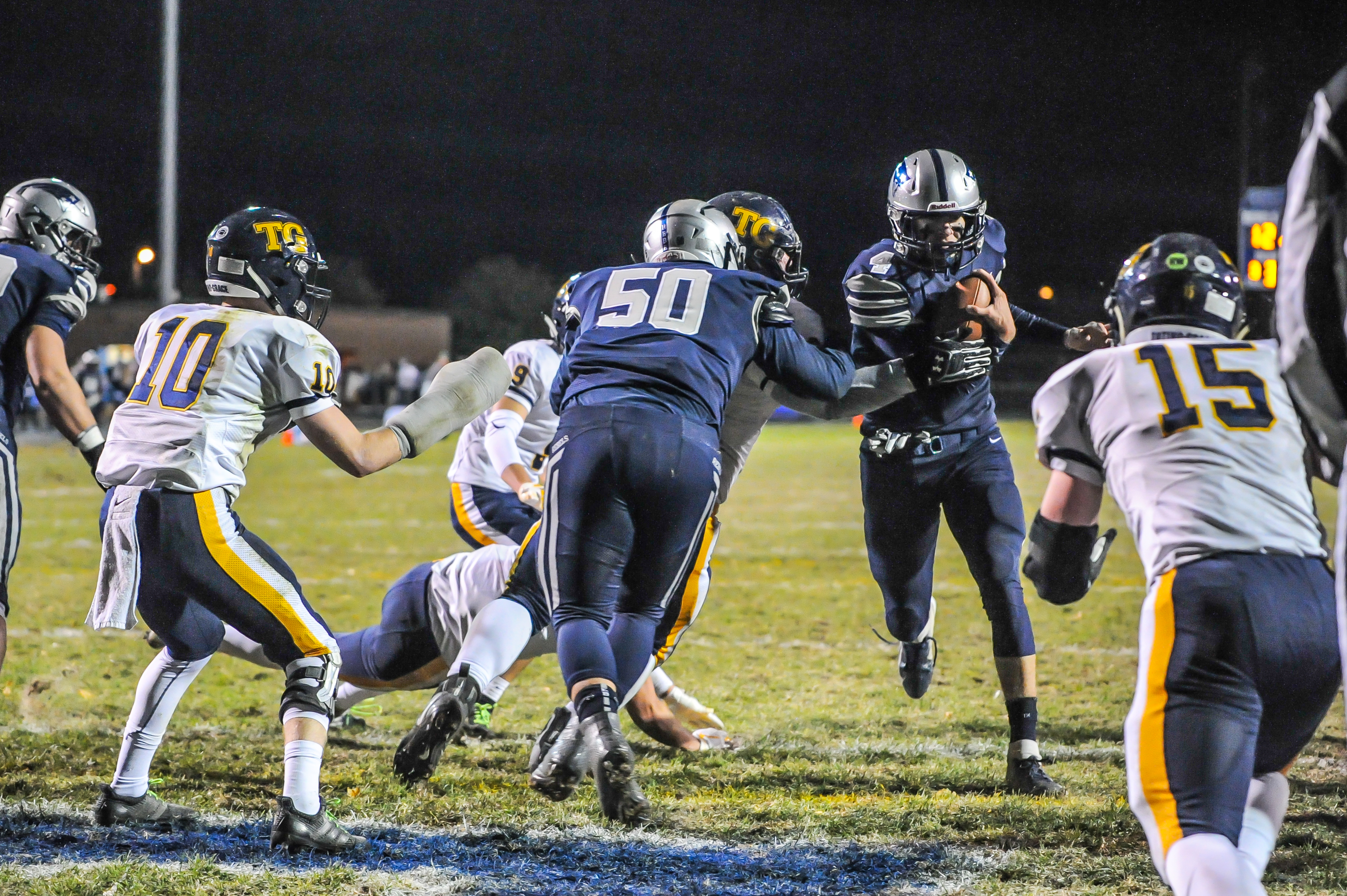 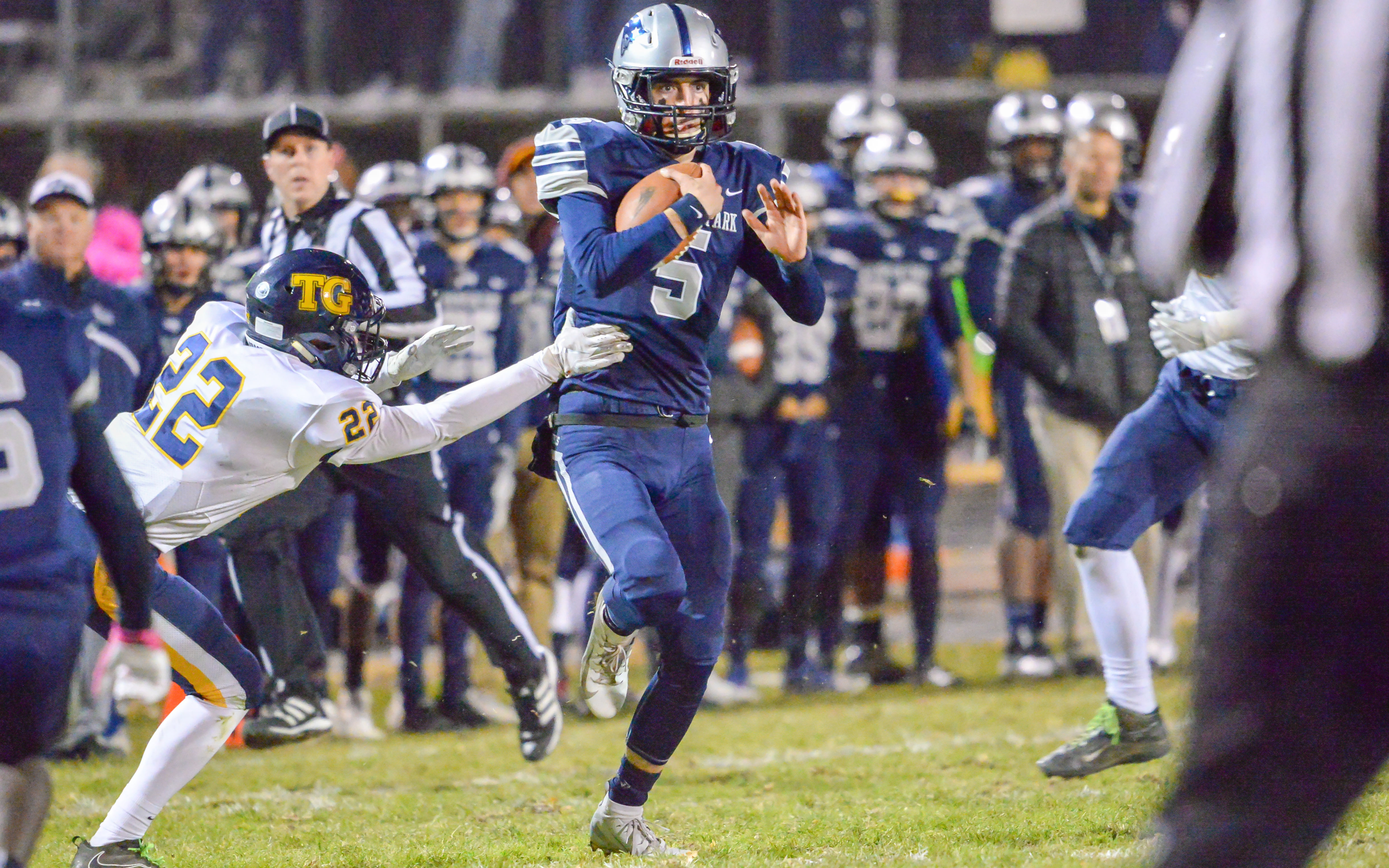 For one last time in the regular season, Champlin Park senior quarterback Bennett Otto came out of the same tunnel Tom Brady once did.

“It’s awesome. It’s a college atmosphere kind of thing,” Otto said of the former New England Patriots’ tunnel that the Rebels run through at the start of home games. “It gets us pumped up.”

Otto put up Brady-like numbers as the Rebels (6-2, 4-2) outgunned Totino-Grace 41-34 at home Wednesday night. He threw 216 yards and four touchdown passes, including three in the second half. 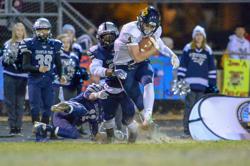 “It was just good reads by Bennett,” said Champlin Park senior running back Nick Villamizar, who had a 23-yard first-quarter rushing touchdown.

Totino-Grace (2-6, 2-4) nearly spoiled the Rebels’ efforts after an onside kick recovery with 48.7 seconds remaining in the game after Eagles sophomore quarterback Kristoff Kowalkowski had caught fire. He led the Eagles down field the previous drive to make it a one-touchdown game. Eagles junior wide receiver Sam Quick caught two clutch passes on the drive to set up a 1-yard TD run by junior running back Patrick Doran.

“They were just playing off-man most of the time,” Quick said of the Rebels’ defense. “We were able to run some underneath routes, get open easily.”

Quick caught three more passes from Kowalkowski as the Eagles moved the ball to the Rebels’ 5-yard line with 20 seconds left. The Rebels, ranked No. 6 in the Class 6A Associated Press poll, defense stopped the Eagles in the end as senior defensive back Jay Vang swatted away a potential TD pass from Kowalkowski.

“That was just an amazing defensive play by No. 11,” Villamizar said of Vang.

Both defenses found themselves on the backs of their heels throughout the contest as the Metro North subdistrict rivals traded scoring plays.

Receivers going up to catch passes from Otto characterized the Rebels’ offense against the Eagles, and in general this season. Otto, who will play Division II basketball at Augustana University next year, also plays hoops for the Rebels, with Miller and senior Kato Seley, a first-year wide receiver.

“Coaches got him out, got him excited,” Otto said of Seley. “He’s been playing well.”

Seley grabbed a deep shot on fourth down in the fourth quarter to take the Rebels to the Eagles’ 5-yard line with 4:05 remaining. It set up an 8-yard slant pass from Otto to junior wide receiver Brock Johnson, giving Champlin Park a 41-27 lead.

Totino-Grace trailed by two touchdowns twice at 19-7 and 41-27, but also led twice at 7-6 and 20-19. The Eagles, winners of 10 state titles, have fought through a historic losing season with six losses.

But Quick doesn’t believe they’ll let that define them as the postseason begins next week.

The Rebels’ senior quarterback tossed two of his touchdowns in the second half to rally Champlin Park, ranked No. 6 in the Class 6A statewide Associated Press Poll, which was down 20-19 at halftime.

The Eagles (2-6, 2-4) took a one-point lead into the break after quarterback Kristoff Kowalkowski completed a 10-yard touchdown pass to Evan Spevacek and Patrick Doran broke through the end zone on a 1-yard run with 1 minute, 14 seconds remaining in the half.

In addition to Otto’s TD passes, Champlin Park (6-2, 4-2) was productive on the ground, with junior wideout Jaice Miller and senior running back Nick Villamizar running in touchdowns. Doran, meanwhile, finished with four rushing touchdowns for the Eagles. 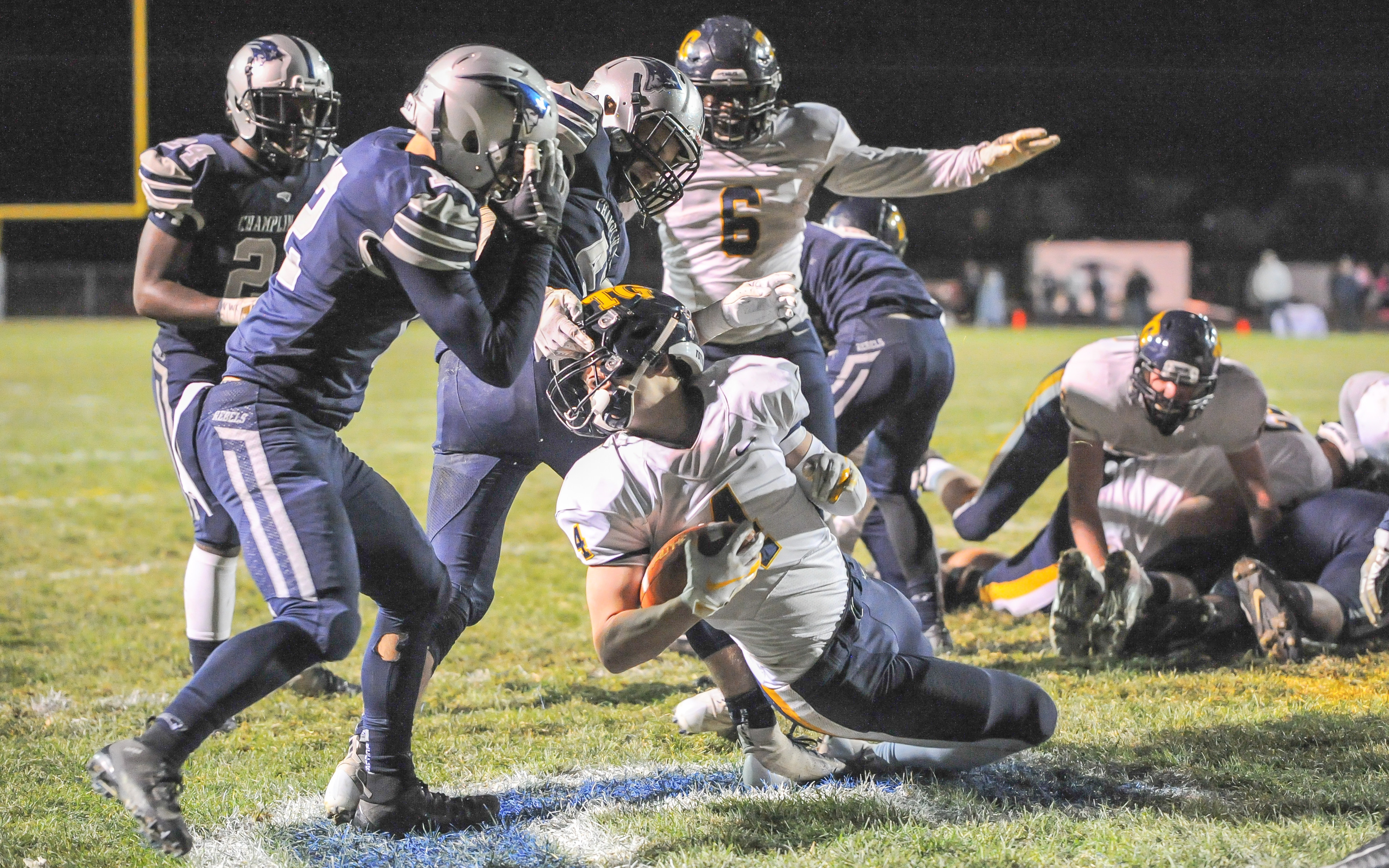 Totino-Grace's Patrick Doran breaks the goal line giving the Eagles a touchdown Wednesday night against the Rebels. The Eagles lost to the Rebels 41-34. Photo by Earl J. Ebensteiner, SportsEngine