Senior Parker Freiberg rushed for more than 200 yards as the Knights used a four-touchdown second half to put the game away. 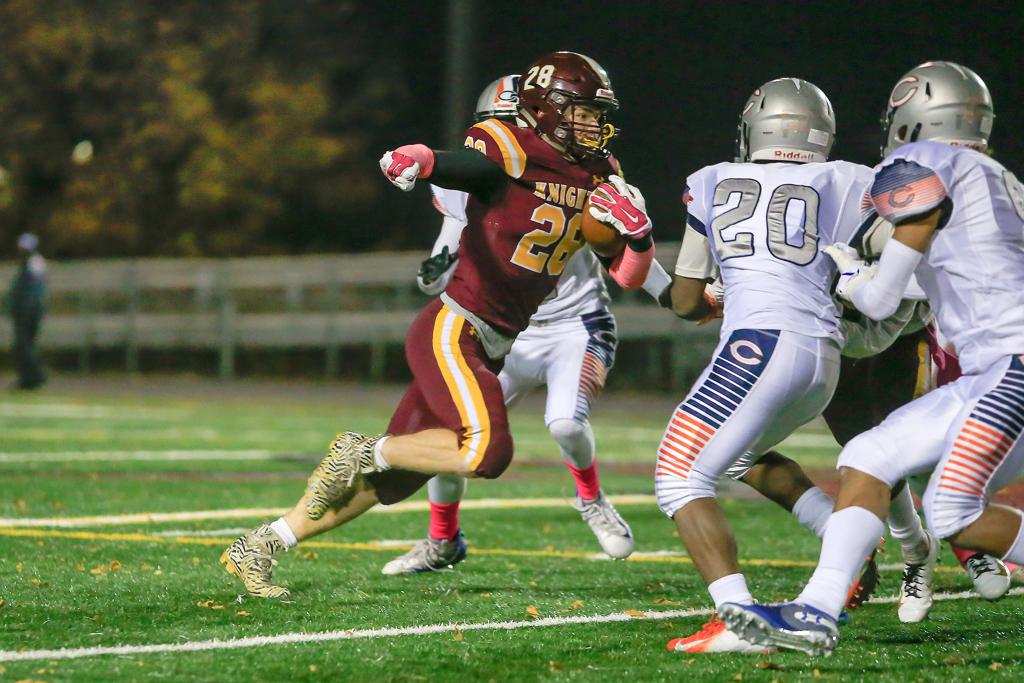 Irondale running back Parker Freiberg (28) turned the corner for a second-quarter gain against Cooper. Photo by Mark Hvidsten, SportsEngine

For Cooper, the streak is over.

The Hawks, who hadn’t lost a regular-season game since the finale in 2016, fell 41-13 to Irondale on Wednesday night, a performance that Irondale coach Ben Fuller called a “one out of 10 chance” to put away a good team like Cooper.

“We’ve been flirting with being this team all year long,” Fuller said. “So I think that the guys bought into keeping that faith and preparing this week.”

Cooper (7-1), ranked this week in the Star Tribune’s Metro Top 10, scored on the fourth play from scrimmage just 1:06 into the game with a 55-yard pass play. But the Hawks, who scored its season-low for points, went three-and-out three times in the second half.

Irondale senior running back Parker Freiberg scored on an 18-yard run on the first drive of the second half, putting the Knights up 20-13 and setting the tone for the rest of the game. Game statistics show Freiberg rushed for 240 yards on 31 carries.

“It was a defining moment for our team,” Freiberg said. “We came into halftime and we said that we just had to keep going. We knew we could beat them.” 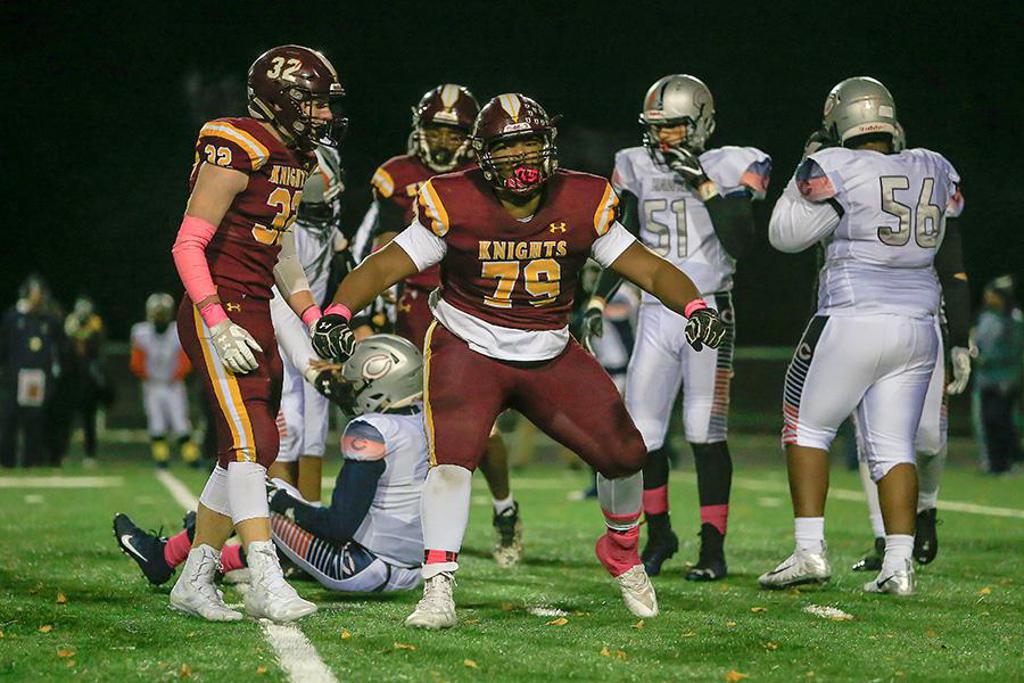 For Cooper, the streak is over.

The Hawks had won 15 consecutive regular-season games dating back to the start of 2017. Then they ran into Irondale, which came away with a 41-13 victory Wednesday at Irondale High School.

Cooper scored on the fourth play from scrimmage just 1:06 into the game but Irondale was not deterred. The Knights countered with two field goals, a blocked extra point on the defensive side, and broke a 13-13 halftime tie with four second-half touchdowns.

Cooper (7-1), ranked this week in the Star Tribune’s Metro Top 10, scored a season-low 13 points, all in the first half. The Hawks went three-and-out on their first three possessions of the second half with a slew of incomplete passes.

Irondale (6-2) kept finding the end zone to extend its lead after tying the score at 13-all in the final minute of the first half.

Irondale senior running back Parker Freiberg rushed for more than 200 yards and scored his team-leading 11th rushing touchdown from 18 yards out to give the Knights the lead for good on the opening drive of the second half. He came into the game averaging 143.9 rushing yards per game.