The Stars, ranked No. 1 in Class 4A, scored a touchdown with 29 seconds left, then saw the Wildcats miss a 48-yard field goal try in the final seconds. 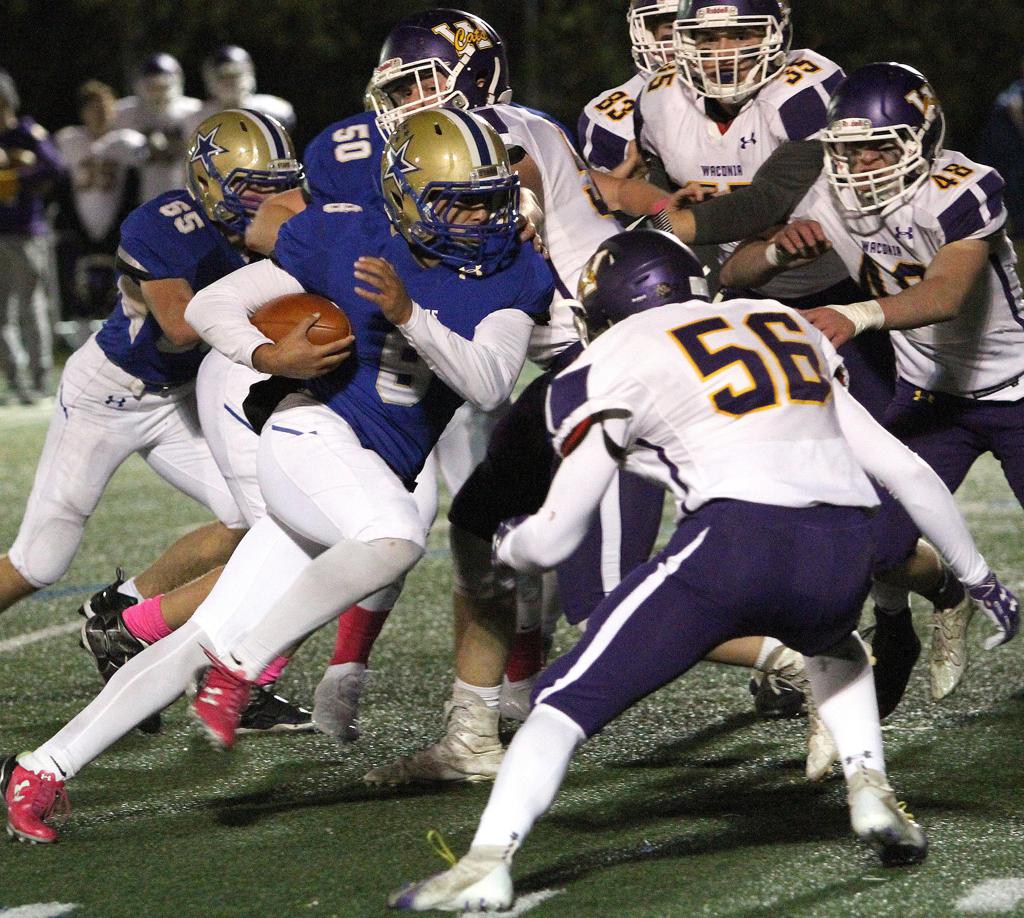 Facing fourth down and 20 with the clock winding down in the fourth quarter and the Waconia pass rush closing in, Holy Angels quarterback Rook Rowe kept looking for his playmakers.

He found one of them.

The senior slipped out of a tackle, scrambled to his left and threw the ball 50 yards to senior wide receiver Jack Hendrickson, who pulled it down between three Wildcat defenders. Six plays later, Rowe’s 1-yard sneak for a touchdown with 29 seconds left and Aaron Sanchez’s extra point combined to give the Stars, ranked No. 1 in 4A, a 7-6 victory.

“We just threw it up. We have some awesome playmakers and when the game is on the line you want to get the ball to your playmakers,” said Holy Angels coach Jim Gunderson, whose team has won 14 consecutive games. “Our mantra is that we keep playing and we play the next play. We were resilient and we persistent when we faced adversity.”

After surrendering the lead, fifth-ranked (Class 5A) Waconia then drove into Holy Angels territory. But after a delay of game penalty, Tim Stapleton’s 48-yard field goal attempt in the final seconds came up short.

Stapleton had provided all the scoring for the Wildcats (6-1) with a 29-yard field goal on the final play of the first half and a 28-yarder that put the visitors up 6-0 with 3:20 to go.

The Wildcats, led by their tough defense, looked poised to wrap up their third consecutive shutout. A personal foul penalty kept the Stars’ final drive alive and set the stage for Rowe’s fourth-down conversion.

“These were two very good defenses tonight,” Gunderson said. “Waconia is just really well-coached and is going to be a contender in 5A.” 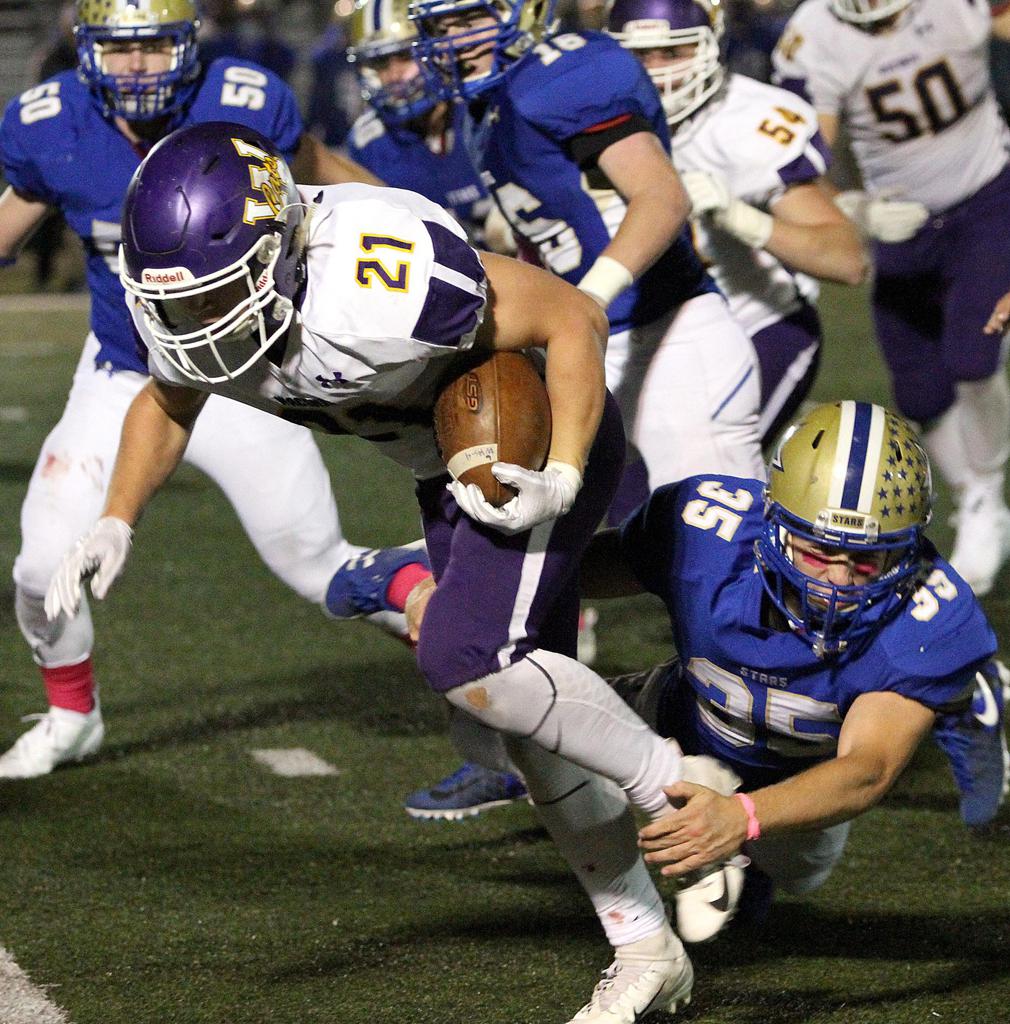 Waconia senior running back Mitch Garnatz fights for extra yardage after being wrapped up by Holy Angels' defensive lineman Alex Knoll during the second half of Friday night's game in Richfield. Photo by Drew Herron, SportsEngine

Quarterback Rook Rowe’s 1-yard sneak with 29 seconds to go lifted Holy Angels, the top-ranked team in Class 4A, to a 7-6 victory over Waconia, ranked fifth in Class 5A, on Friday in Richfield.

The Stars (7-0) looked destined to have their 13-game winning streak come to an end until Rowe completed a 50-yard pass on fourth down with 2:03 to go. Seven plays later Rowe lunged across the goal line and Aaron Sanchez followed with the game-winning extra point.

Waconia managed to get into position in the game's final seconds but could not convert on a 48-yard field goal try.

Dominant defenses kept the game scoreless until the final play of the first half when Waconia’s Tim Stapleton connected on a 29-yard field. Senior running back Mitchell Garnatz kept the Wildcats’ scoring drive alive by converting on 4th and 1 with just under a minute to go. Three plays later, the Stars committed a face mask penalty that moved the Wildcats into field goal range.

Holy Angels opened the game with a 16-play drive that reached the Waconia 5-yard line, but couldn’t convert on a short field goal of their own. The Stars committed two turnovers in Waconia territory later in the half, and missed another field goal early in the third quarter.