Trailing 28-22 at halftime, the Polars scored 32 points in the second half and held the Mustangs scoreless. 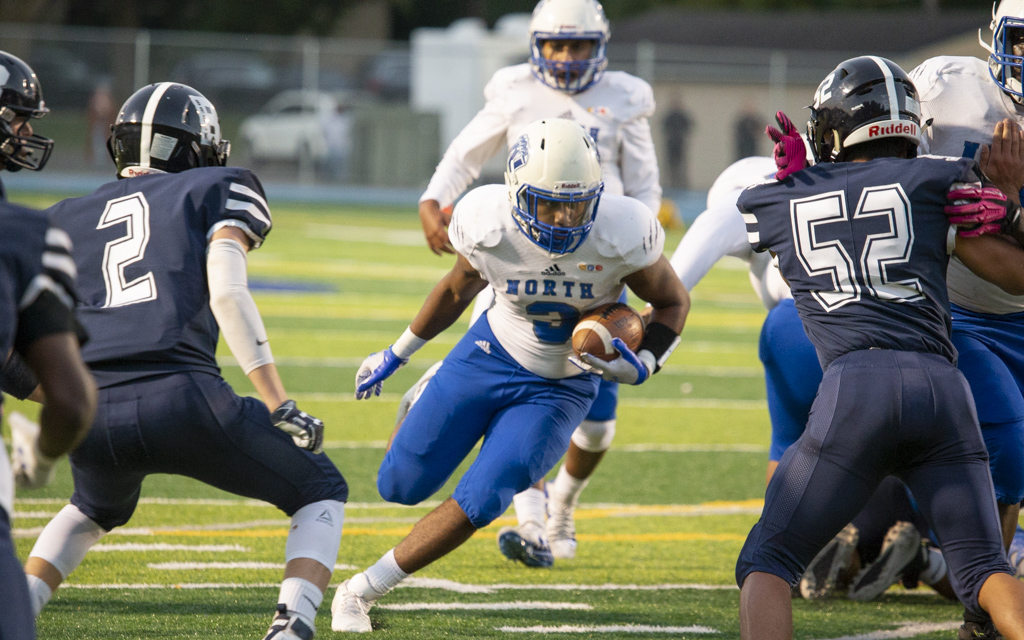 Minneapolis North senior Kehyan Porter goes up the middle for a 3-yard touchdown burst in the first quarter against Breck. The Polars defeated the Mustangs 54-28. Photo by Jeff Lawler, SportsEngine

On Friday the Mustangs gave the Polars a run for their money, taking a six-point lead  at halftime in the battle of unbeaten teams. But Minneapolis North, with a 32-point outburst in the second half, took a 54-28 victory in the Mustangs’ homecoming game.

Breck quarterback David Roddy had 63 rushing yards and completed 14 of 25 attempts for 195 passing yards. He threw two touchdown passes and ran for another touchdown to give the Mustangs their 28-22 edge at halftime. 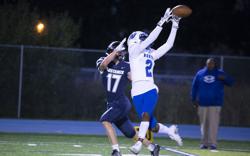 A 42-yard rushing touchdown early in the second half by Minneapolis North’s Omar Brown, followed by a 44-yard touchdown pass from Zach Yeager to Brown, spurred the 32-point run for the Polars (4-0).

Yeager, the Polars quarterback, said Breck (3-1) came out really fast. But he was able to keep his composure throughout the game because of preparation. The players, he said, spent the past week eating lunch in the coach’s office, where they could watch film to study ways to stop Roddy and his offense. 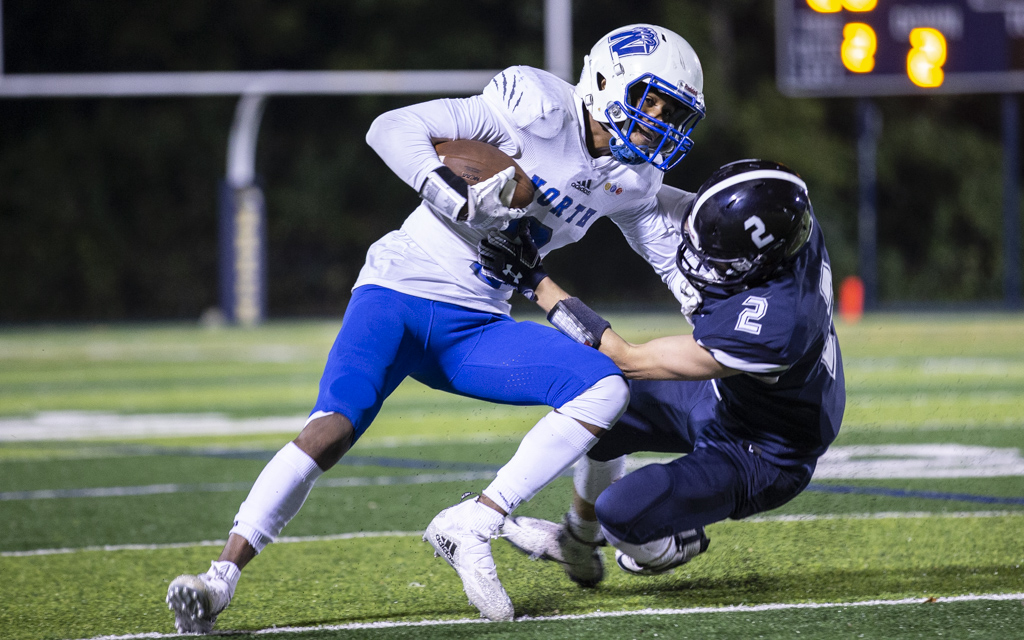 Turnovers factored significantly in the outcome Friday as Minneapolis North (4-0) rallied in the second half for a 54-28 victory over host Breck (3-1).

The Mustangs led 28-22 at halftime on the strength of senior quarterback David Roddy.

Within the first minute of the game, Minneapolis North’s Armon Dalton intercepted Roddy’s pass intended for Ethan Guell. But shortly after, Breck’s Elijah Zackery recovered a fumble and ran it in for an 80-yard touchdown, putting the Mustangs up 7-0.

Roddy, a senior, threw two touchdown passes and ran for a third score to give the Mustangs the lead at halftime.

After the Polars stopped Roddy with a sack in the backfield, Minneapolis North quarterback Zach Yeager threw a 44-yard touchdown pass to Brown.

Running back Kehyan Porter tacked on four points to the touchdowns with successful two-point conversion plays.

The fourth quarter was much like the first, with back-to-back turnovers. Breck recovered a fumble by North, followed by Dalton’s second interception catch from Roddy.

The Polars added a touchdown pass from Yeager to Eli Campbell and a rushing touchdown by Yeager. 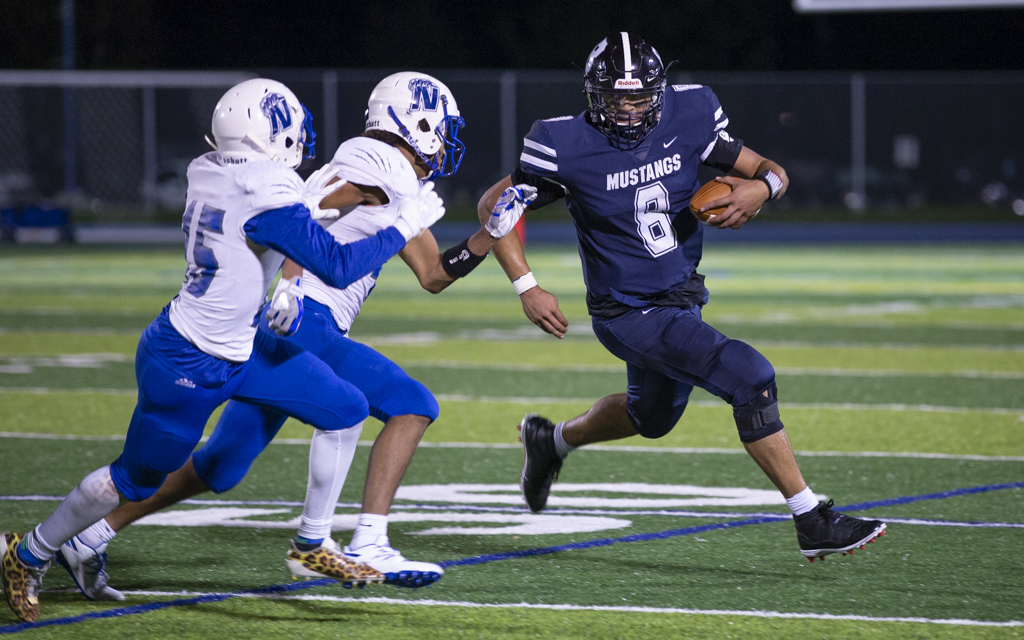