Hornets senior Matt Cavanagh has a rushing touchdown and an interception to bottle the Lightning. 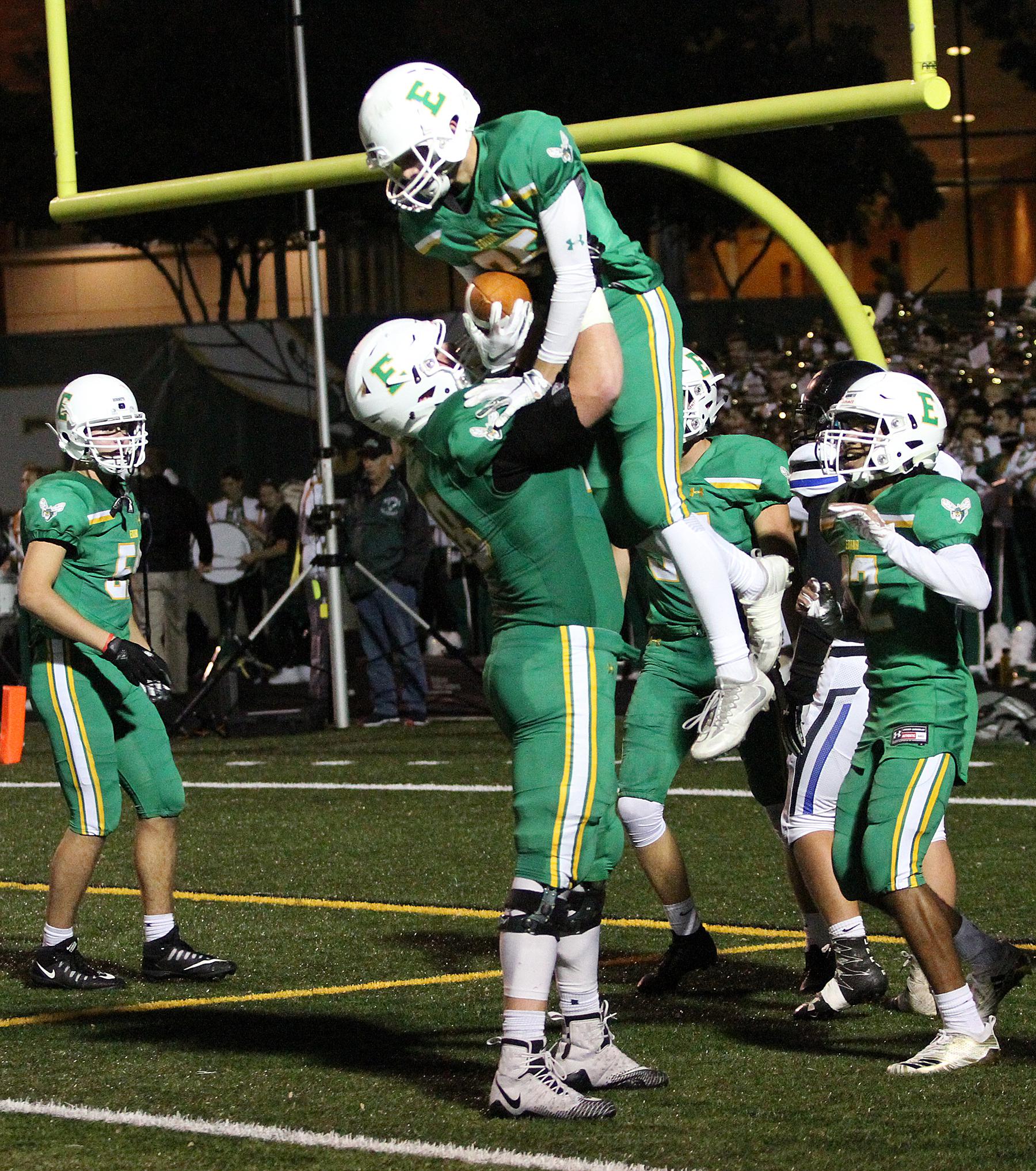 Edina scored three times in the second quarter before handing the keys over to the defense and a ball-control offense that allowed Hornets to give to their homecoming crowd a rugged 16-3 win over Eastview.

It was a satisfying end to the week for Edina senior Matt Cavanagh and his classmates, as well as a 180-degree turn from last Friday's 23-0 loss to Wayzata.

“Last week left a bitter taste in our mouth,” Cavanagh said. “All week in practice leading up to this, we wanted to come out and give 100 percent from the first play to the last play.”

Any lingering effects from that Week 3 frustrating loss were put to bed — and Cavanagh led by example.

On the first play of the second quarter, Cavanagh punched in a 1-yard score to push Edina (3-1, 0-1) out front for good. Then the Hornets wore down Eastview.

“Our guys came out with a lot of intensity, and that makes a difference for us because we are a grind it out team,” Hornets coach Derrin Lamker said. “We’re nothing flashy, but we’re physical on both offense and defense, and if we can keep it going then we might have chance.”

Eastview (2-1) struggled against the staunch Edina pass rush, and failed to sustain drives against a disciplined Hornets defensive. Edina kept Eastview out of the end zone, and forced them over on downs six times in the second half.

“Defense was really a point of emphasis for us,” Cavanagh said. “I truly believe we have one of the best (defensive) lines in the state, if not the best. They’re a bunch of goons up front and they get after the quarterback on every single play.”

Cavanagh finished with a touchdown and an interception. The Harvard-bound linebacker, running back and kickoff specialist is also a Mr. Football candidate.

“That dude does everything,” Lamker said of Cavanagh. “He’s an iron horse.”

Edina’s 6-foot-7 and 295-pound offensive lineman Quinn Carroll, a Notre Dame commit, moved to tight end after weeks of being the steady target of chop blocks. Relying on Carroll and the rest of the offensive line, the Hornets' running game bled the clock, and bent the tempo and momentum to their favor.

The win helped restore a collective confidence for an Edina team that was doing some soul-searching heading into Friday.

“We are right back on track,” Cavanagh said. “Nothing but up from here.” 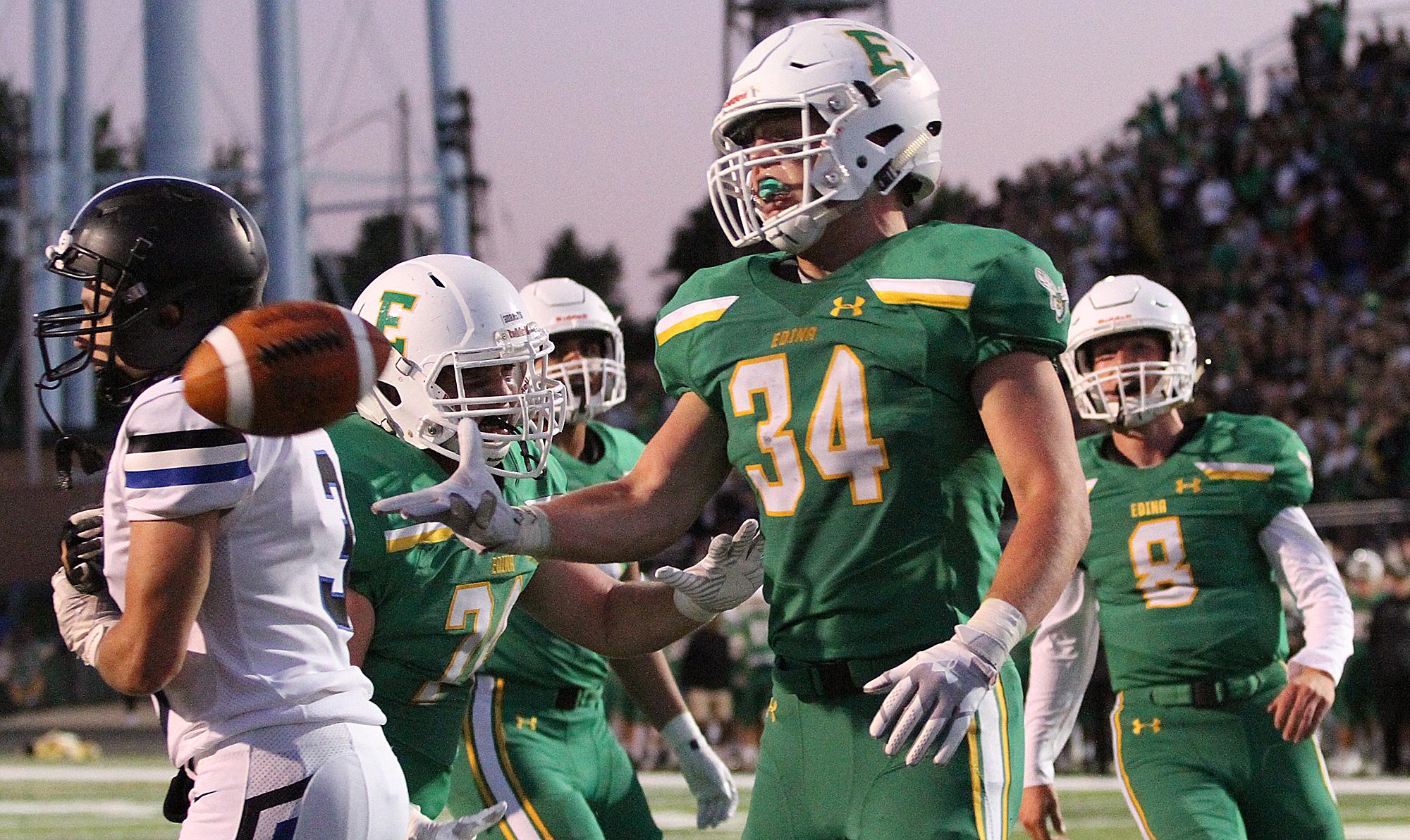 Matt Cavanagh tosses the ball to the official after scoring the game's first touchdown on a 1-yard run Friday night in Edina. Photo by Drew Herron, SportsEngine

Edina emphatically addressed the sting of last week’s 23-0 shutout loss to Wayzata with a furious effort against Eastview Friday night, culminating in the Hornets bottling the Lightning with a thorough 16-3 victory at home.

The Hornets (3-1, 0-1) broke the shutout on the first play of the second quarter when senior Matt Cavanagh punched in a 1-yard touchdown, which pushed Edina out front for good. Any lingering effects from last week’s frustrating loss were put to bed, and the Hornets went about wearing down Eastview over the balance of the game.

The second half played out scoreless as Edina bled the clock, and Eastview agonized to find its footing.

Cavanagh finished with a touchdown and an interception to drive the Hornets.

Eastview (2-2, 2-0) struggled against the staunch Edina pass rush, and failed to sustain drives against a disciplined defensive effort by the Hornets. The Lightning’s lone points came just before halftime when kicker Reece Miron hit a 37-yard field goal. 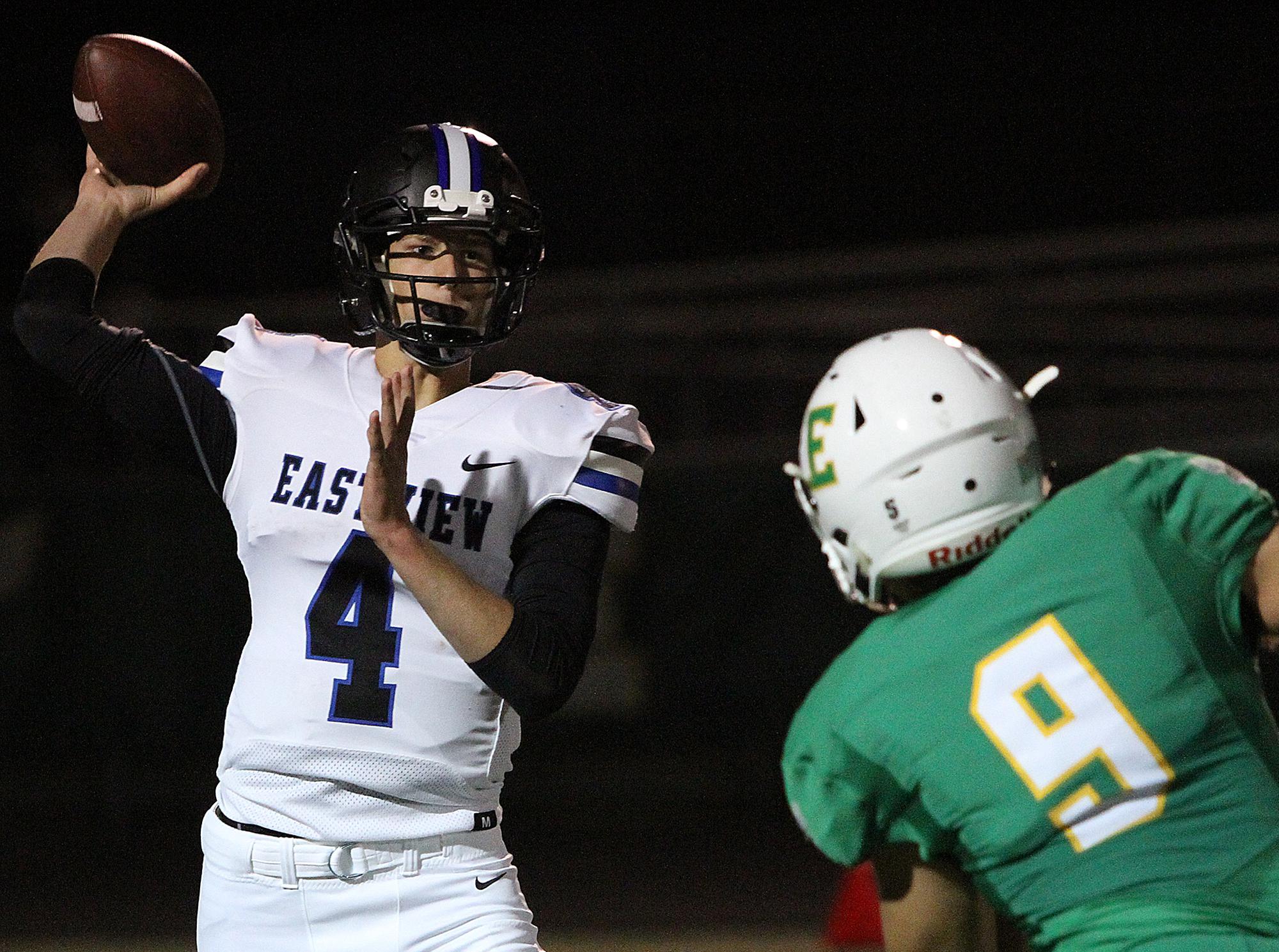