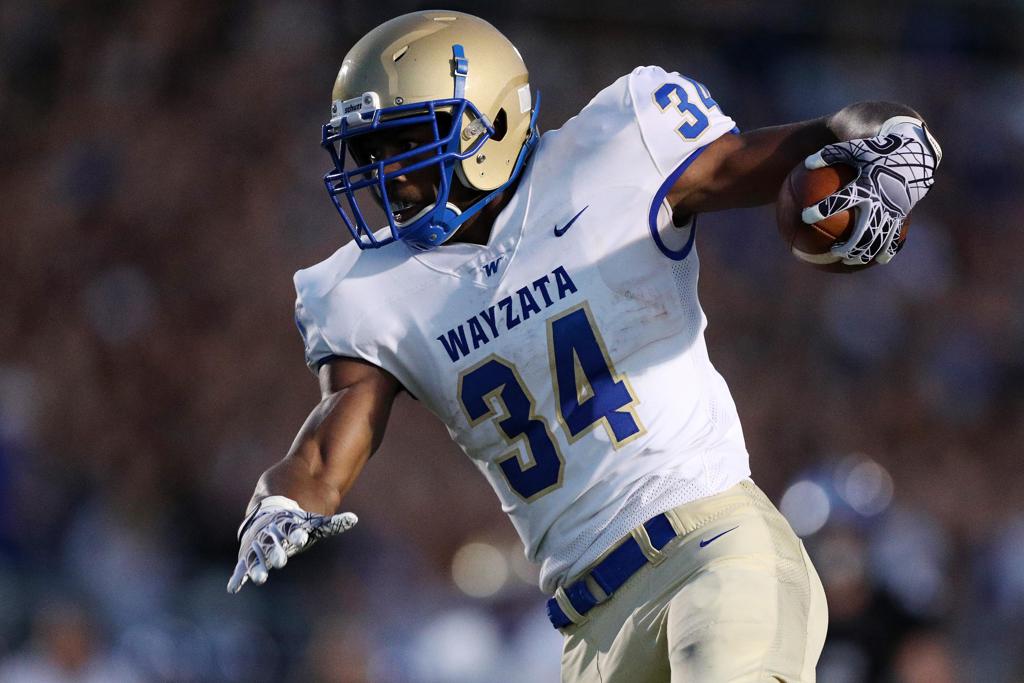 Jim and David each had a 3-3 record heading into Week 2. Jim went 3-0 in Week 2, including picking Lakeville North over Eden Prairie. David went 1-2 but, hey, it’s still early.

Jim says: Fridley has somewhat quietly appeared in three consecutive state tournaments. The Tigers’ 2-0 start is encouraging, but both victories have come against overmatched teams. SMB’s talent-stuffed roster poses the season’s biggest challenge for a Fridley defense that has given up six points. Fridley won’t get blown out, but it won’t win, either. SMB 30, Fridley 20

David says: The Wolfpack welcomed QB Jalen Suggs back to the practice field this week. A bone bruise suffered during summer basketball had sidelined the five-star hoops recruit since late July. He is not expected to play, but SMB has firepower in running back Siegel Howard, who has rushed for 320 yards and six touchdowns in two games. SMB 28, Fridley 21

Jim says: A growing rivalry already among the metro’s most passionate, featuring teams trying to find their 2018 identities. Which Chaska team will show up — the one that was shut out by Coon Rapids in Week 1 or the group that rushed for more than 300 yards in a rout of Bloomington Kennedy in Week 2? I’m guessing the latter. Chaska 27, Chanhassen 22

David says: No guesses are needed regarding Chanhassen’s track record. The Storm toppled Class 6A Armstrong, then handled an improved Bloomington Jefferson team. Jacob Miller, Matthew Boyum and Rolando Alvarez have combined for 604 yards rushing and eight touchdowns. They will ground the Hawks. Chanhassen 21, Chaska 14

Jim says: Edina’s lunch-pail team relies on grit and sweat in place of flash. RB/DB Matt Cavanagh has been the Hornets’ best player on both sides of the ball. Wayzata’s balanced offense was in high gear last week despite losing TE Billy Riviere. The difference will be decided in the second half when fatigue sets in. Wayzata has better depth. Wayzata 23, Edina 17

David says: There’s a lot to like about both teams. But having seen Wayzata last week, I’m partial to the Trojans’ attack. QB Keaton Heide and TE Nicholas Kallerup already are a formidable duo. And watch for Malaki Jackson to blossom this season. He’s the most physical of three strong Wayzata running backs. Wayzata 24, Edina 14