One for the record books: Elk River 80, Buffalo 70 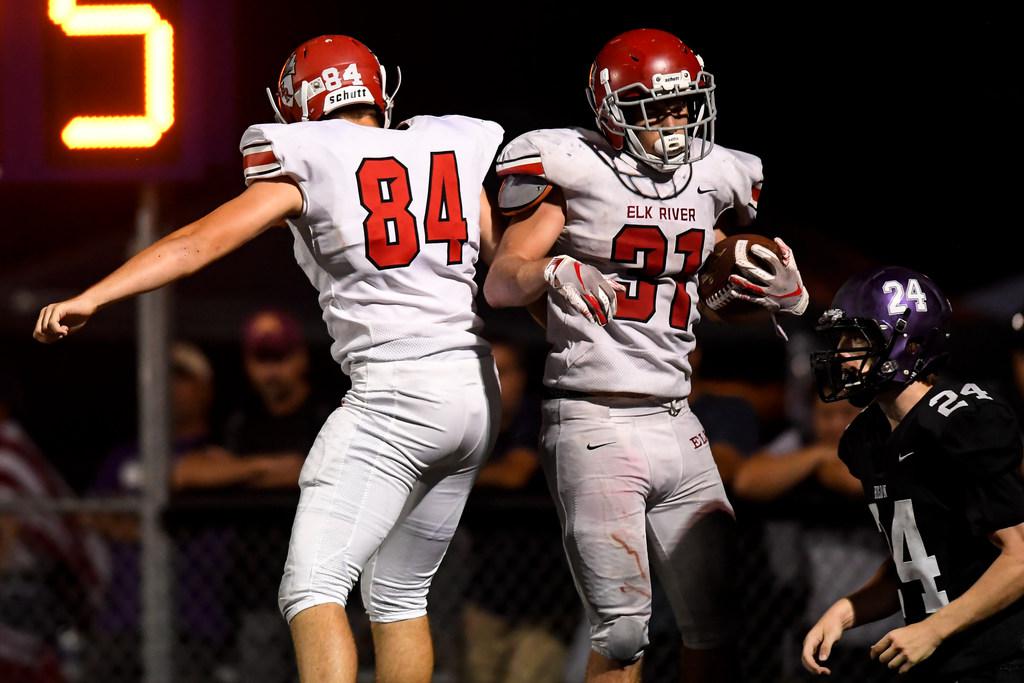 Elk River tight end Noah Langlais (84) and running back Adam Nelson (31) celebrated a fourth-quarter touchdown by Nelson, one of 11 scored by the Elks on Friday against Buffalo. Photo: AARON LAVINSKY ¥ aaron.lavinsky@startribune.com

Elk River, with its quick-striking rushing attack, is known for scoring points. Buffalo, behind quarterback Aidan Bouman, can light up the scoreboard, too.

But what played out Friday at Buffalo was ridiculous.

Elk River outscored Buffalo 80-70, setting what is believed to be a state record for combined points in a single game. According to the Minnesota State High School League website, Virginia won a game 128-0 in 1919. Elk River and Andover combined to score 126 points in a game last season.

“It was electrifying. A wild night,” Elk River running back Adam Nelson said.

Elk River (3-0) threw an interception the first time it had the ball. It ran out the clock to end the game. In between, the Elks scored touchdowns on 11 consecutive possessions.

“He is one heck of a quarterback,” said Nelson, who rushed for 268 yards and set up at least three Elk River touchdowns with long kickoff returns.

Before the game, Buffalo coach Todd Bouman said his team would need to play a perfect game to defeat Elk River.

Offensively, the Bison (1-2) were on point, interspersing a healthy dose of running Riley Habsich between Bouman’s throws. But one significant mistake — a blocked punt in the first quarter that resulted in an Elk River touchdown — put Buffalo in catch-up mode for the rest of the game.

“Against them, once you get behind by a score, or more than one, it’s tough to get caught up,” Todd Bouman said. “To beat them, you have to stay ahead of them by one [score] and that’s something we couldn’t do today.”

Elk River coach Steve Hamilton is accustomed to his team running up basketball-type scores, but even he had to laugh and shake his head at the outcome.

“I told you it would be a long night,” Hamilton said with a laugh. “In other games, we could have scored a ton of points, but in those games, we’ve been able to take people out and put subs in. When the other team is right there with you, you’ve got to keep scoring.”

Hamilton acknowledged that the game had good and bad aspects – “good if you’re an offensive coach, maybe,” he said – but was happy to take part in something so memorable.

“[Buffalo] was awesome,” Hamilton said. “That was fun to watch. This is a game for kids and they had a blast. They’re going to remember this game for their whole lives.” 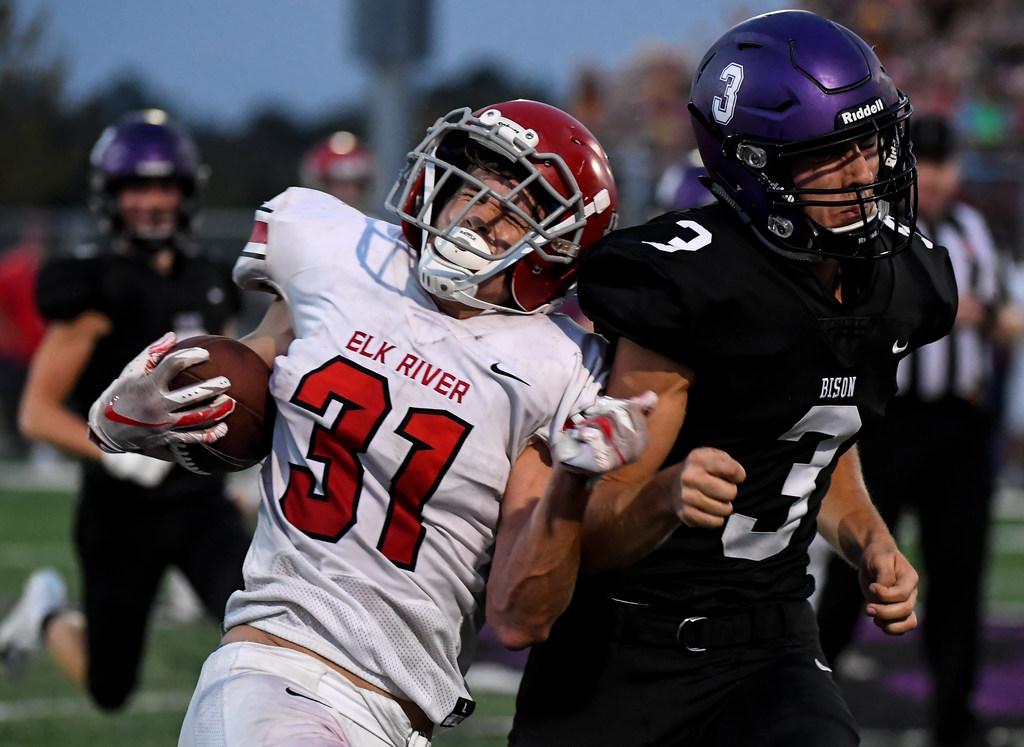 Elk River running back Adam Nelson (31) ran the ball for a first down as Buffalo kicker Parker Vajda (3) collided into him in the first quarter. Photo: AARON LAVINSKY ¥ aaron.lavinsky@startribune.com

Elk River threw an interception the first time it had the ball, then scored touchdowns on 11 consecutive possessions en route to an 80-70 victory over host Buffalo.

According to records posted on the Minnesota State High School League's web site, these are among the previous top-scoring games:

Check back later for more on the incredible game.