In preparing for Eden Prairie, a team that had defeated Lakeville North eight straight times before Friday, coach Brian Vossen on Tuesday instructed his staff to stop watching film and trust their instincts. 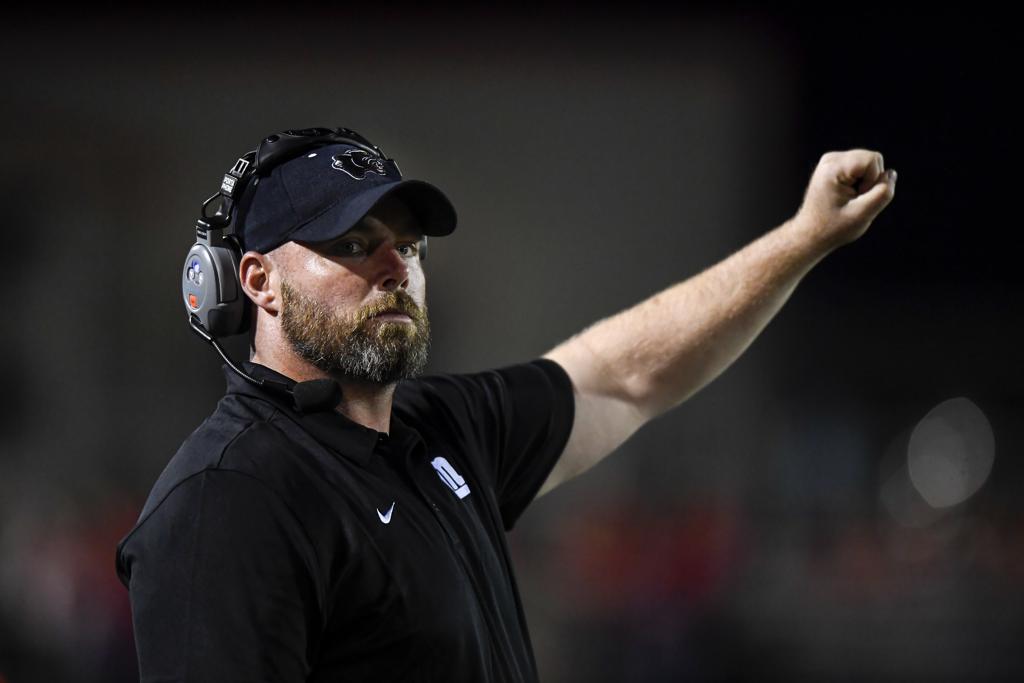 Lakeville North coach Brian Vossen is an affable sort, always willing to engage his passion for football. He typically reads and hears everything said about his team without bristling at criticism, and he gives as well as he takes.

This year, however, Vossen is trying something different. He heads a program that is among the top 10 in the metro but hasn’t been able to scale the final rung or two on the state championship ladder. So when reporters approached him after the Panthers outmuscled Eden Prairie 14-0 Friday, Vossen didn’t wait for a question before admitting the change.

“I’ll tell you guys the truth: I’m not reading media this year,” Vossen said. “I don’t want to know about rankings or anything like that.”

It’s all part of his plan to simplify things for his team.

“We want to let our kids play,” Vossen said. “We wanted to go in with a game plan that was simple, that our kids can react and play to,”

In preparing for Eden Prairie, a team that had defeated Lakeville North eight straight times before Friday, Vossen on Tuesday instructed his staff to stop watching film and trust their instincts.

“I told our staff: Don’t go back and look at past years and try to imagine what they might do to us. Just go out and play with a team we believe is better,” he said.

Vossen said he holds no animosity toward media members, however.

“Don’t get me wrong,” he said. “I’ll still tell you anything you want to know.”

• Unexpected starts: Did anyone anticipate that Rosemount, St. Croix Lutheran, St. Michael-Albertville and Totino-Grace would all start 0-2?

2. Lakeville North (2-0): The Panthers are dominant in the trenches, where games are won and lost.

3. Cretin-Derham Hall (2-0): After a 38-14 romp over Mounds View, the Raiders are well-positioned, with four of their next six games at home.

4. Prior Lake (2-0): The Lakers’ next two games, at Eden Prairie and at Minnetonka, are as tough as it gets.