First the Jaguars lost a key running back to injury. Then they lost a big lead to a furious Spartans rally, only to score on a 15-yard touchdown pass in the final minute to escape with a 42-35 victory. 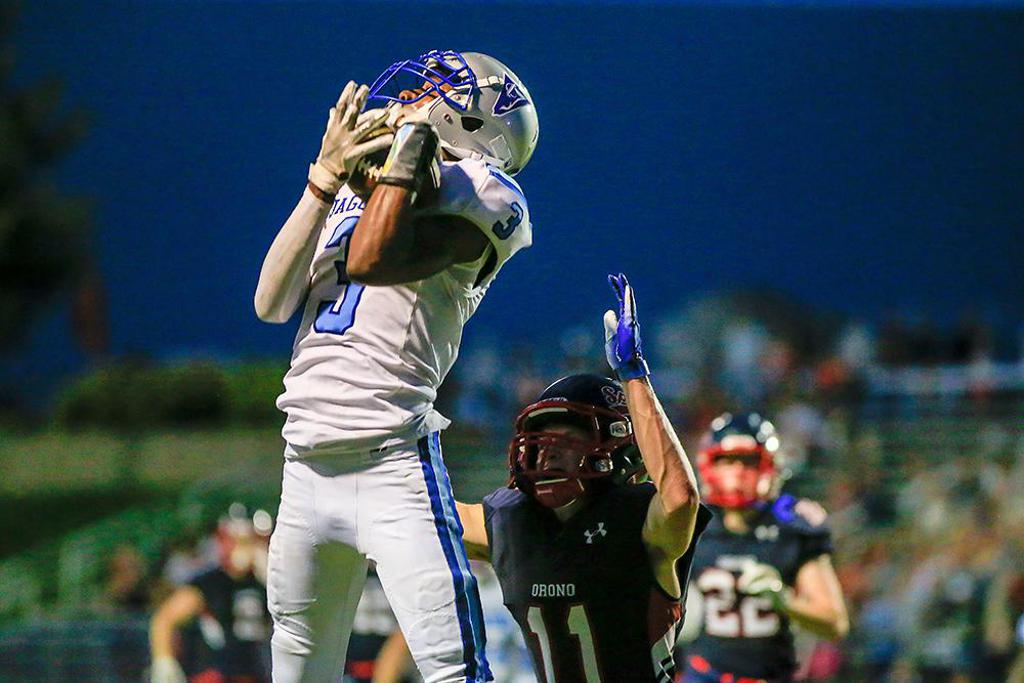 Bloomington Jefferson lost senior running back Rashaun Cage for the game, and possibly the season, on Friday when he injured his wrist late in the second quarter against Orono.

That didn’t stop the Jaguars from enduring a second-half Spartans comeback and rallying for a 42-35 victory at Pesonen Stadium in Orono.

Senior quarterback Isaiah Watts hit Manny Montgomery with a 15-yard touchdown pass with 32.7 seconds left, capping a 10-play, 79-yard drive. The victory in the season opener came despite being outscored 28-15 in the second half.

“This game is for Rashaun,” Watts said. “We’re going to play this season for Rashaun.”

Gage, a senior, helped Bloomington Jefferson build a 27-7 lead at halftime with rushing touchdowns of 38 and 78 yards in the first half before his injury. Coach Tim Carlson said his absence had a bit of a deflating effect on the team but that Watts was able to rally the players in the fourth quarter.

“It wasn’t necessarily pretty, but he kind of took the team on his back and said, ‘Hey, follow me,’ ” Carlson said.

Quintin Morris also scored for the Jaguars, who had lost 49-21 to Orono in last year’s opener. 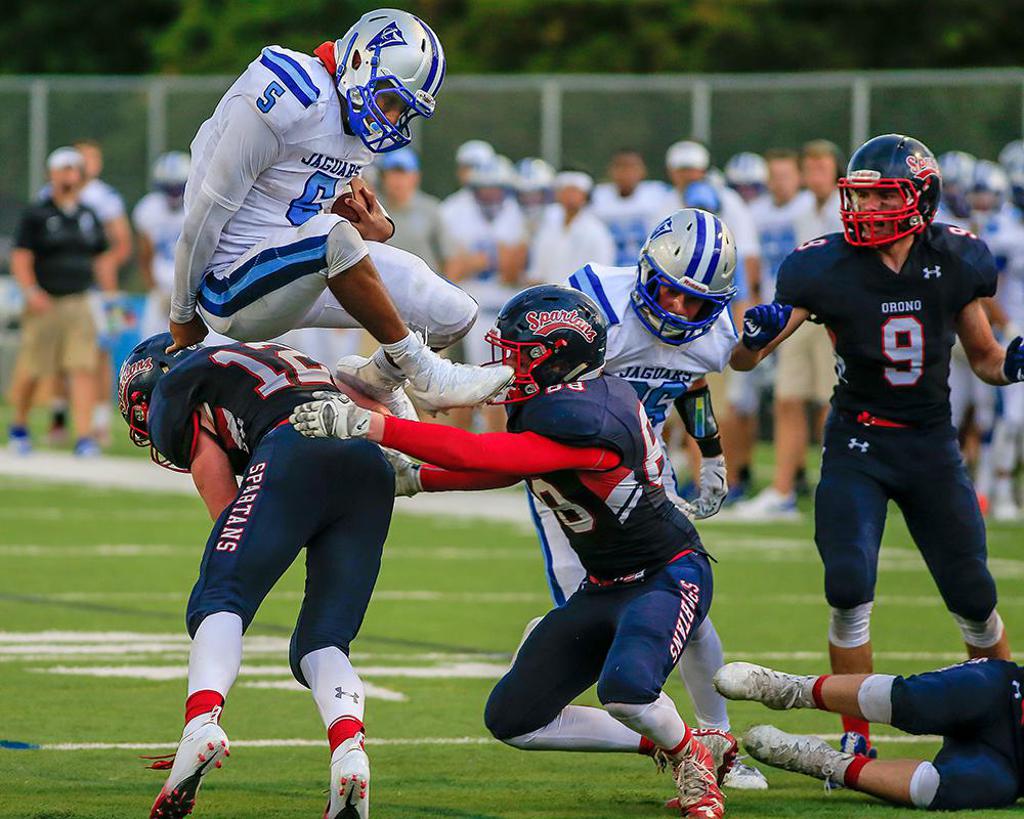 Isaiah Watts hit Manny Montgomery with a 15-yard touchdown pass with 32.7 seconds left as Bloomington Jefferson survived a second-half comeback by Orono and held on for a 42-35 victory at Pesonen Stadium in Orono.

Watts, a senior, led the Jaguars on a 10-play, 79-yard drive in the game's final minutes before capping it with a fade pass to Montgomery on third-and-goal. It came after Orono had scored touchdowns on four of its first five second-half possessions to take a 35-34 lead.

Rashaun Cage and Quintin Morris also scored touchdowns for the Jaguars, who had lost 49-21 to Orono in last year's opener.