Seventy-seven games will be played opening day on Thursday, Aug. 30. 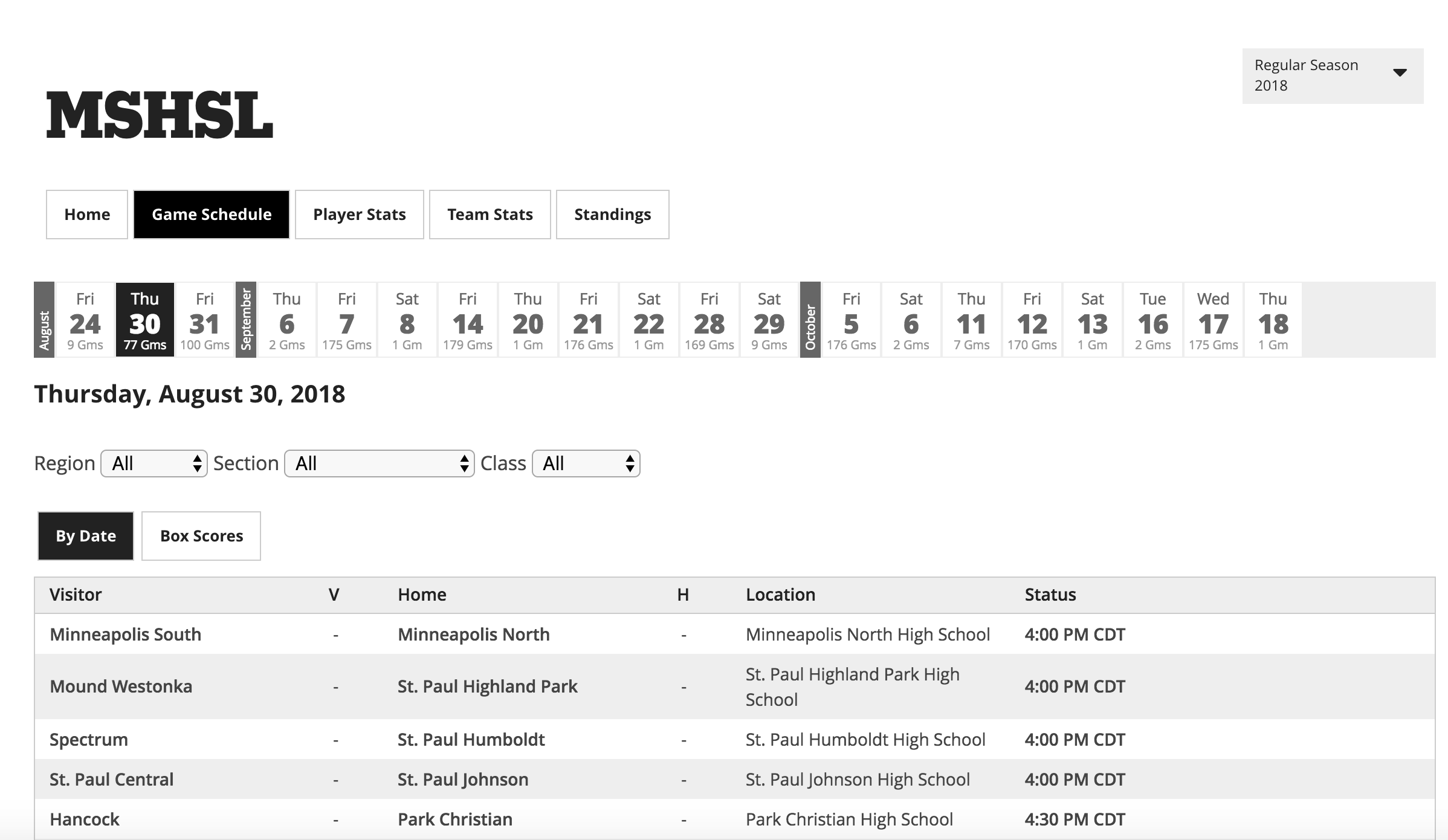 Click the image to view the full 2018 football schedule.

While Labor Day is on the horizon, many Minnesotans will trek to their cabins or the Minnesota State Fair to bid farewell to summer, but another spectacle earlier in the week will be worthy of an extra day in town: opening day of the 2018 high school football season.

Seventy-seven games are slated for Thursday, Aug. 30, and many matchups provide enticing debuts — but none more than Wayzata at Rosemount. Last year, the Trojans mounted a 14-point comeback in the second half to oust the Irish 28-27 in Week 1. The rematch will be reminiscent of the 2010 Class 5A Prep Bowl championship, where Wayzata beat Rosemount 31-14 to claim its third state title. Both programs look to restore themselves to their former glory with two Prep Bowl appearances apiece this decade.

If you are out of town Labor Day weekend, the first installation of Friday Night Lights falls on Sept. 7, when 176 games will be played across the state. Several matchups stand out, including an intracity rivalry between Mankato East and Mankato West that’ll be played at Minnesota State University, Mankato.

About 160 miles southeast of Mankato, three-time defending Class 2A champion Caledonia faces the team that gave the Warriors their toughest test a season ago in Triton. Caledonia defeated the Cobras 34-27 in the regular season. The Warriors dispatched Triton 35-7 in the Section 1 title game en route to the program's ninth championship. Caledonia enters the season with a 41-game unbeaten streak.

As teams hit their midseason form, many high-profile matchups will take place in October.

Longstanding Lake Conference and Metro West District rivals, Eden Prairie and Minnetonka, face off Friday, Oct. 12, in a rematch of last year's Class 6A Prep Bowl championship. The Eagles trounced the Skippers 38-17 to claim the program’s 11th state crown last November, and are expected to contend again in 2018.

In the north metro, Elk River and Andover duel in another league and state tournament rematch that has potential to be a scorcher on Oct. 12. The Elks defeated the Huskies 69-54 in North Central Blue District play and 66-60 in the Class 5A state quarterfinals a season ago.

This fall's regular-season finales fall on Wednesday, Oct. 17. Many league titles may be decided by then, but Northeast Blue District rivals Esko and Mora could be on course for another district-deciding game on Week 8 after the Eskomos took the league title from the Mustangs in a 41-38 finish last year.

Click here to view the full schedule, or go to the "Search" box at the top right corner of the page and type the name of your favorite squad into "Team Finder" for that team's specific schedule.

If your team’s schedule isn’t posted or needs updating, send the necessary information to scores@sportsengine.com.