A 15-yard rushing touchdown by Sherrod Kpahn in the fourth quarter was the winner after the teams combined for 70 points in the second quarter. 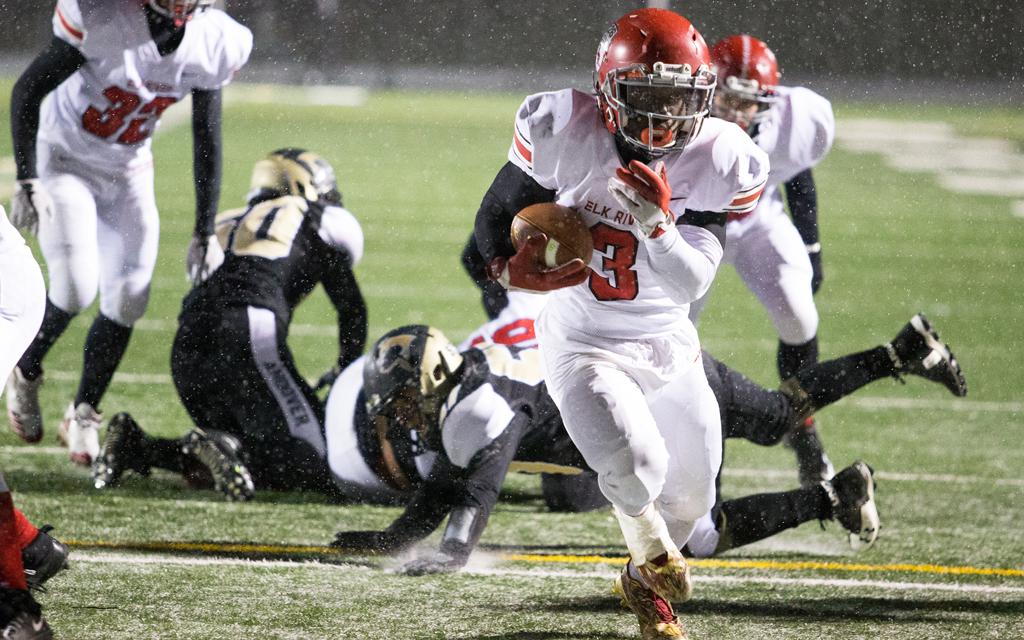 Sherrod Kpahn (30) finds an opening and heads to the end zone giving Elk River a six point lead late in the fourth quarter and the eventual 66-60 win over Andover. Photo by Cheryl Myers, SportsEngine

Elk River running back Sherrod Kpahn described the Class 5A quarterfinal score-a-thon between Elk River and Andover as a roller-coaster, lasting more than three hours and featuring a combined 634 yards of offense in the first half.

Elk River coach Steve Hamilton took a more light-hearted approach about the 66-60 victory that puts his team a game closer to repeating as state champions.

“It was a great defensive battle,” he said with a laugh.

Except it’s not entirely a joke after the Elk defense managed to keep the Huskies off the scoreboard in the final quarter. That included Patrick Boland’s interception on the cusp of the red zone, and two fourth-down stops.

The final one was courtesy of Collin Nelson, who dragged down Brandon Deitz half a yard shy of the first-down marker at the 10-yard line with 28 seconds left.

“It’s the heart, the drive, the determination of these boys,” said Sherrod Kpahn, who scored rushed in the game-winning touchdown with 6:12 left to play.

This all came a week after Elk River squeaked by St. Cloud Tech 14-13 on a blocked extra point. Now, the Elks, who celebrated their 125th year as a program last year, aren’t sure what else can stop their quest to repeat. 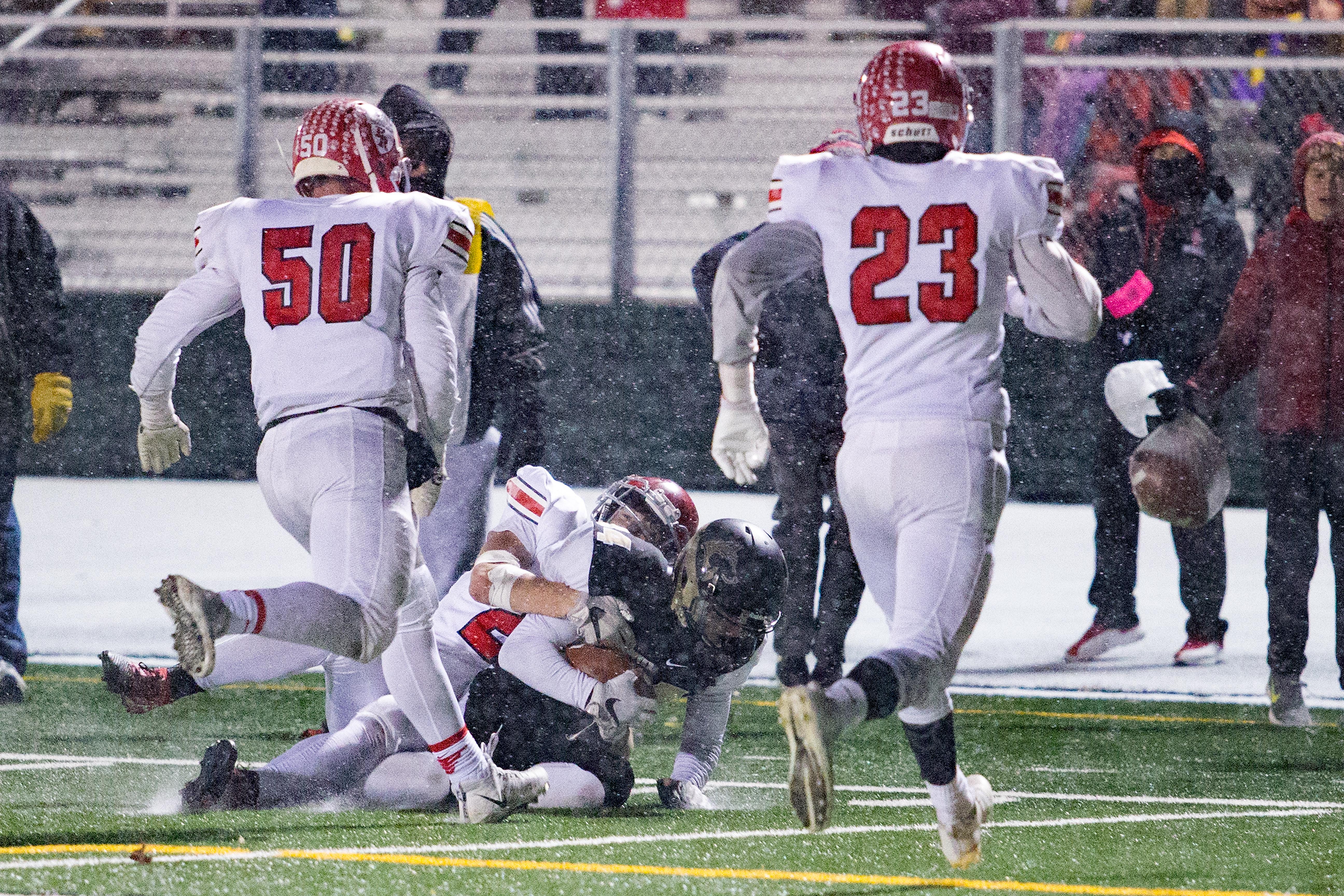 With under a minute left to play Elk River defender Collin Nelson forces Andover's Brandon Deitz out of bounds short of the first down on fourth and ten ending the Huskies scoring chances securing a win for the Elks. Photo by Cheryl Myers, SportsEngine