St. Louis Park in Class 5A football quarterfinals after first winning season since '72 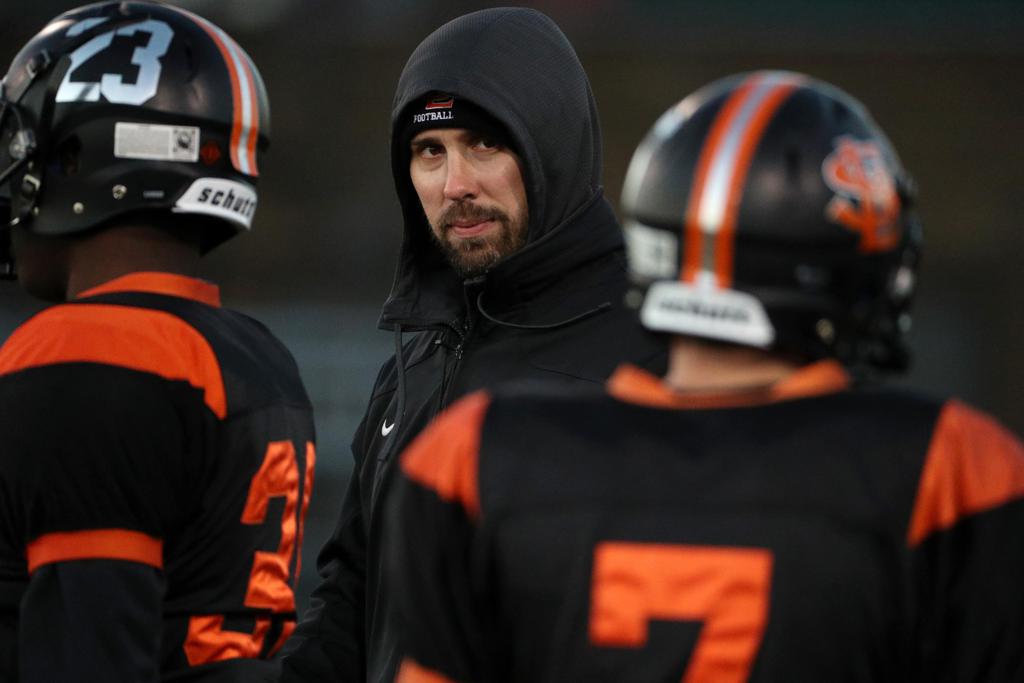 Saturday morning. Mid-August. Football players awoke inside the St. Louis Park High School gymnasium after an overnight lock-in designed to foster unity. A real team-building lesson, one they would carry through what would become a historic season, waited in the form of four Marines on hand to conduct workouts.

“Half of us didn’t even believe there were even military guys there,” senior quarterback Jonny Sorenson said.

This was no joke. Players ran sprints, crawled on their bellies, hauled 50-pound objects and carried one another on their backs. St. Louis Park coach Ben Wolfe, who arranged the session, called it “real deal, in-your-face training.” The previous week of football practice and conditioning didn’t hurt like this. But growth through pain fueled the Orioles’ rise after decades in the doldrums.

“I’ve had a lot of workouts, and this was the hardest,” senior linebacker Peyton Morrison said. “We had guys who were dead tired but still cheering on teammates, telling them we could all push through this together. That helped put us over the hump in close games. We all believed and trusted each other.”

Move ahead to this week, when St. Louis Park prepares to make its football state tournament debut after its first winning season since 1972. The Orioles (7-3) play Brainerd (8-2) in a Class 5A quarterfinal at 6 p.m. Saturday at St. Cloud State.

Brainerd coach Ron Stolski, in his 56th season coaching high school football, said of St. Louis Park, “I’m happy for them, their staff and their kids. Especially in the metro area, the haves are the haves. So it’s good for our game when a St. Louis Park has success. It emboldens the community.”

Players drew from their military training and learned to perform in clutch situations. They showed promise against Cooper and Benilde-St. Margaret’s but the turning point came in Week 6 against Orono. The visiting Spartans went ahead 14-10 with just 1:45 left. But St. Louis Park responded with a 41-yard touchdown pass from Sorenson to Akili Farris with 1:07 to go. Then Morrison, a game-time decision because of a nagging upper-body injury, ended Orono’s final drive with an interception.

“Winning that game definitely started a trend for us,” Morrison said.

It was the first win in the Orioles’ current five-game streak, which featured a 10-point, fourth-quarter comeback against Irondale. Skyler Rudelius-Palmer kicked the winning field goal from 28 yards with no time left. Sorenson’s touchdown pass to Semaj Mitchell with 1:37 left in the DeLaSalle game widened the St. Louis Park lead at a critical moment.

The defense made its stand in the section final upset at Cooper. The Hawks scored a late touchdown and tried to win the rematch on a two-point conversion run by Onte Burns. But linebacker Jariel Lopez-Barrera split the guard and tackle and made the initial hit. Morrison arrived next and the defense swarmed to bury Burns short of the goal line.

“Last year we’d be in a close game and get nervous,” senior defensive back Karon Adams said. “This year I see fire in the coaches’ and players’ eyes. We all believe the guy next to me will play hard, and I can believe he’ll do his job so I need to do mine.”

Making program history has meant celebrity status at school. Congratulations and good vibes flowed from teachers and students. Once back on the practice field, however, players took their jobs as seriously as that August day working with Marines.

“This is pretty special,” Sorenson said. “But we’re looking to build on this and continue to make history every week. No one wants to be done, and I don’t think we’ve played our best game yet.”