The winning score in the Eagles' 42-35 victory over St. Croix Lutheran involved a completed pass and two laterals. 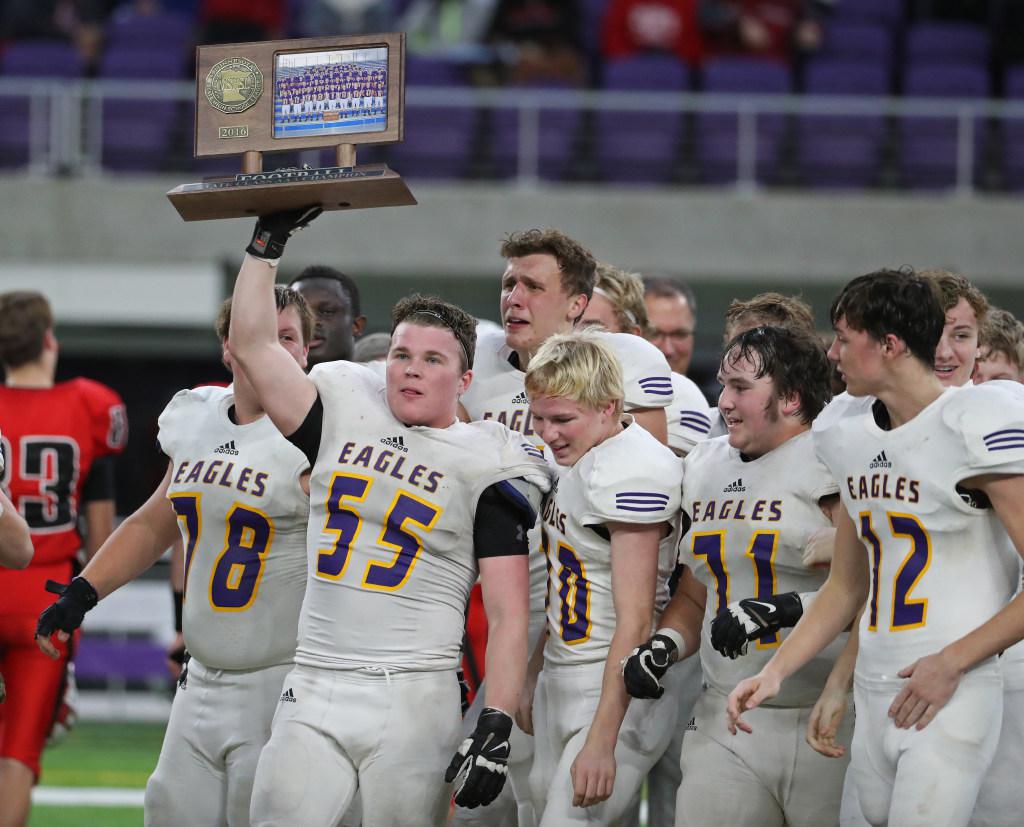 Tied late in a wild Class 3A state title game with St. Croix Lutheran, the Eagles traded possession and punt football for high risk, high reward. Hillman passed 14 yards to Ed Caples, who immediately lateralled to Pat Leary, who streaked 20 yards and then lateralled to Carter Greguson, who ran for 25 additional yards down to the Crusaders’ 5-yard line.

One play later, Jake Groteboer put the Eagles ahead to stay at 42-35 with 25 seconds left. They earned the program’s fourth Prep Bowl title overall and second in three seasons.

“In practice it actually hasn’t worked that well,” Hillman said. “Luckily, it worked when it mattered.”

The third-and-22 call was bold. The design daring. But was it legal?
Replay showed Leary’s lateral to Greguson was a forward pass by at least five yards. A penalty would have meant Eagles’ ball near the Crusaders’ 35-yard line.

Carl Lemke, coach at St. Croix Lutheran of West St. Paul (12-1), did not lay blame at the officials’ feet.

“We did say something but what are they going to do? They didn’t see it,” Lemke said. “We don’t have instant replay here. You just live with that.”
Lemke lauded the game as “a prime example of how great [high school football] can be.”

Excitement came in many forms. The teams combined for 861 yards. Four times they were tied. Rochester Lourdes (13-0) tied a Prep Bowl record with a 99-yard scoring drive. Greguson, a senior linebacker, set a record with 20 unassisted tackles.

“I’m doing all right,” said Greguson, who scored two touchdowns — one rushing, one receiving -- and intercepted two passes. “I was just glad to get through the game without cramping.”

Lourdes coach Mike Kesler said of Greguson, a three-time team tackles leader, “He’s a competitor. I’ve got to teach him since kindergarten, He wanted to win then and he still wants to win now.” 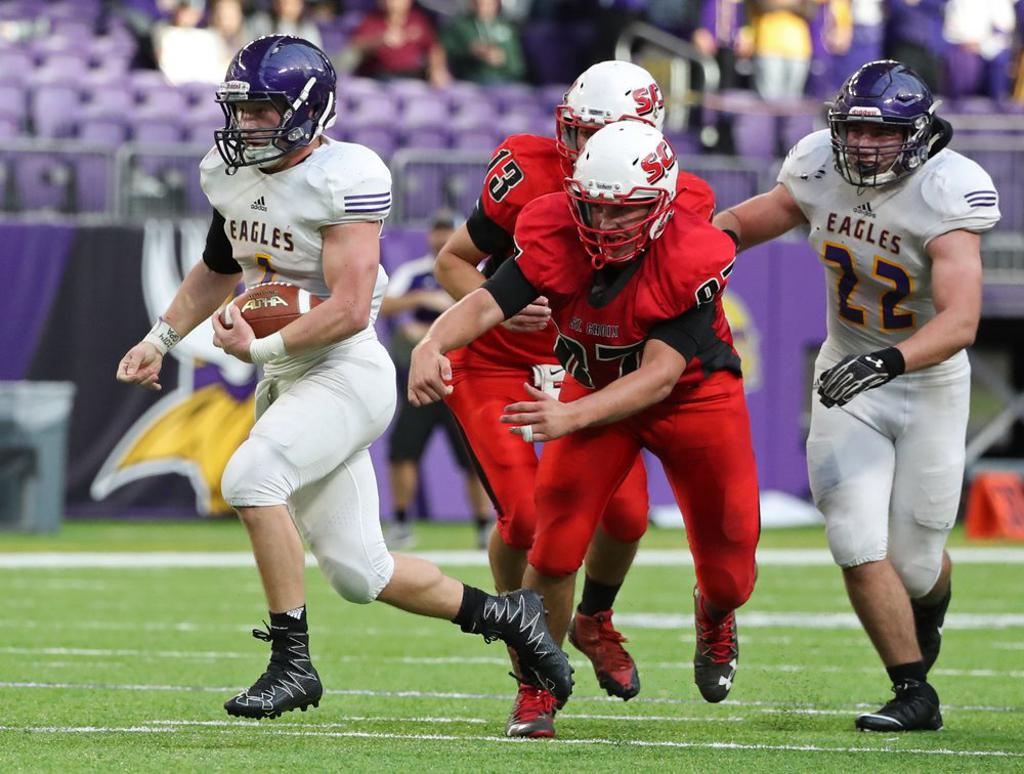 With the game tied 35-35, the winning touchdown came after a 59-yard play by the Eagles that included two laterals and reached the Crusaders’ 5-yard yard. One play later, the Eagles (13-0) went ahead to stay on a touchdown run by Jake Groteboer with 25 seconds left. 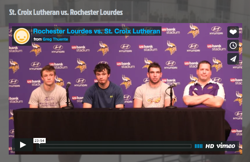 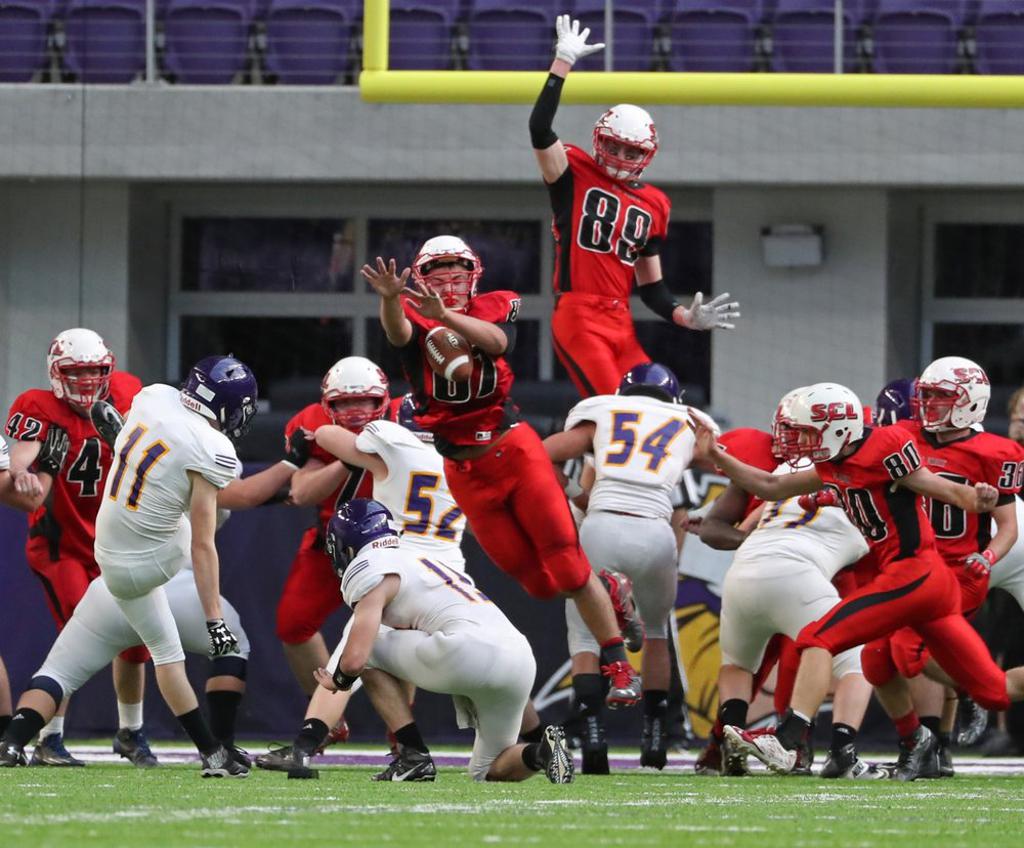