5A: Elk River's rushing attack, defense too much for Owatonna

The Elks' Sam Gibas, who ran for 118 yards and three touchdowns, and tough defense were key in a 19-7 victory over the Huskies. 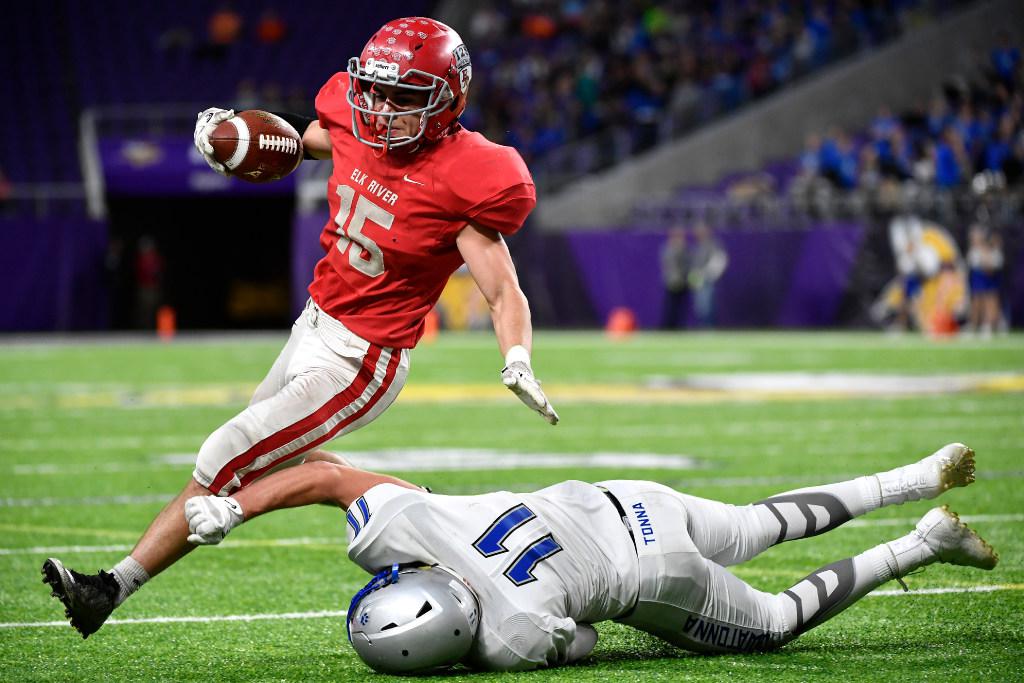 Owatonna spent the week preparing to deal with Elk River’s tough wing-T offense, but it turned out to be the Elks’ defense that did in the Huskies.

Elk River shut down Owatonna’s wide-open offense and got what it needed from its own offense to defeat the Huskies 19-7 in the Class 5A semifinals.

Sam Gibas rushed for 118 yards and scored three first-half touchdowns for the Elk River, which will celebrate its 125th year of high school football with its first Prep Bowl appearance since 1990.

“Give credit to our defense,” Elk River coach Steve Hamilton said. “We’ve been pretty good offensively for the last few years, but our defense won the game for us.”

The game began with a textbook Elk River drive – a 14-play, 63-yard march that ended in a three-yard run by Gibas and a 7-0 lead. Owatonna tied the game on a 55-yard drive of its own when Jeff Williamson scored from two yards out.

That was as good as it would get for Owatonna, which averaged nearly 33 points and 360 yards per game but managed just 189 total yards.

“I was really impressed with Elk River’s defense,” Owatonna coach Jeff Williams said. “If you would have told me that we would have held Elk River to 19 points, I would have said we had a really good chance of winning that football game.”

The Elks took control with two touchdowns in a span of 1:34 late in the second quarter. After a one-yard plunge by Gibas made it 13-7, the Elks’ pass rush created an interception deep in Owatonna territory. Five plays later, Gibas scored an important and controversial touchdown.

Gibas was running to his right when he was knocked backwards. Many in the crowd thought his knee was down, yet the whistle never blew. Gibas regained his footing and found the end zone.

“They didn’t blow the whistle, so I’m not going to stop,” Gibas said. “I did what I had to go and it ended up in my favor.”

Sam Gibas rushed for 118 yards and three touchdowns as Elk River’s wing-T offense did exactly as it’s designed to do. The Elks wore down Owatonna 19-7, controlling the ball for more than 33 minutes and grinding 269 total yards, all on the ground.

All of the scoring took place in the first half. Elk River took control late in the second quarter, scoring two touchdowns in a span of 1:34. 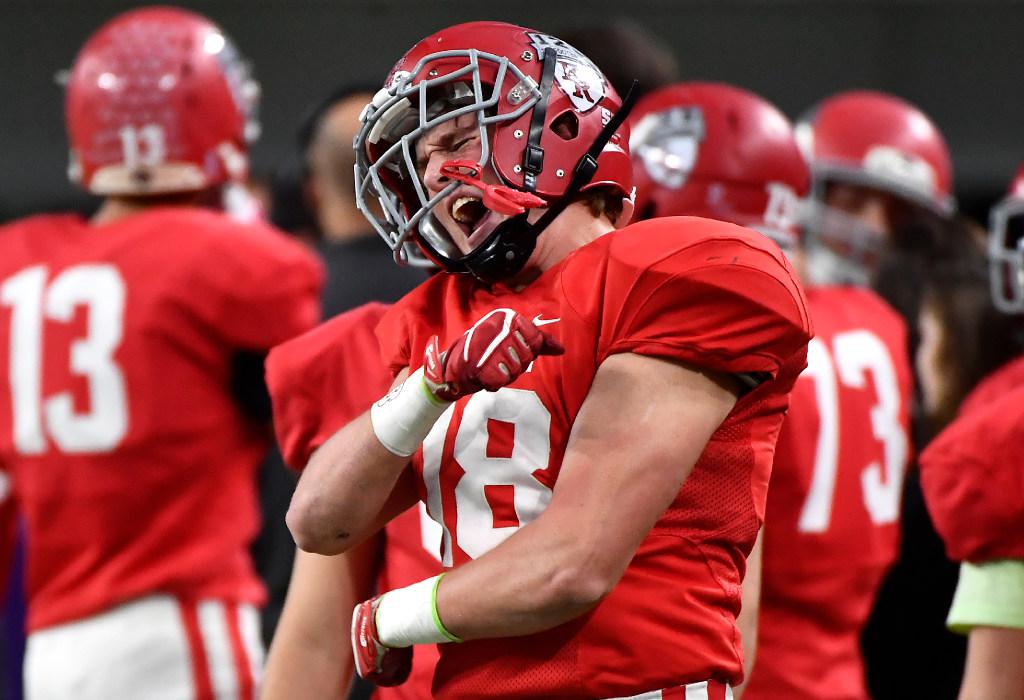