2A: Eden Valley-Watkins passes its way into the Prep Bowl

Quarterback Reese Jansen led an offense that amassed more than 500 yards in a 46-13 victory over Maple River. 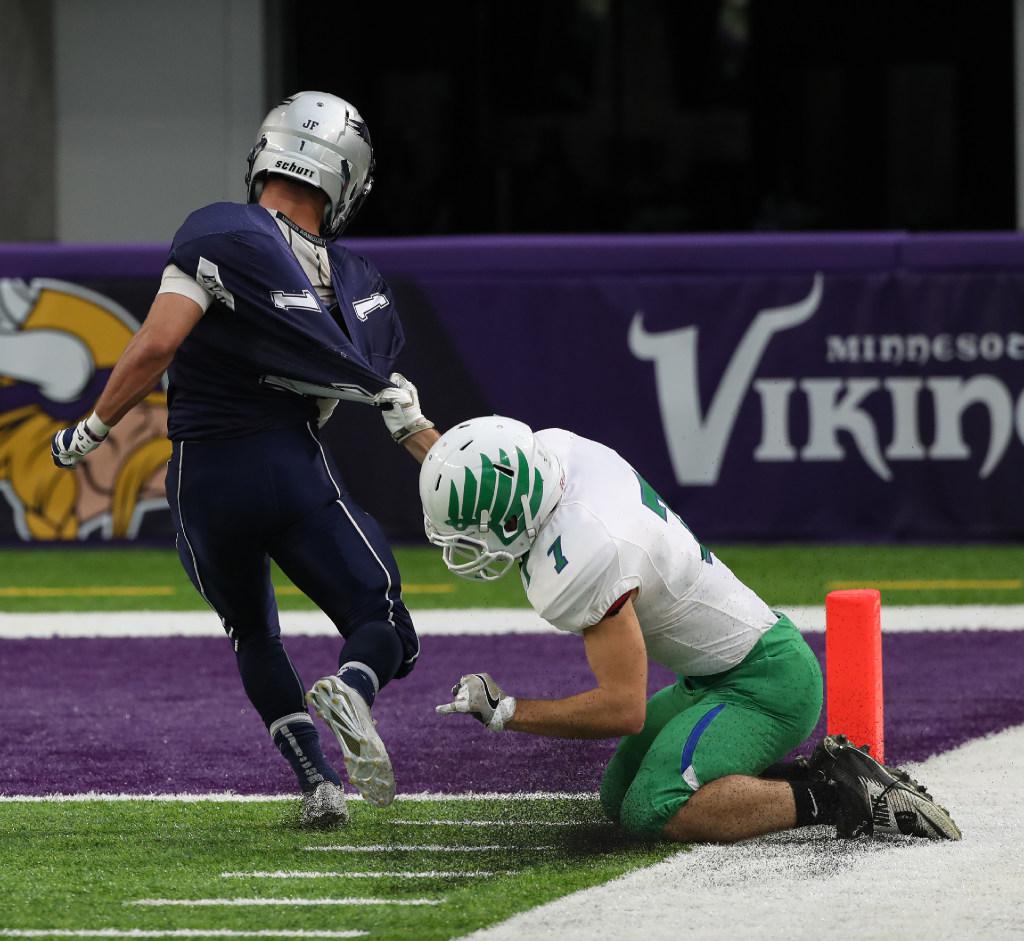 Matt Schindler of Eden Valley-Watkins is pulled down from behind by Maple River's Chandler See just before scoring a touchdown in the first half. Photo: Shari L. Gross / sgross@startribune.com

The typo was quickly corrected to 39-7, but at times it felt like the mistake could have been accurate.

Eden Valley-Watkins, with a quick-hitting attack that delivered four scoring plays over 50 yards, blew out Maple River 46-13 in the Class 2A semifinal.

“It was nice to be indoors in a good passing environment,” Eden Valley-Watkins quarterback Reese Jansen said. “Last week it was 26 degrees so we were happy to get here with nice weather.”

Its big-play capability was on display early. On Eden Valley-Watkins’ third play, Jensen completed a pass to Schindler for a 71-yard touchdown. On the team’s next drive, Jensen to Schindler struck again on a 68-yard passing play.

Schindler’s play-finishing speed helped him reel in 145 of  Jensen’s 377 passing yards. The senior quarterback tended to find his blazing receivers in stride, throwing for five touchdowns.

“We did not anticipate that kind of speed,” Maple River coach Brian Schoneck said. “They got behind us and we did not have an answer for that.”

Maple River was never able to build any momentum against the quick-striking Eden Valley-Watkins offense. Maple River running back Lincoln Arndt was the game’s leading rusher. 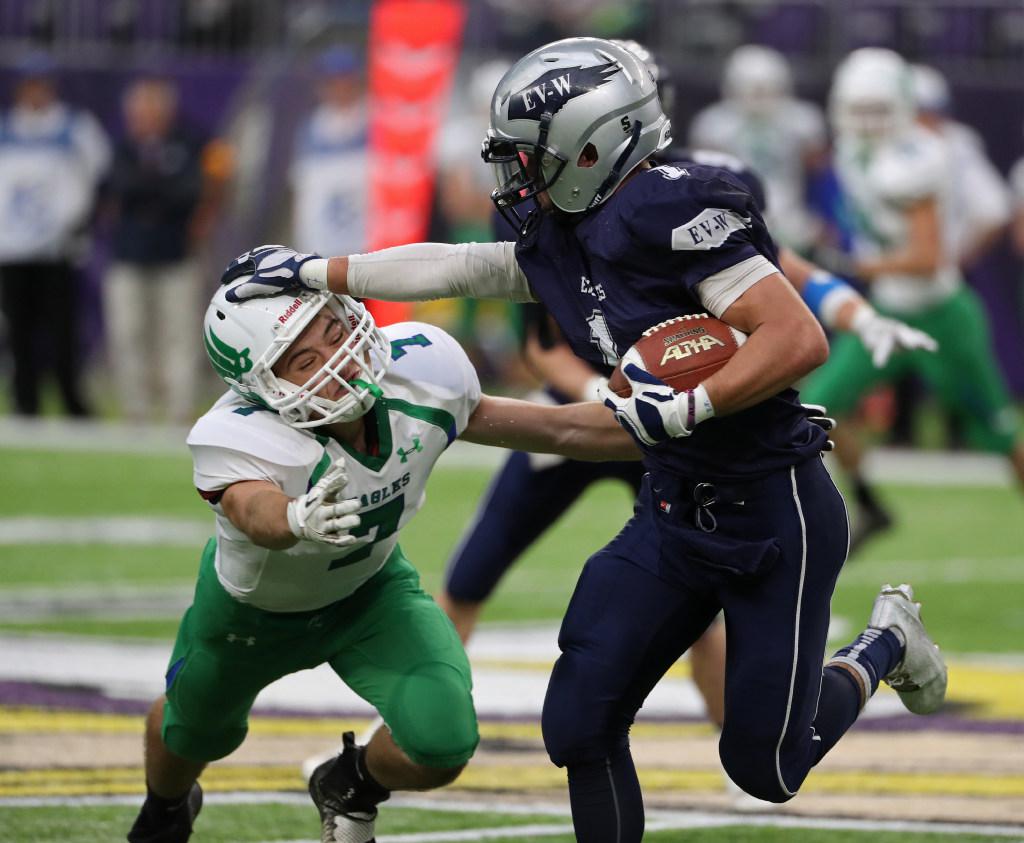