Spring Lake Park option offense too much for Cooper 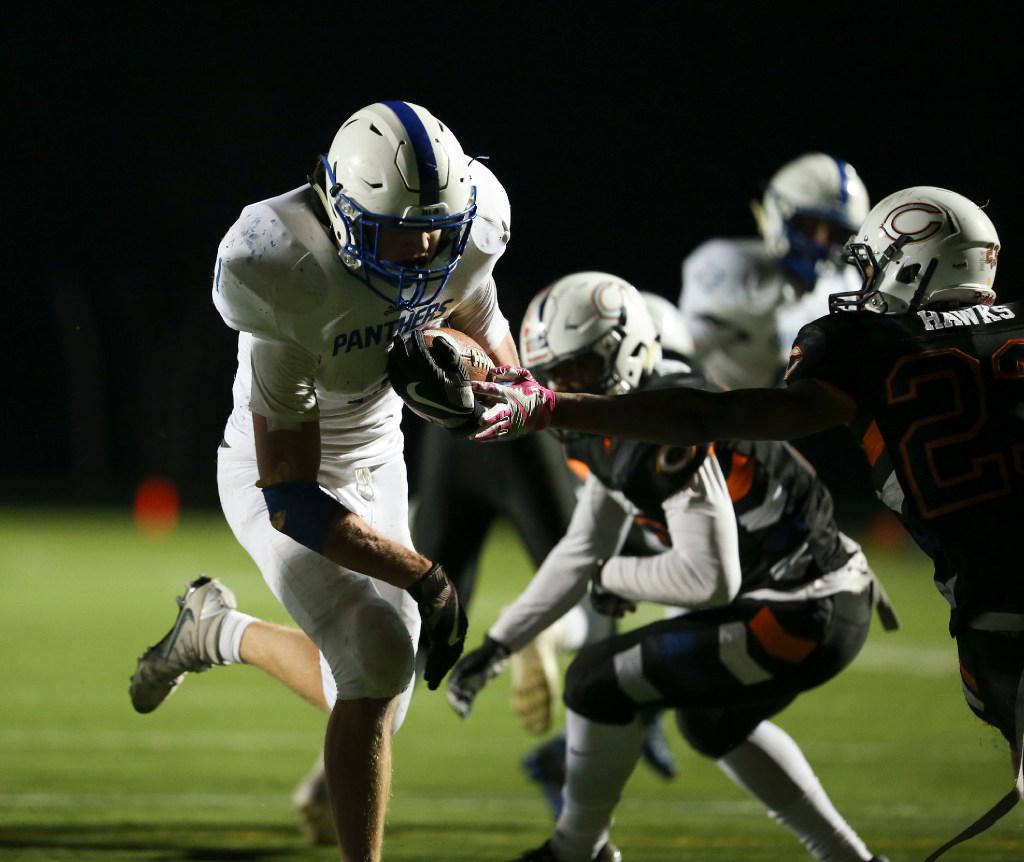 Zach Ojile was the last player off the Cooper high school football field Wednesday, a player in demand after leading Spring Lake Park to an exhausting 57-39 victory over the Hawks.

The senior quarterback led the Panthers (8-0) to their craziest victory of the season, deftly directing their veer option offense to its biggest offensive output of the season. He rushed 18 times for 271 yards and had touchdown runs of 73 and 75 yards, both of which came when Cooper had seemed on the verge of seizing momentum.

Like any good field general, however, Ojile deflected any personal plaudits, preferring to give kudos to his team.

“This was a good way to end the regular season. A good team victory,” he said and, in truth, he was half-right. The Panthers’ offense rolled up more than 500 total yards, all on the ground.

But, at the same time, the normally stout Spring Lake Park defense was gouged repeatedly by Cooper, whether by the legs of running back C.J. Adams or the arm of quarterback Cameron King. Both played splendidly, as did King’s cadre of receivers. But the Hawks just couldn’t overcome the relentless Panthers.

“They scored 20 points on us in the first half,” Spring Lake Park coach Jeff Schlieff said. “I went in at halftime and told the team, ‘That isn’t Panther football.’ And then we went back out and they scored 19 more. They’ve got a lot of weapons.”

Spring Lake Park clinched the championship of the Suburban Red subdistrict and the top seed in Section 5 of Class 5A. Cooper (7-1) will get the No. 2 seed in the section.

Spring Lake Park put on a clinic on how to run an option offense, rolling over Cooper 57-39 to secure the championship of the Suburban Red subdistrict and the No. 1 seed in Section 5 of Class 5A.

Both teams entered the game undefeated at 7-0. Cooper stayed close for much of the game, mostly on the arm of quarterback Cameron King. But the Hawks had no answer for the Panthers and their fabulous option quarterback Zach Ojile. Spring Lake Park had four touchdown runs of more than 53 yards, two of them by Ojile. 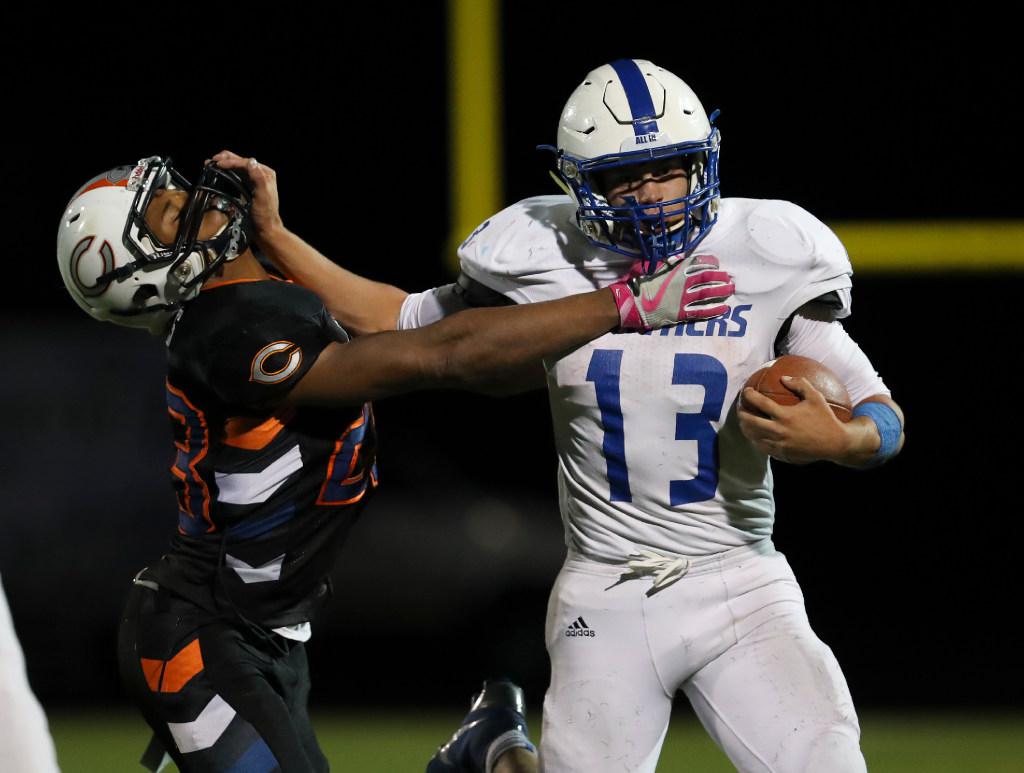 Game at a glance

Key to the game: Spring Lake Park’s option offense was practically unstoppable. The Panthers punted on their first two possessions, then scored nine of the last ten times they had the ball. Cooper moved the ball well, but turned the ball over twice, which proved fatal in a game where each possession counted.

Biggest moment: Cooper had cut the Spring Lake Park lead to one point, 27-26, midway through the third quarter. Panthers quarterback Zach Ojile crushed the Hawks’ growing momentum with a 75-yard run for a touchdown on the first play of the ensuing possession.

The quote: “I think Cooper was really at a disadvantage. This is the seventh spread offense we’ve seen this year, but they haven’t seen an offense like ours all season. In a short week, it makes it really tough to get enough practice in to prepare to play us.” -- Spring Lake Park coach Jeff Schlieff

Rest easy, Gophers fans: Cooper’s 6-foot-5, 327-pound offensive lineman Eric Abojei, a University of Minnesota recruit, suffered a shoulder injury in the second half but said it was nothing to worry about. “Just a little shoulder injury,” he said. “I’ll be fine.”