The Royals' Ricardo Twinawe had two TD catches and a pair of 70-plus yard runs in the win over the No. 4 Raptors. 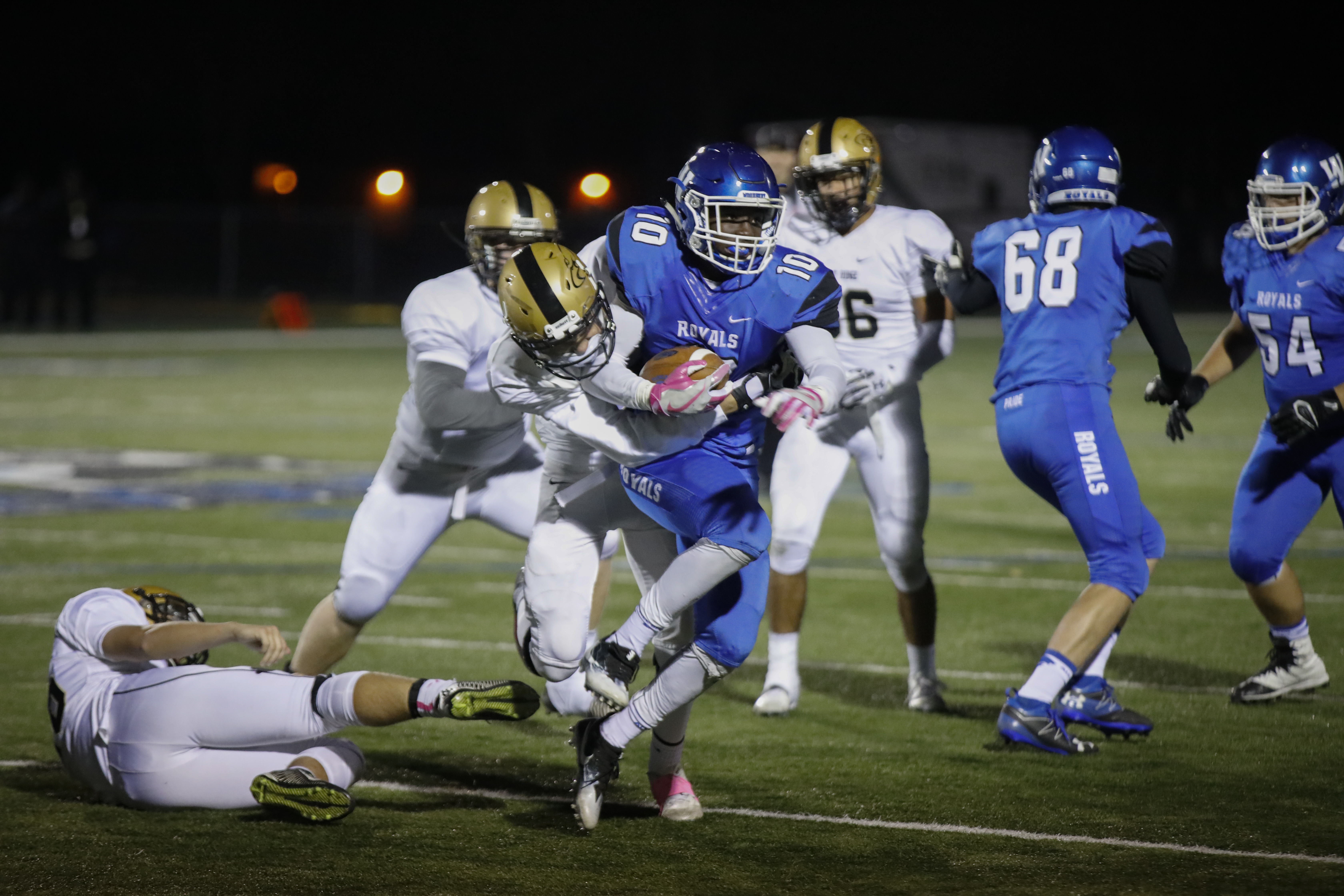 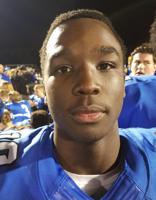 On senior night at Woodbury, the seniors on the Royals football team got a victory Wednesday that had eluded them their entire careers.

Facing crosstown rival East Ridge, Woodbury jumped out to an early lead and scored often, routing the No. 4 Raptors by a 47-25 final. It’s the first time Woodbury has defeated East Ridge — located just 4 miles away — since 2011.

Woodbury (4-4) got three touchdowns and even more big plays from senior Ricardo Twinawe, who had two touchdown catches and a pair of 70-plus yard runs to lift the Royals to their fourth victory after an 0-3 start to the season.

“It’s amazing,” Twinawe said. “I’m just proud for the fans for sticking with us through this up and down season.”

East Ridge star running back Dominik London was doubtful for the game due to an ankle injury. However, London suited up and made an impact for the Raptors (6-2). He scored on a 44-yard run to cut Woodbury’s lead to 20-14 early in the third.

After Woodbury scored to regain a two-possession lead, Twinawe exploded for another big run. This time he found the end zone on a 76-yard rush for a 34-17 lead. Twinawe later caught a 52-yard pass to cap the scoring for the Royals. 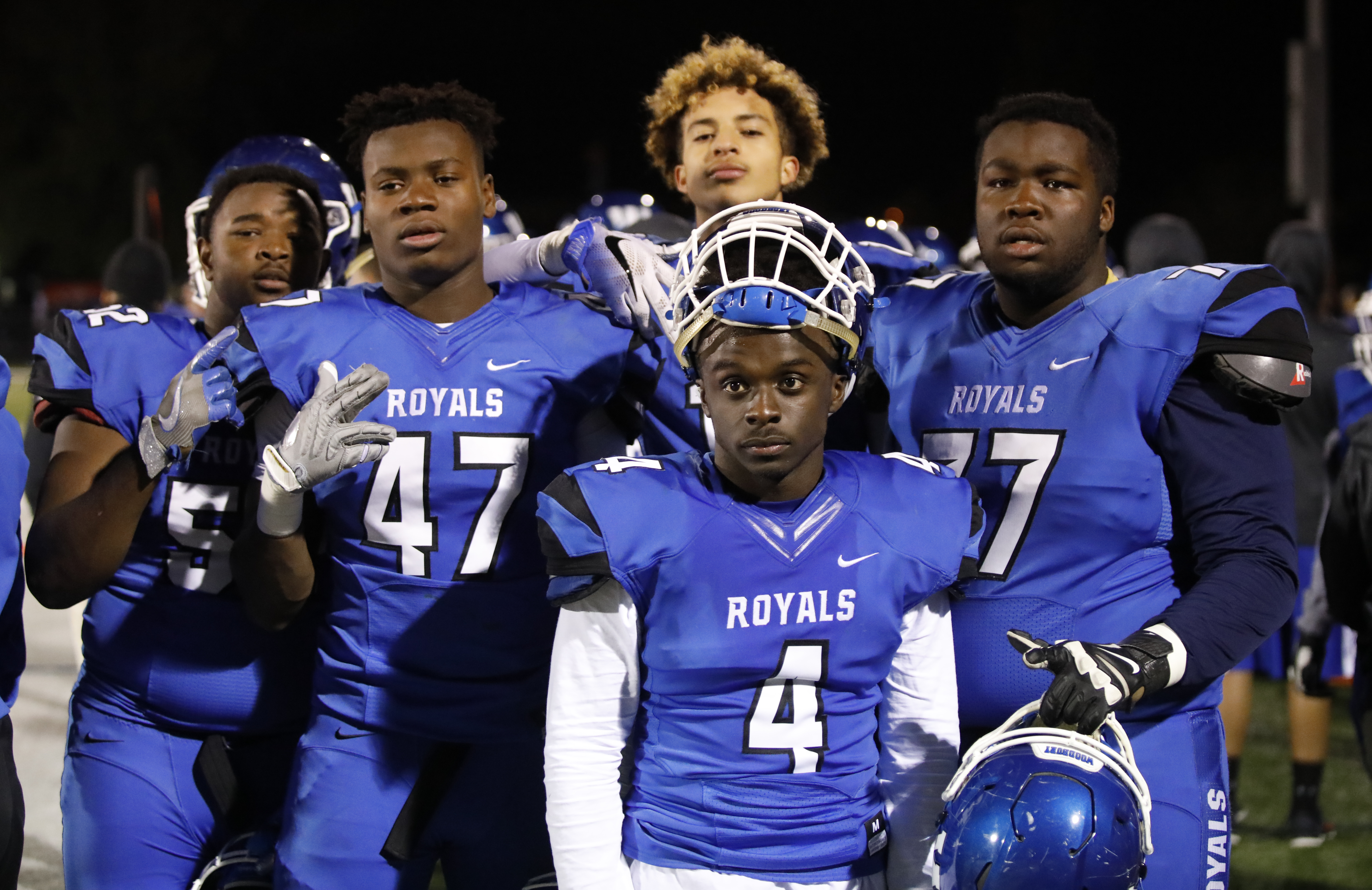 Woodbury players pose for the camera after Ricardo Twinawe (10) or Woodbury made a 52 yard touchdown catch. Photo by Chris Juhn

On Senior Night at Woodbury High School, the seniors on the Royals football team got a victory that had eluded them their entire careers.

Another big play for the Royals set up Woodbury’s second touchdown. Ricardo Twinawe, who was strong all night, ran 73 yards before he was tackled at the 1-yard line. One play later, Jalen Morrison scored to put Woodbury up 13-0.

East Ridge (6-2) star running back Dominik London, who has committed to the University of Minnesota, was doubtful for Wednesday’s game due to an ankle injury. However, London suited up and made an impact in the second half. He scored on a 44-yard run early in the third quarter to cut Woodbury’s lead to 20-14.

The Royals responded on the ensuing drive, and it was a backup quarterback making a big play. Senior Tanner Zuehlke entered at quarterback when Jake West was temporarily sidelined with an injury. Zuehlke hit Coddon for a 20-yard score — Coddon’s second touchdown of the night — to put Woodbury back up by two possessions, 27-14.

Twinawe later exploded for another 70-plus yard run, this time finding the end zone on a 76-yard rush. Morrison scored his second of the game from two yards out to make it 41-17 in the fourth quarter.

With a 52-yard touchdown catch, Twinawe put the game out of reach. His third score of the night — and second receiving touchdown — made it 47-25 in favor of the host Royals with 3:11 to play in the game. 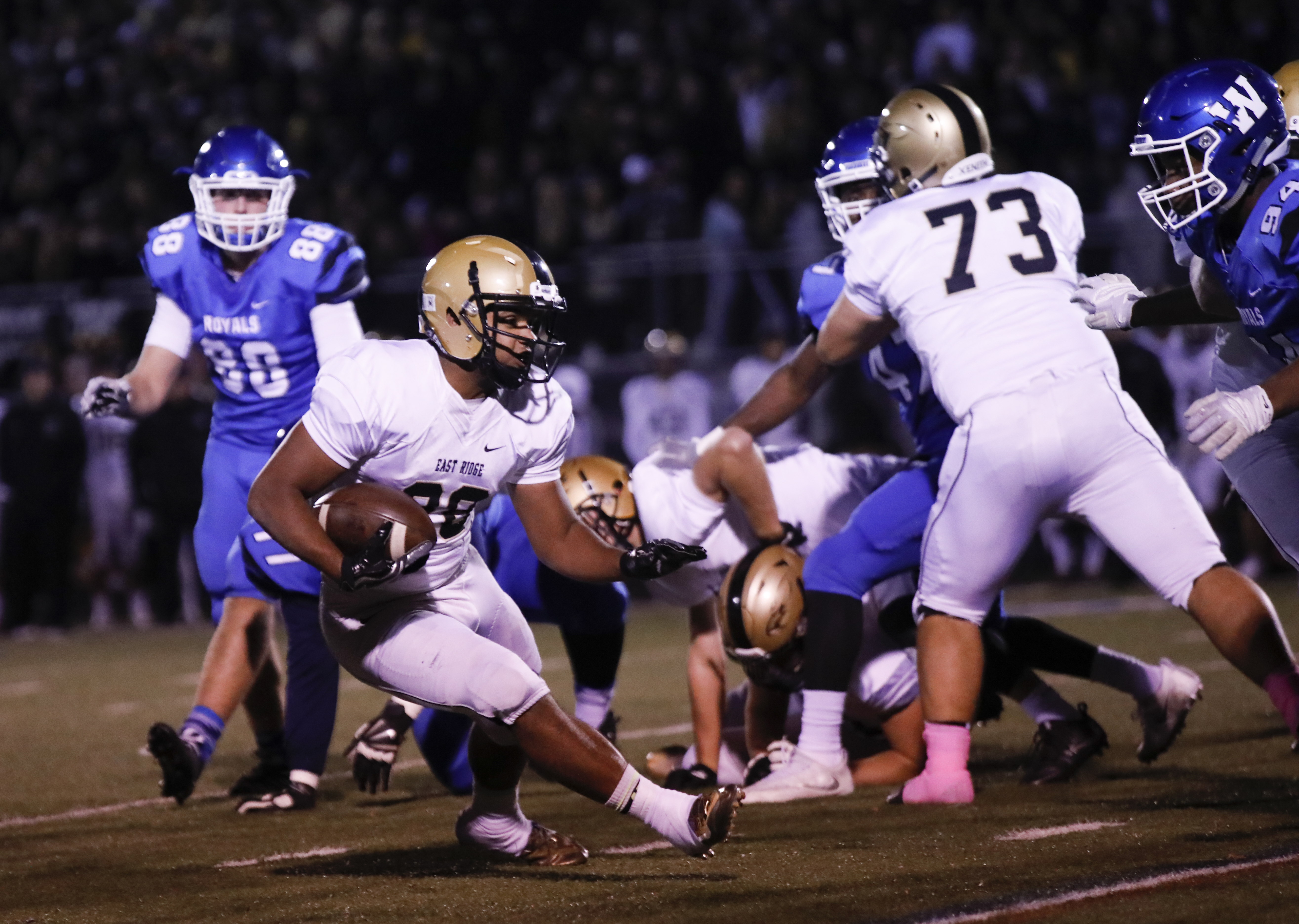 Dominik London (28) of East Ridge runs the ball up the field. East Ridge lost to its rival Woodbury 47-25 in a game at Woodbury. Photo by Chris Juhn 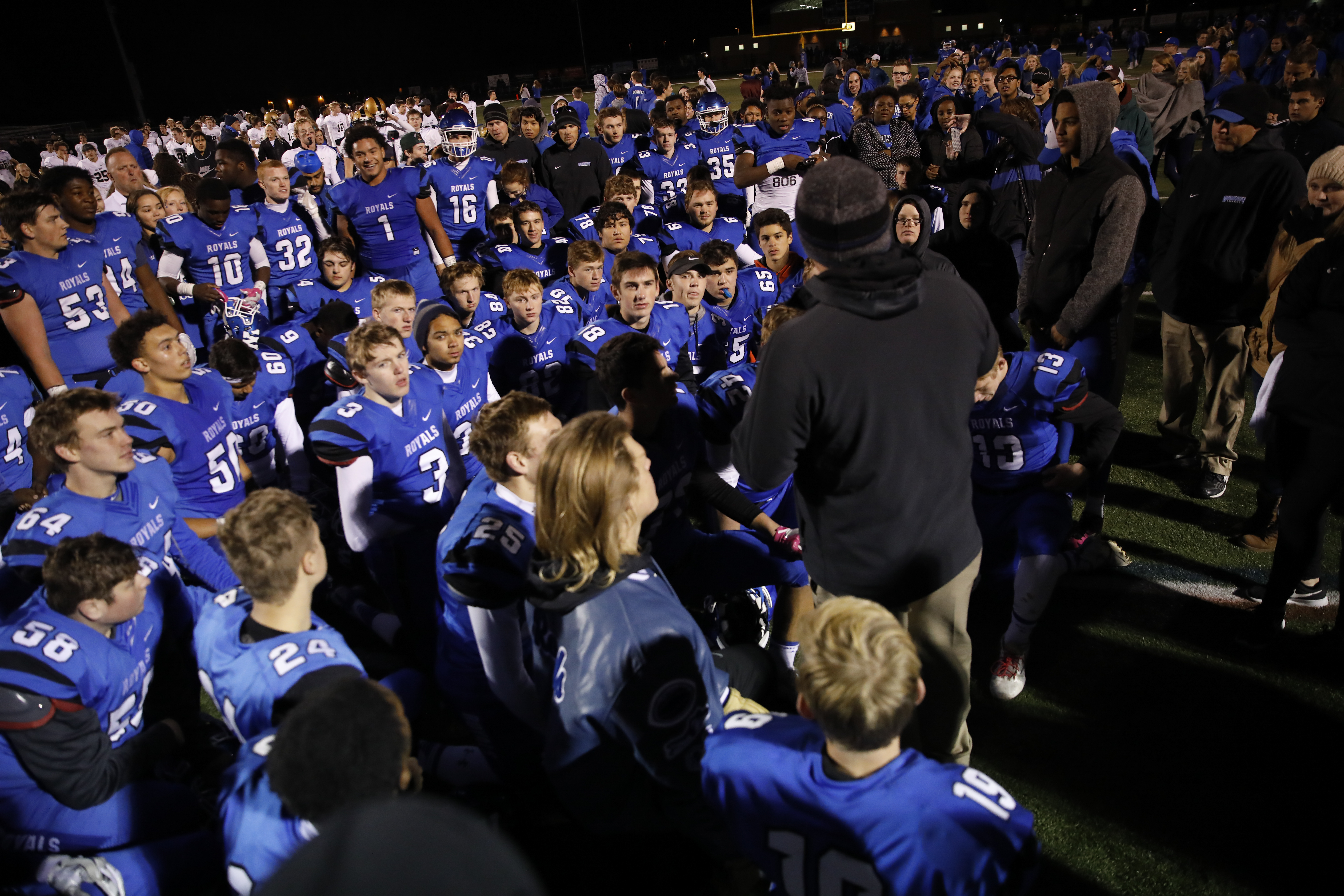 Woodbury players listen to the coach talk after they won the game 47-25 at home. Photo by Chris Juhn