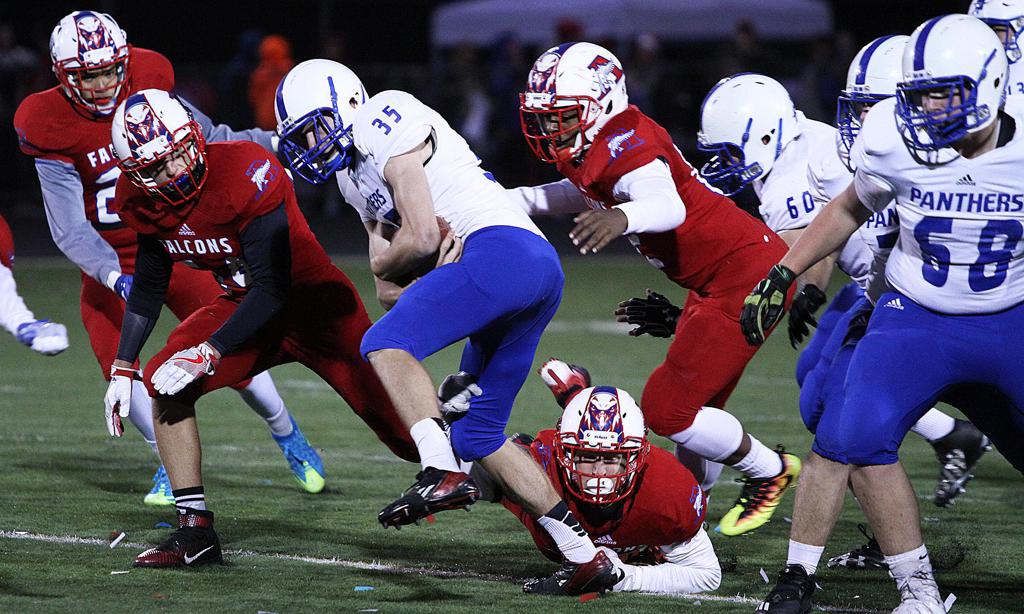 
It doesn’t seem to matter too much who Spring Lake Park decides to hand the ball.

The unbeaten Panthers, ranked No. 3-5A, make their mark at the line of scrimmage, where an monstrous offensive front five clears the path for one the state’s finest practices of the triple option veer offense. One that is predicated on reads and misdirection.

It was on full display on the road Friday night at Robbinsdale Armstrong, where the host Falcons fell flat before their homecoming crowd as the perfect Panthers sewed up another victory in a 42-0 shutout.

“Everything was clicking,” Spring Lake Park coach Jeff Schlieff said. “We didn’t break very many big plays, so (Armstrong) did a fine job of containing us, while we did a fine job of keeping (possession of) the football and moving the chains.”

The Panthers (6-0, 5-0) rolled through five first downs in the opening quarter, and scored on their first two possessions in the opening half. In the second, Spring Lake Park tore the game open with 28 second-half points and enacted the running clock early in the fourth quarter.

Keeping possession of the ball and not allowing their opponents’ many opportunities to catch up has worked well for the Panthers, and it worked again against Armstrong (3-3, 3-2). A deficit quickly becomes a problem as the Falcons’ offense watched from the sidelines for long periods of time, down two touchdowns with little to do about it.

“That’s the best defense you can have, to have your offense out on the field for long stretches,” Schlieff said. “It’s a great way to go, just move the chains, and a lot of that has to do with our line.”

Entering Friday night’s game, the Panthers were averaging nearly eight yards a carry and 400 yards a game. On Friday night against Armstrong, the Panthers’ line set the tone early by sustaining long drives and keeping the ball out of the hands’ of the Falcons’ offense.

Senior captain and three-year starter Josh Ojile, listed at 6-foot-3 and 285 pounds, says this line might have the makings of the most talented group he’s been apart of, as the unit continues to establish itself from week to week.

Lofty praise for a program that has enjoyed plenty of postseason success and state tournament runs.

“We know that we don’t need to rely on a big play to move the ball,” Ojile says. “As long as we can keep getting three or four yards, we’re going to keep marching.”

In a fleet of backs, Fleischfresser was the top runner against Armstrong, though the Panthers’ backs work by committee, anchored by senior quarterback Zach Ojile, who added two touchdowns and 97 yards.

Fleischfresser says it all starts up front.

“Our offensive line is incredibly disciplined, and no matter who gets the ball, we trust them,” Fleischfresser says of the unit up front that averages around 240 pounds. “We’ve been able to run behind them with confidence, and it’s produced yardages.” 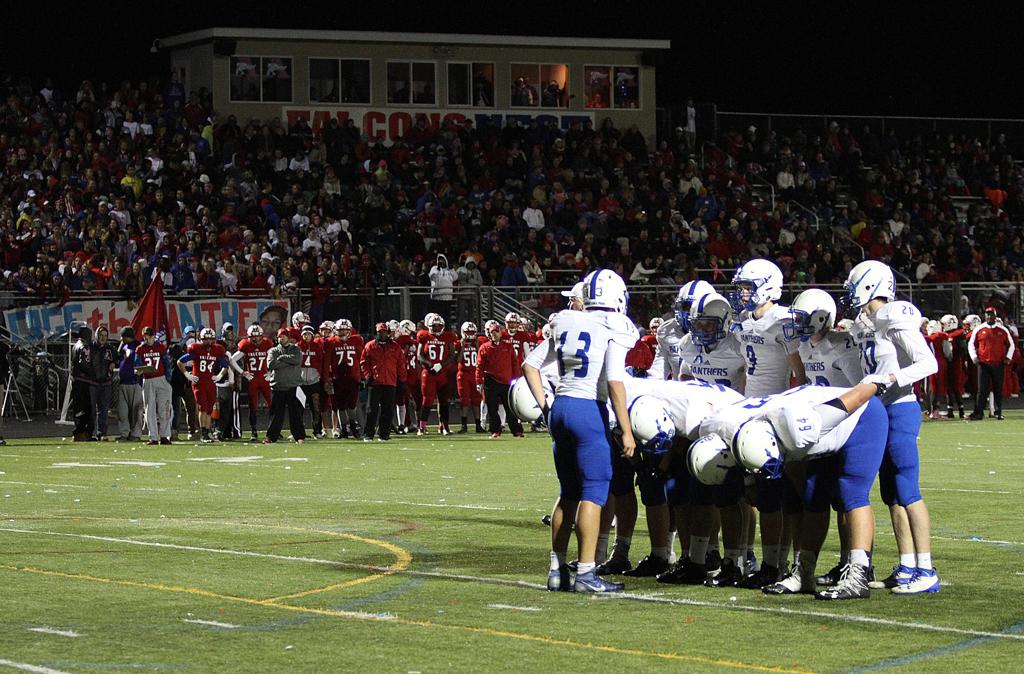 The Panthers huddle in the foreground while a strong homecoming crowd was on hand at the Falcons' Nest. Photo by Drew Herron, SportsEngine

Spring Lake Park turned in a dominating performance on both sides of the ball en route to a 42-0 whipping of host Robbinsdale Armstrong Friday night in Plymouth.

Panthers’ senior running back Anthony Fleischfresser finished with 147 yards and a touchdown on 18 carries to help lead the team to its sixth victory in six tries this season as No. 3-5A Spring Lake Park maintains its perfection while holding on to its spot atop District 6.

Spring Lake Park (6-0, 5-0) got on the board first when senior running back Drew Swenson scored from one yard out with 3:39 left in opening quarter.

Leading 14-0 at the half, Spring Lake Park broke loose in the third quarter, bookending the period with a touchdown on its first possession, then adding another score in the final minute of the frame to enter the fourth with a 28-0 lead that proved insurmountable for the Falcons.

Five running backs scored touchdowns for the Panthers, who successfully chipped away on the ground behind its massive offensive line. In addition to Fleischfresser and Swenson, Zachary Ojile, Cade McMahon and Frankie Jordan all scored for the Panthers.

Armstrong (3-3, 3-2) struggled to get much going offensively, and once the Falcons fell behind, it proved tough to swing the momentum as Spring Lake Park maintained long  and fruitful drives. 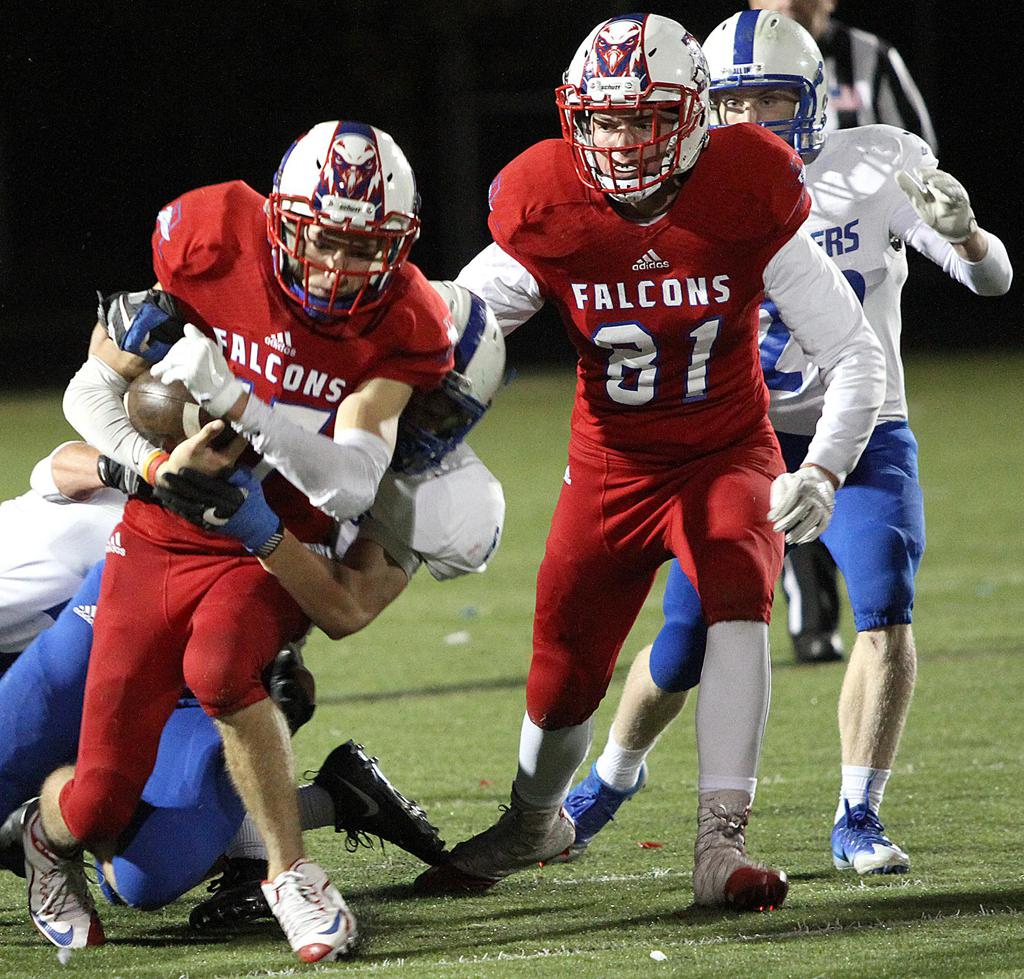 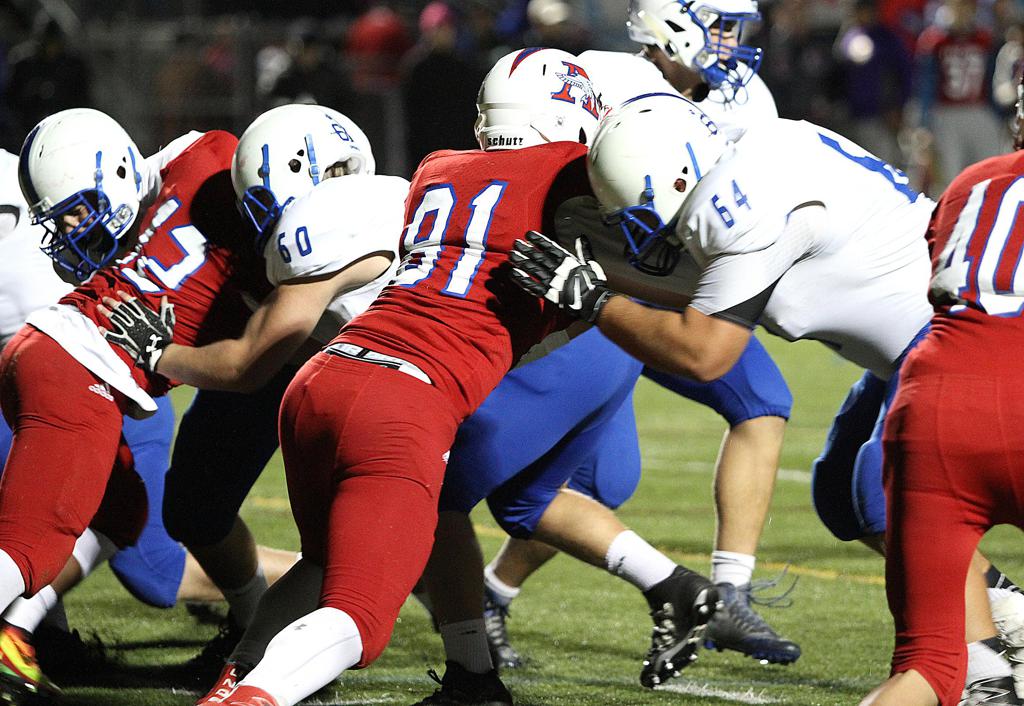