Wayzata has momentum after upset of Minnetonka

After an upset of Minnetonka, Wayzata and others are one step closer to reaching state. 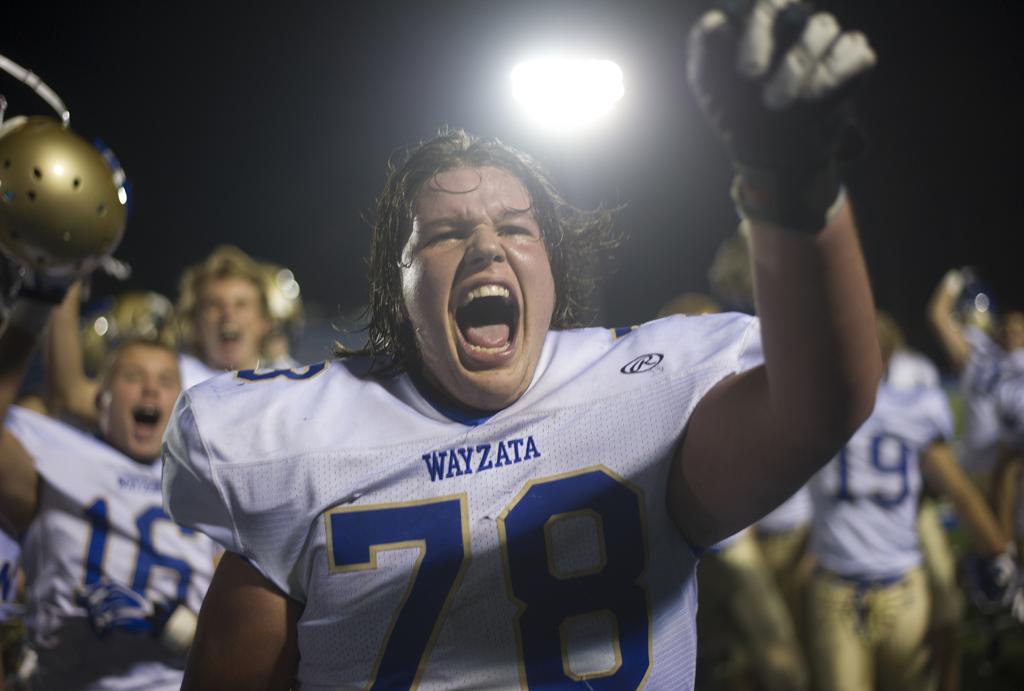 On paper, the Wayzata football program is always formidable. With three state championships in a six-year span from 2005 through 2010, any game involving the Trojans is always noteworthy.

But things went south for Wayzata this season. The Trojans lost games they normally win and even found themselves on the receiving end of beatdowns they were more used to dishing out. Their 2-6 regular season record was their worst since 1992. Many thought their trip to Minnetonka in the first round of the Class 6A, Section 6 playoffs, a team that had defeated them 17-6 nine days earlier, would bring a merciful end to a forgettable season.

Thing is, no one thought to tell the Trojans they weren’t supposed to win.

They played their most complete game of the season in Friday’s 31-28 victory, running with grit, playing with abandon and looking far more like the Wayzata teams of old.

Wayzata’s reward for beating Minnetonka and regaining the Bay Bell Trophy? A date Friday at Class 6A’s No. 2-seeded Rosemount, which many already have penciled in as Prep Bowl finalist.

Anderson knows Wayzata has a long and huge task ahead, but coming off a big playoff victory is a nice way to approach it.

“We’ll get back to work. Rosemount is very tough opponent,” Anderson said. “We talked about believing in ourselves. We’ll put everything we have out there and live with the result.”

Here’s a look at three upcoming west metro football section finals that may have slipped under the radar but are certainly worth noting.

Expectations have long been high at DeLaSalle, but the Islanders have developed a troubling tendency to fall short of hopes in recent years. In 2011, they were upset by Rockford in the first round of the section playoffs. In 2012 DeLaSalle was 10-0 before falling to Becker in the Class 4A state quarterfinals. Last year Holy Angels’ speed surprised them a 32-21 loss in the Class 4A state semifinals. Fast-forward to Oct. 2 earlier this year, when DeLaSalle defeated a tough Benilde-St. Margaret’s team 63-31. Coach Sean McMenomy said he thinks this might be the best team he’s had. The Islanders will get another shot to prove they can take care of business when necessary.

Providence gets the chance to prove its gaudy 9-0 record is more than just the product of a mediocre schedule. The Lions have all the right pieces — size, experience and a leader in RB/LB Ryan Richelsen, who could start for any school in the state. But most coaches agree that playing a tough schedule is the best preparation foe the postseason. Traditional power Glencoe-Silver Lake started 1-3, but the Panthers have reeled off six straight victories, including a 27-13 victory at No. 2-seeded Watertown-Mayer.