A new district scheduling plan, approved by the Minnesota State High School League, will group teams based on geography and enrollment. 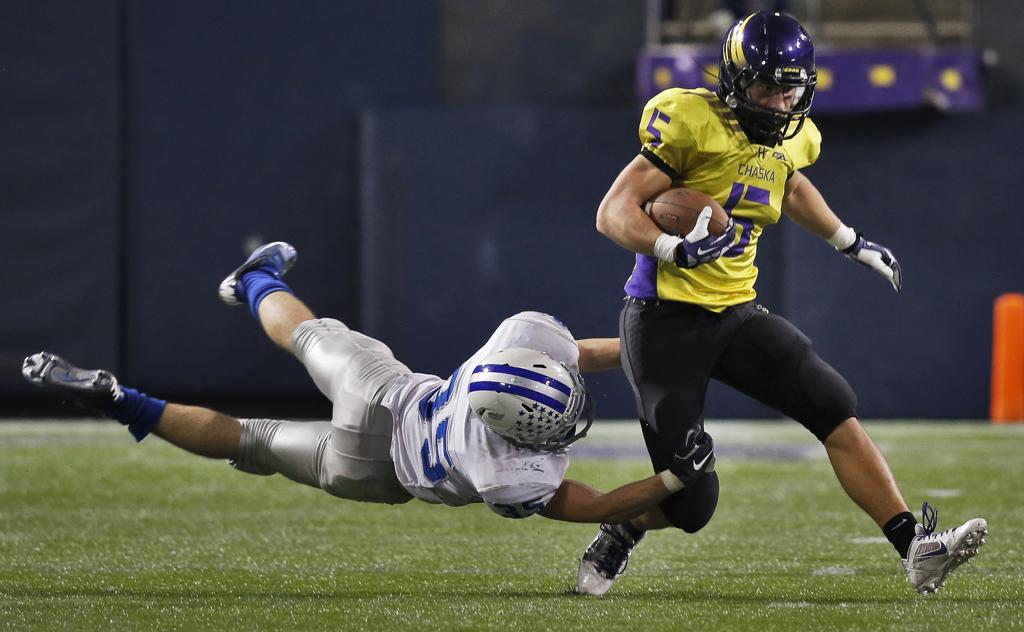 Rather than fend for themselves in forging football schedules, Minnesota high school teams will be grouped together in pods starting in 2015 that will guarantee a full slate of regular-season games without requiring extensive travel.

The measure, known as district scheduling, was approved Thursday by the Minnesota State High School League (MSHSL) in an emotion-laden meeting that capped years of struggle by schools trying to assemble schedules.

The plan would group large numbers of teams — at least 16 whenever possible — primarily based on geography and enrollment. While details of the groupings have yet to be worked out, the plan could affect the makeup of present conferences.

The plan was approved by a 19-1 vote at the league’s board of directors meeting in Brooklyn Center before an unusually large crowd of speakers and observers.

He said long bus rides and his school’s 0-8 record in the Heart O’Lakes Conference are having ill effects on community and program morale.

A recent league survey of school officials found that 41 percent of schools reported difficulty with regular-season football scheduling in the past 10 years.

Sherwood, whose school has more than 3,000 students and boasts the state’s largest enrollment, said: “I’m sensitive to that, but historically it’s gone on forever. In the 1970s Wayzata was a farm community getting drilled by St. Louis Park and Richfield.”

Additional testimony from Albert Lea, Blue Earth and Waterville-Elysian-Morristown activities directors about the need for a different scheduling approach “really drove the point home to the board,” Sherwood said.

Rosemount activities director Mike Manning cast the only dissenting vote. During board discussion, Manning said he would prefer the league address individual schools where schedule issues existed rather than create a new system.

The next steps are creating districts and placing teams, said league associate director Kevin Merkle said. Enrollment data from the Minnesota Board of Education will be obtained in February.

Schools can make their case for placement until approximately April 1. But once they are placed the decision will be final.

Merkle said he hopes the board can vote on a district plan at the June 2 meeting.

The board approved changes to the 2015 football schedule to accommodate an earlier Prep Bowl while still guaranteeing every team eight regular-season games and a playoffs spot. Practices will begin Aug. 10 and the first games will be played Aug. 22.

Softball will expand from three to four classes beginning with the 2016 season.