All seven title games in 2014 will be played at TCF Bank Stadium a week before Thanksgiving. 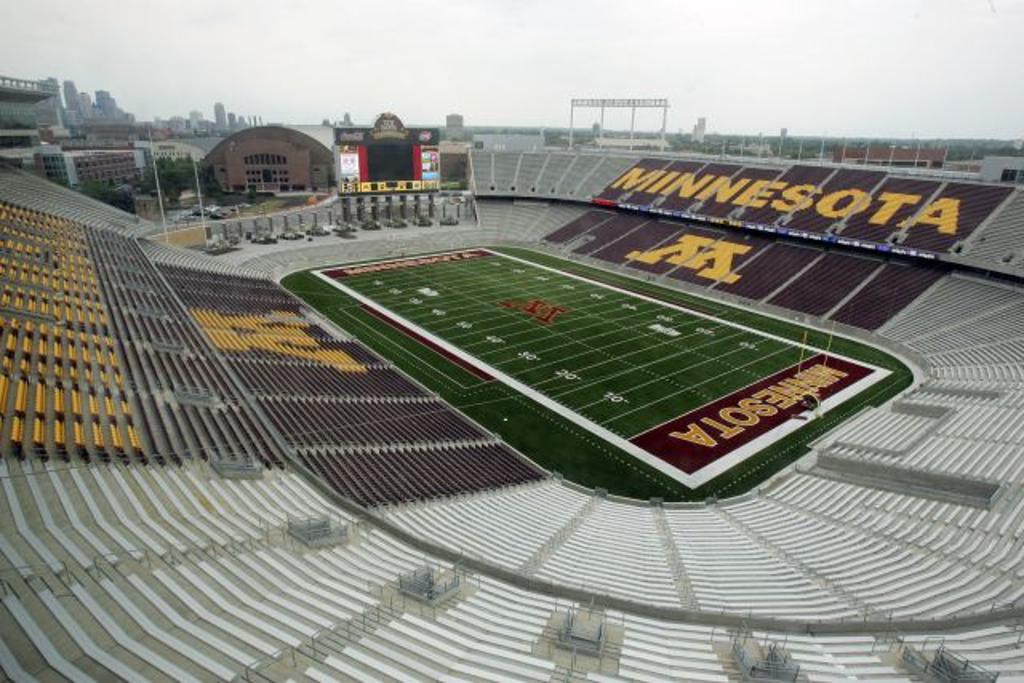 The Gophers head into a new era this season, back onto campus and into TCF Bank Stadium. They also will take a modified approach on offense and a changed direction with their nonconference schedule.

The two-day, seven game event will be held Nov. 21-22, 2014, marking the first time in the Prep Bowl’s 33-year history the games will not be played in the climate-controlled Metrodome.

The games will be a week earlier than their usual slot on Thanksgiving weekend. But because of how the calendar falls, no other playoff format or schedule changes are expected for 2014.

Things could change after that, however, as the Minnesota State High School League tries to solve scheduling challenges for the 2015 Prep Bowl as well as throughout the state. Those decisions are expected to be made in the fall or early next year.

The 2015 Prep Bowl also will be held at TCF Bank Stadium while the new Vikings stadium is being built. The Prep Bowl that year could be played Nov. 13-14, two weeks earlier than normal, because the University of Minnesota released its 2015 schedule Monday showing the Gophers with home games on Nov. 21 and 28.

As a result, high school teams likely will start the 2015 season one week earlier. Other options are shortening the regular season from eight to seven games or limiting the number of teams that qualify for postseason section playoffs.

Minnesota State High School League associate director Kevin Merkle said during Monday’s board meeting in Brooklyn Center that the football coaches advisory committee “is not excited” about shrinking the playoff field. A decision is expected at the August or October meeting of the high school league board.

Merkle also discussed a new statewide scheduling plan to help address concerns of teams that, despite changes made a few years ago, continue to struggle to schedule of full slate of games. Options include forming conferences only for football, which Merkle said 52 percent of the state’s schools already use.

Another option is creating groups of a dozen or so schools that would schedule football opponents based on a strong competitive fit or proximity. Merkle said he hopes a new plan is in place by the early part of next year.

“We need to make some changes,” Merkle said. “The status quo is not acceptable.”

In other board action Monday, a proposal by the Nordic Skiing Coaches Association to expand the state meet failed by a 9-8 vote. Wayzata Nordic skiing coach Larry Myers spoke on behalf of expanding the event by allowing the top two teams from each of eight sections to advance.