They will participate in the Minnesota Football Coaches Association High School All-Star Game. 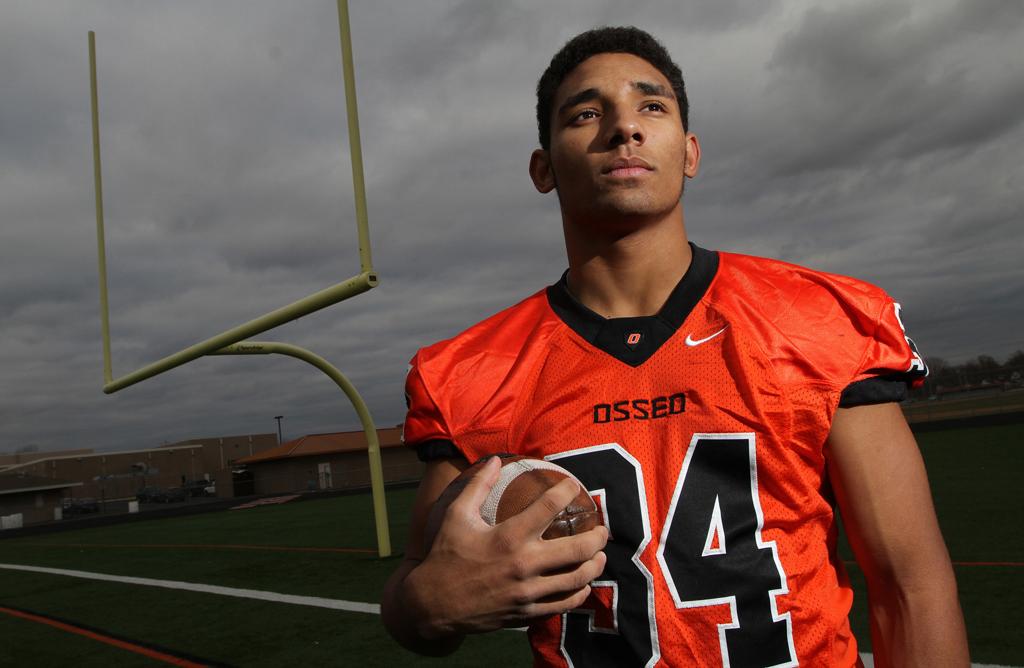 Leading the way is Osseo’s Bridgeport Tusler, a running back/defensive back who served as the Orioles’ heart and soul and earned virtually every major individual postseason award. Tusler rushed for 1,173 yards and 16 touchdowns. He caught 18 passes for 243 yards and three touchdowns. He added four additional touchdowns through passing (one), punt returns (two) and on one of his eight interceptions.

Tusler will be joined by linebacker and former Osseo teammate Troy Kray and future South Dakota State teammate and roommate Jake Wieneke. Physically dominant, the Maple Grove wide receiver used his size (6-4, 210 pounds), terrific hands, body control and surprising speed to catch 53 passes for 1,130 yards and 13 TDs — scoring one in every game in which he played.