Lakeville North's goal before the start of the season could be simply stated. 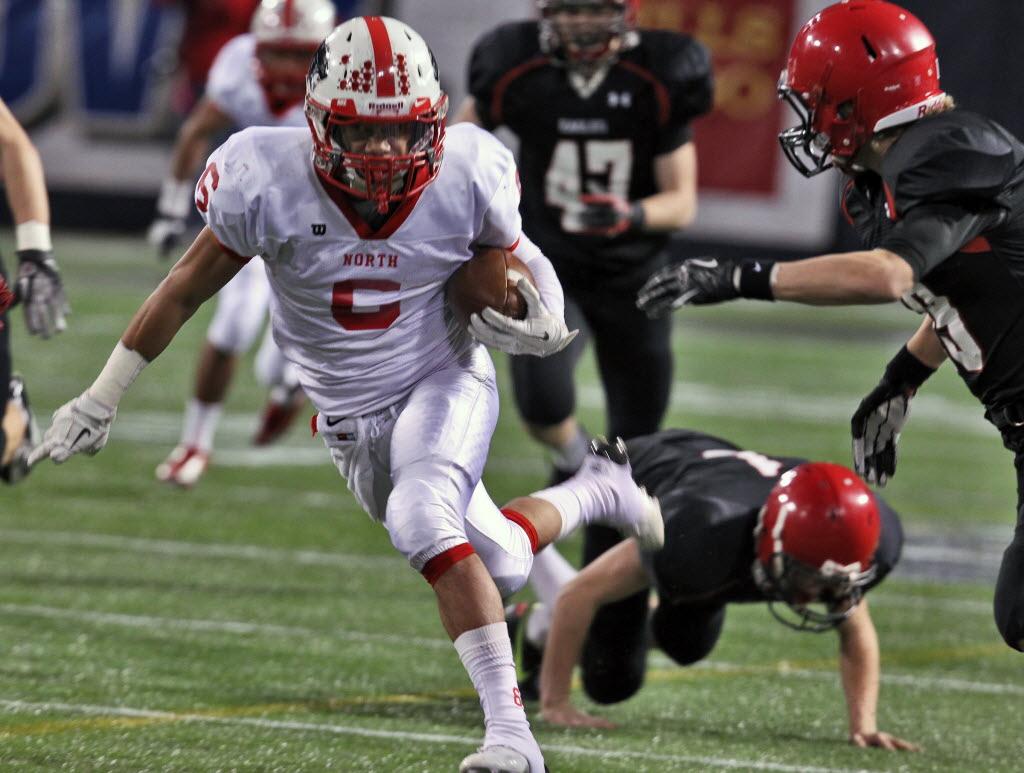 The goal for Lakeville North's football team before the start of the season was simple: win its last game.

The Panthers reached their ultimate destination, but came up short in their bid to go out on top. Perennial power Eden Prairie turned in a stellar defensive performance, defeating Lakeville North 28-7 in the initial Class 6A championship at the Metrodome.

"I wish I had a better answer, but they just beat us," said the Panthers' Brian Vossen, who became the school's coach in 2010. "They controlled the line and let their linebackers run all over the place."

Lakeville North didn't score until Ben Blake caught a 13-yard touchdown pass from Zach Creighton late in the game. The Panthers, who earned a share of the South Suburban Conference title, finished the season 11-2.

Lakeville North played in its first title game since the school district went to two schools in 2005 (South and North). Lakeville North also appeared in the Class 5A state tournament in 2007, '09 and '11.

Taking on a larger role

Eastview boys' cross-country coach Tom Sharp is taking on a larger role at the school. He also has agreed to become the boys' track coach in the spring.

Sharp replaces Troy Swanson, who resigned at the conclusion of last season after guiding the Lightning for 14 years. Sharp has been an assistant coach with the track program since 2002.

"I am excited to take over the leadership of a very strong program and continue to work with a coaching staff that developed this program from the opening of Eastview High School," Sharp said in a press release.

"Our goal is to bring an already successful program to the next level and consistently compete as a team with the best in the state."

The former Minneapolis Roosevelt runner has been a science teacher at the school since it opened in 1997.

• Shakopee senior forward Lauren Hespenheide opened the season on a strong note. In the Sabers' first six girls' hockey games, Hespenheide figured in the scoring on 16 of their 21 goals. She scored four goals and had 12 assists during that span, in which the Sabers went 3-2-1. She is headed to St. Cloud State.

• Eastview's girls' basketball team, led by sophomore guard Madison Guebert, topped defending state champions in back-to-back games of the Hamline Invitational to open the season. Guebert had 19 points in a 50-30 victory over Class 2A Providence Academy. She followed that with a 29-point performance in an 82-59 triumph over Class 3A DeLaSalle.