Eagles get defensive, too 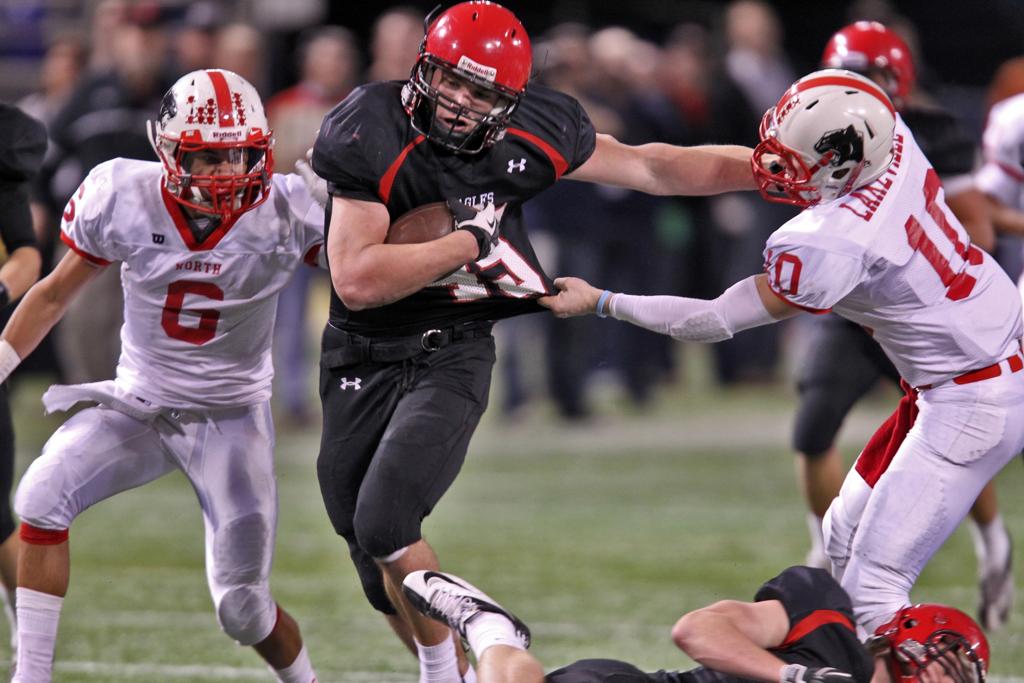 The upstarts came in with a swagger, lauded by the media and, for many, the reason why Lakeville North was the fashionable pick to win the Class 6A state championship.

The Panthers' defense had developed a cultlike following. Its players weren't big, but they were fast and relentless and hungry.

It would have been impossible for the Eden Prairie defense not to notice. Here they were, the defending state champs with a reputation for stonewalling opponents, yet it was the other guys who were stealing their thunder.

"We wanted to make a statement," defensive tackle Tyson Reinke said. "We're still Eden Prairie, and we wanted to prove we still had the best defense in the state. We wanted it bad."

On the Metrodome turf so familiar to them, the Eagles showed why they are still Minnesota's gold standard for defensive high school football. They held Lakeville North to 219 total yards, 84 coming in the final minutes when the game had long been decided. The Eagles intercepted Panthers quarterback Zach Creighton three times. They played the role of the fed-up big brother, punishing the Panthers by beating them to holes, finishing tackles and sending a physical message every chance they could.

"That's the mentality you have to have on defense," said linebacker Jack Cottrell, who had five tackles and two interceptions. "You have to get into people's bodies and push them around. Like our coaches say, you have to want them to come at you. If you don't, you shouldn't be on the field."

Creighton had made his name as a playmaker, a scrambler who used his feet to keep a play alive until he found an opening. Eden Prairie provided few openings.

"They played their defensive backs so deep that we couldn't make any big plays," Lakeville North coach Brian Vossen said. "That's our game. And they're so big up front, they controlled the line and let their linebackers run all over the place. I wish I had a better answer, but they just beat us."

Which, Reinke said, is exactly how he thought the game would turn out.

"We want to be special as a team," he said. "Obviously, being special is when you win a state championship, and that's what we did. That's what I knew we would do."