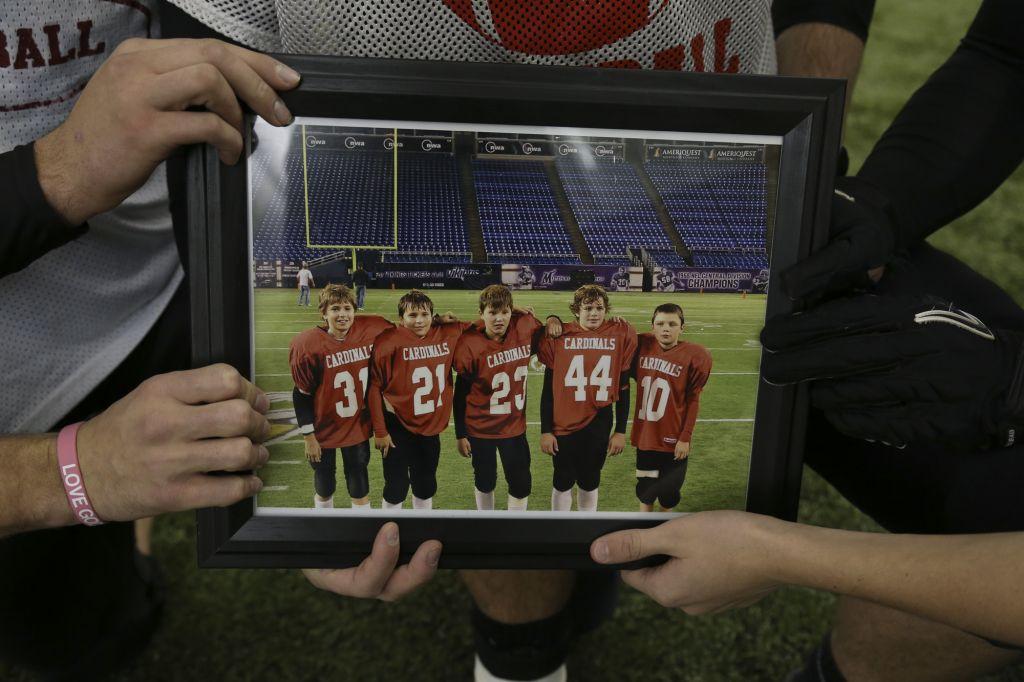 Resting against a wall in the Bethlehem Academy coaches office is a memento to the program's change of course: a nicely framed photo of five sixth-graders in Cardinals uniforms.

The photo of the youth league champions from six years ago includes Tim Angell, Matt Siegfried, Joe Zweber, Dylan Valentyn and Jacob Kuhlman, examples of the commitment required to fulfill Hanson's vision for the program.

This group, along with the majority of this year's 17 seniors, were part of the youth start-up team that has transformed the football presence of the Faribault-based Catholic school of 195 students and led it to its first-ever berth in a Prep Bowl championship game.

Hanson started the program with hopes of linking youth football to the school in a way that would change the school's mediocre football performance and decreasing number of players.

He didn't have to go far to find the connection.

Across the street from the high school is a Catholic elementary school, Divine Mercy. Most of the kids who played football took part in the city parks and recreation program, often competing against one another.

Hanson, using an idea that worked for him in his previous job in South Dakota, talked to parents about creating a school-based program for third- through sixth-graders. Kids would play together against grade-based teams from the area and received training consistent with the high school program.

"In sixth grade we got to play together. I thought it was great for the program," Valentyn said. "A big part of our team is chemistry and being able to execute. I think [the youth league] is a big part of our success."

This success helped the Cardinals advance to the state tournament for the first time. They will play unbeaten Mahnomen, making its 21st tournament appearance, in the Class 1A championship game at 10 a.m. Saturday.

Since implementing the youth movement, Bethlehem Academy's football roster has jumped from an average of 28 players in the mid-2000s to 51 this season. The youth program, led by Hanson on Tuesday and Thursday nights, provides the development that he believes has helped lead to Saturday's milestone.

"We looked at things and decided we needed to change the culture, the camaraderie and the team atmosphere," Hanson said.

It wasn't hard to recognize the change, Angell said.

"I'm grateful for the coaches for starting that program," he said. "We made goals as sixth-graders to come back here and play in a state championship. We made it a priority."

The Cardinals are still learning along the way. After watching film on Monday, the coach reminded his players how to speak to the press and that their presence at the Prep Bowl is part of the culture of success.

The pioneers believe they have changed the course of Bethlehem Academy football for the foreseeable future.

"We got us a little taste of it when we were younger," Zweber said. "Now I think it helps kids get interested to play. When the younger kids see us make it to state, I think they'll want to come to Bethlehem Academy. It's awesome making history at our school."