A rare St. Thomas loss and a key injury in the same game became a catalyst for a playoff push. 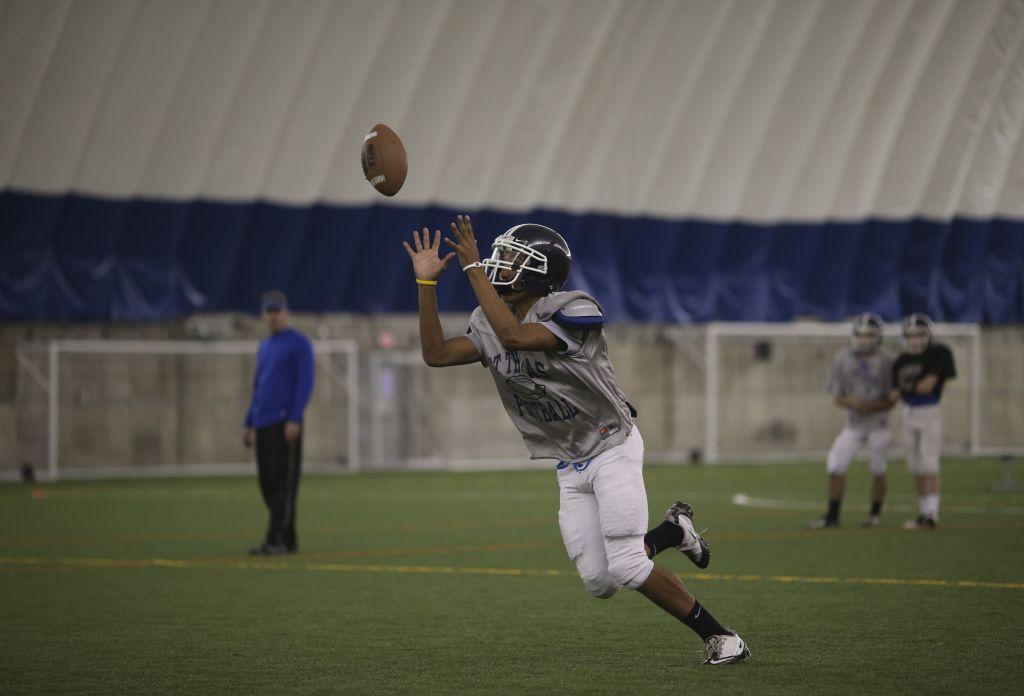 As a Mahtomedi tackler grabbed him from behind, St. Thomas Academy's Alex Stevson knew a potential kickoff return touchdown was doomed.

Making things worse, Stevson felt his arm pinned and could not brace for crashing to the turf. A penalty nullified the long return, but his body signaled something more serious.

"I could tell something was wrong because I couldn't move my arm at all," Stevson said. "It was just a dead arm."

X-rays the next day revealed a broken collarbone that would require at least six weeks to heal, posing a troubling time line for a senior injured in late September. Stevson's comeback depended on his teammates extending the season.

They came through. Stevson, a key component to the No. 4 Cadets' run-heavy offense, returns to play against No. 3 Owatonna (11-0) on Friday in the Class 5A state tournament semifinals.

"We kept telling him that we weren't going to let the season end without him," fellow senior running back Nick Waldvogel said.

Players call the Mahtomedi loss the catalyst for reaching the semifinals. In addition to losing Stevson in the game, the Cadets lost their first regular-season game since 2008 -- the year before current seniors enrolled at St. Thomas.

"A lot of guys have said that's the best thing that could've happened to us," Waldvogel said. "We had a little bit of arrogance, and that loss helped us refocus."

The injuries didn't stop, but another trend emerged. Waldvogel missed the Simley and East Ridge games, but junior Carter Vanasek filled the void. When Mario Bognanno, who stepped in for Stevson, missed the South St. Paul game with a concussion, Danny McManus moved over from defense to help. Throw in fullback Pat McFadden, who is spelled by Joe Herbeck, and you get a stable of seasoned runners.

"I've been joking with the coaches, asking them what they are going to do now since we're all back," McFadden said. "We have a surplus, and that's not a bad problem to have."

The all-for-one credo started with Stevson, who pleaded with teammates to prolong the season as far as possible.

"He texted me the night before the East Ridge game and was like, 'You guys have to win,'" McFadden said. "It showed me how important it was to him. And it reminded me that we're trying to win for each other."

McFadden saw Stevson smiling at practice despite wearing a sling for six weeks but said, "You could tell that inside it was eating at him."

"I was always optimistic that I would come back eventually," he said. "Now that I'm back it feels really good."