As he prepares to lead Brainerd football for a 38th season, coach Ron Stolski is still having fun indulging his passions. 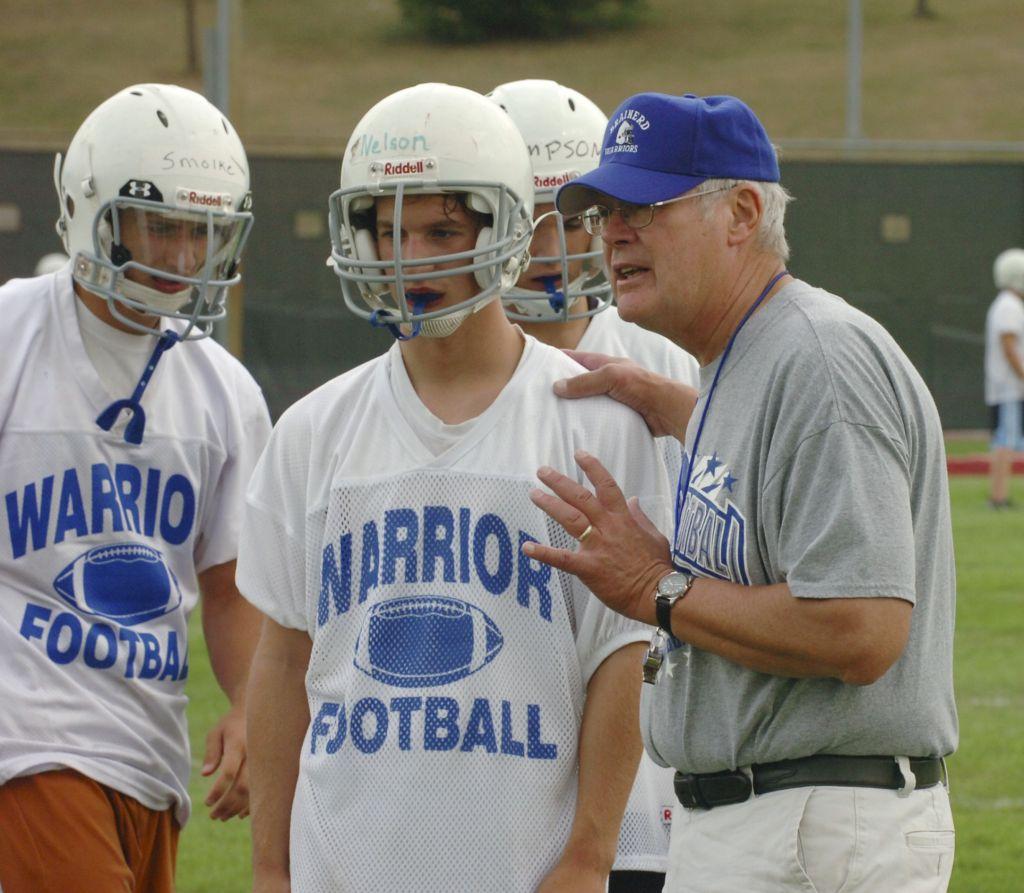 There was an opening for a football coach and a teacher at the tiny high school in Kensington, Minn., in the summer of 1962. Ron Stolski put on the blue suit that he had first worn to his junior prom at Patrick Henry High School a half-dozen years earlier and went for an interview.

"The superintendent was an old Finnish fellow that everyone in town called 'Tug,'" Stolski said. "I found him at the school. We went down to his cramped office, he asked a few questions, then took me to see the football field.

Stolski recruited his brother to help build and install goalposts. Kensington played eight-man football, and the new coach's plan was to have two-a-days when practice started for the 1962 season.

"Three kids showed up the first day," Stolski said. "I got a list of the boys in school and started making calls. We wound up with 13, although a couple missed the first game because they had jobs 'haying.'"

Veteran coaches refer to big, tough football players as "studs," and Stolski had one in Paul Belgum.

"He came back from an injury, and we won our homecoming game," Stolski said. "Tug and I were jumping around like kids, and then this 1957 Chevy comes driving across the field, and some kids jump out and tie a rope to a goalpost. I yell, 'Tug, they're going to tear down our goalposts,' and he says, 'We'll put up some new ones.' "

And those are reasons that 50 years later, Ron Stolski is preparing to coach another high school football season: kids, competition, joy, camaraderie, community ... the things that can keep a man soon to turn 73 full of energy.

"Family, football and fishing -- those are my passions," Stolski said.

Stolski was camped on an island in Namakan Lake on the Canada-Minnesota border for most of last week. It was the continuation of a tradition started in 1966, when Stolski and seven friends went to Namakan to fish for walleye.

"There are three of the original eight still alive and making the trip," Stolski said. "We have brought in some reinforcements over the years."

Stolski was required to interrupt the fishing stay Friday. He drove home to Brainerd, picked up some clean clothes, then headed to St. Paul, where he was among eight Macalester alumni being honored this weekend with the school's Distinguished Citizen Award.

Stolski was a quarterback and team captain at Macalester in the late '50s, when the Scots were competitive in MIAC football. "We were good in 1957 and had another good team in 1960, when I was a senior," Stolski said.

He worked his way up in the Minnesota coaching ranks: Kensington, then Slayton, then Princeton, before starting the program at the new Park Center High School in 1971. Four years later, Stolski was hired away by Brainerd, which wanted both a football coach and an athletic director.

Stolski was on the faculty until 1999. Since then, it has been all football (and family and fishing).

In August, he will assemble the Warriors for a 38th season. The indication at the spring meeting is that 100 players will get pads. That's a strong number in an era when high school football faces a new challenge:

"It's something that football has to get its hands on and deal with, but I have to ask: Why aren't we hearing the same concerns about concussions in hockey?" Stolski said. "Hockey has had terrible concussion injuries, but it's being treated as though this is only a football problem."

Perception can be tougher to deal with than reality. So does Stolski, the executive director of Minnesota Football Coaches Association, fear a statewide participation decline over that "football problem" perception?

"Truth?" Stolski said. "From what I've seen, specialization is the biggest challenge for high school football in this state. Football is the only sport that still has a season. Hockey, basketball, baseball ... they are year-round sports now and don't want a kid to take time for anything else."

Patrick Reusse can be heard noon-4 weekdays on 1500-AM. • preusse@startribune.com