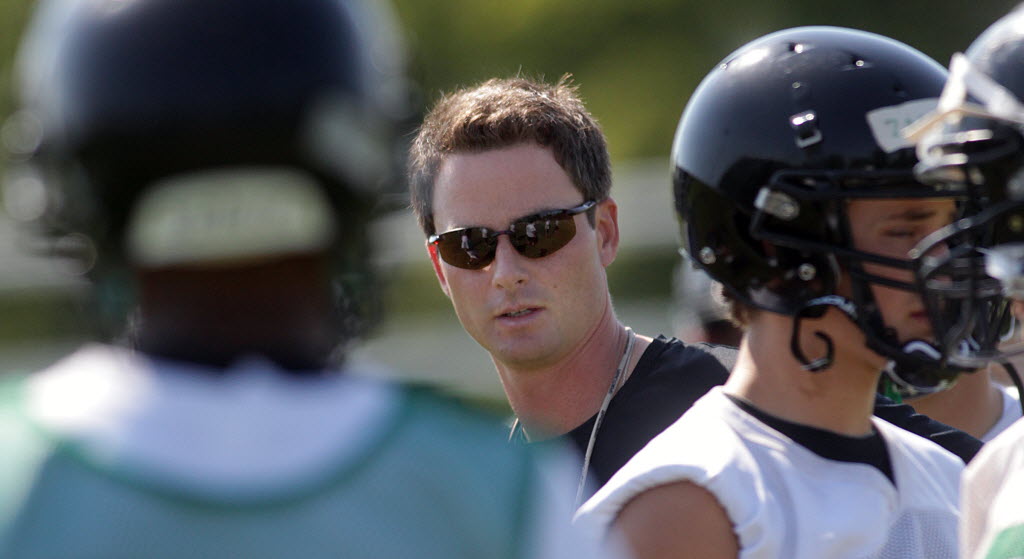 Brooks was here – and now he’s gone after one season.

Brooks Bollinger, the former Vikings quarterback, has left his post as head football coach at Hill-Murray to become the quarterbacks coach at the University of Pittsburgh.

Bollinger, 32, coached the Pioneers to the Class 4A state semifinals last fall in his first year at the helm, losing to eventual champion Rocori. He was recently appointed to the position of Major Gift Officer at Hill-Murray, a private school in Maplewood.

"He did a great job and he is an outstanding person," Hill-Murray activities director Bill Lechner said. "At the end of the day we lost a quality guy."

New Pitt coach Paul Chryst was the offensive coordinator at the University of Wisconsin before taking the Panthers' head job. He did not coach Bollinger while he was the Badgers’ quarterback from 2000-03, but he was the tight ends coach there in 2002. Bollinger was a sixth-round draft pick by the New York Jets in 2003.

"The timing isn't perfect but everyone has been supportive," Bollinger said. "It was not an easy decision and I would not have made a jump like this to just anywhere. It's a great opportunity for my family and I."