The Spartans defeated the Hawks 35-7 to remain undefeated on the season. 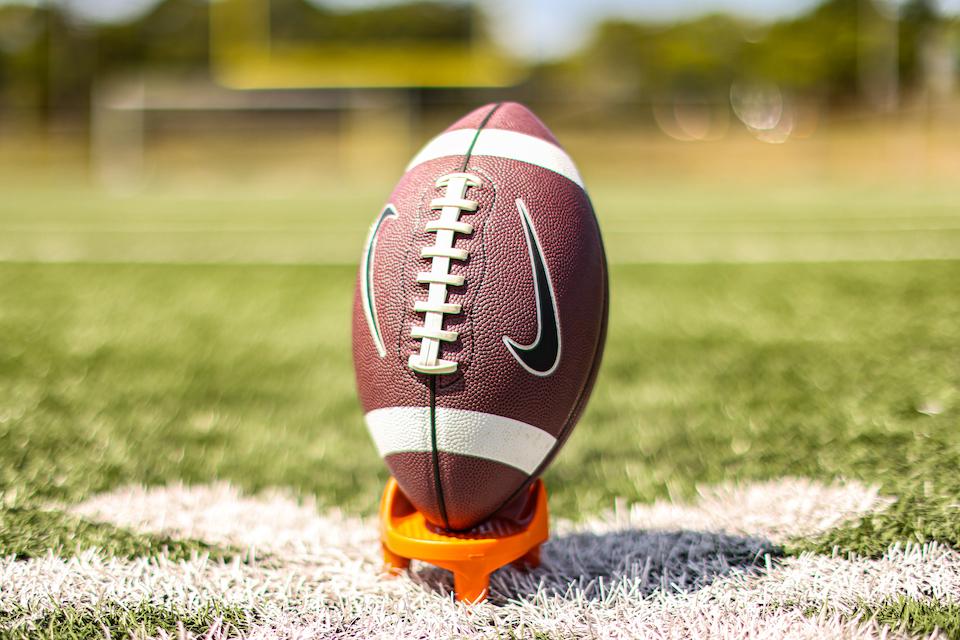 When Simley snapped the ball, Robbinsdale Cooper defenders’ eyes darted in all directions.

The pigskin could be going to bruising senior running back Gavin Nelson, who steamrolled his way to 184 yards and three touchdowns. As soon as personnel flocked his way, the handoff was faked by senior quarterback Caden Renslow, who flashed his legs for 52 rushing yards and a touchdown. He added 112 more yards and another score through the air on his 66.6% pass completion rate.

Trying to keep those two in check gave room to senior David Gogins. He caught five balls for 100 yards and showed his speed to finish off a 51-yard touchdown reception.

It was all accomplished against many scouting services’ top recruit in Minnesota for the class of 2023 — Robbinsdale Cooper’s 6-foot-4, 240-pound edge and LSU commit, Jaxon Howard.

“We definitely keyed on him, we kept our eye on him,” Renslow said of Howard, who also saw snaps at tight end. “But Coach (Chris) Mensen and Coach Mack Short, they kept a game plan, we stuck to it, and look at the scoreboard. That’s what happens when our coaches put a good game plan in and we’re effective. It’s dangerous.”

Host Simley (5-0), ranked No. 3 in Class 4A in the Associated Press poll, avoided the upset to beat Robbinsdale Cooper 35-7 on homecoming night in Inver Grove Heights.

The Hawks (1-4) were 2021 Class 5A finalists. Last week, they knocked off previously unbeaten Academy of Holy Angels. Simley was on notice.

The home team was in control from the opening possession. It resulted in six plays, 61 yards and a lot of Nelson after a 16-yard pass to the sidelines on the opening play freed up the middle.

The Spartans’ defense came close to recording a second shutout of the season. They held the Hawks to -2 yards of offense in the first quarter, spoiling good field position on a pair of kick returns past the 40-yard line.

A quick Hawks punt and a 72-yard scoring drive which ended in a 1-yard Renslow rushing touchdown in the second quarter led to a 14-0 Simley halftime lead.

Robbinsdale Cooper’s Chance Wicks replaced Kameron Fox at quarterback to start the second half. He couldn’t solve Simley’s defense either, which forced a punt on the opening drive that was blocked and recovered by the Spartans’ Dom Levros to set up a short field.

Facing third-and-24, Renslow hit Gogins, who came back to the ball for a tough 23-yard pitch and catch to set up a manageable fourth down. Nelson rushed up the gut for an 11-yard touchdown that put Robbinsdale Cooper on its heels.

The Hawks had a chance to pull within two possessions in the third quarter set up by a short field after a poor snap on a fumble, but the Spartans bowed up. A pair of passes toward the end zone hit the turf.

Mensen said that some tough practices this week helped prepare the Spartans for intense, game-like situations that helped them respond well to those mistakes made during the game.

“I told our guys we made mistakes, but we recovered well,” Mensen said. “That’s the name of the game. You can’t let mistakes define your game. We did a good job bouncing back from a bad snap on a punt and we didn’t let it break our backs, so to speak.”

Renslow feathered a ball to Gogins for a 51-yard touchdown that featured about 20 yards after the catch to make it 28-0 late in the third quarter.

DaNari Connors was a bright spot for Robbinsdale Cooper. The senior running back rushed 16 times for 68 yards and caught a touchdown in the fourth quarter.

Connors’ 68 total yards is the same the yardage Nelson rushed in from for a cherry-on-top touchdown to close the scoring.

Simley reached the last two state tournaments after making as many appearances in the program’s history before 2019. Getting back to U.S. Bank Stadium is the objective for the senior-laden squad.

“This Spartan team does not fold,” Renslow said. “It keeps going. Too many weapons, no one can stop us. I think we’re showing the state of Minnesota what Simley’s all about.”

Simley stayed off upset watch to improve to 5-0 on the season.

The host Spartans dominated from the start in a 35-7 win over Robbinsdale Cooper on Friday night.

Simley led 14-0 at halftime and extended their lead to 28-0 after three quarters. Spartan quarterback Caden Renslow finished 6-for-9 for 112 passing yards, one touchdown and no interceptions. He also rushed eight times for 52 yards and a touchdown.

The Hawks (1-4) were led by running back DaNari Connors who rushed 16 times for 68 yards and caught one pass for a 19-yard touchdown in the fourth quarter.

The Hawks beat previously unbeaten Academy of Holy Angels last week. Their three prior losses were to teams with a 8-4 combined record going into those games.