Five picked the Gophers, and the state's No. 1 recruit, Lucas Heyer of Hill-Murray, chose Stanford. Plus, a look at the class a year out. 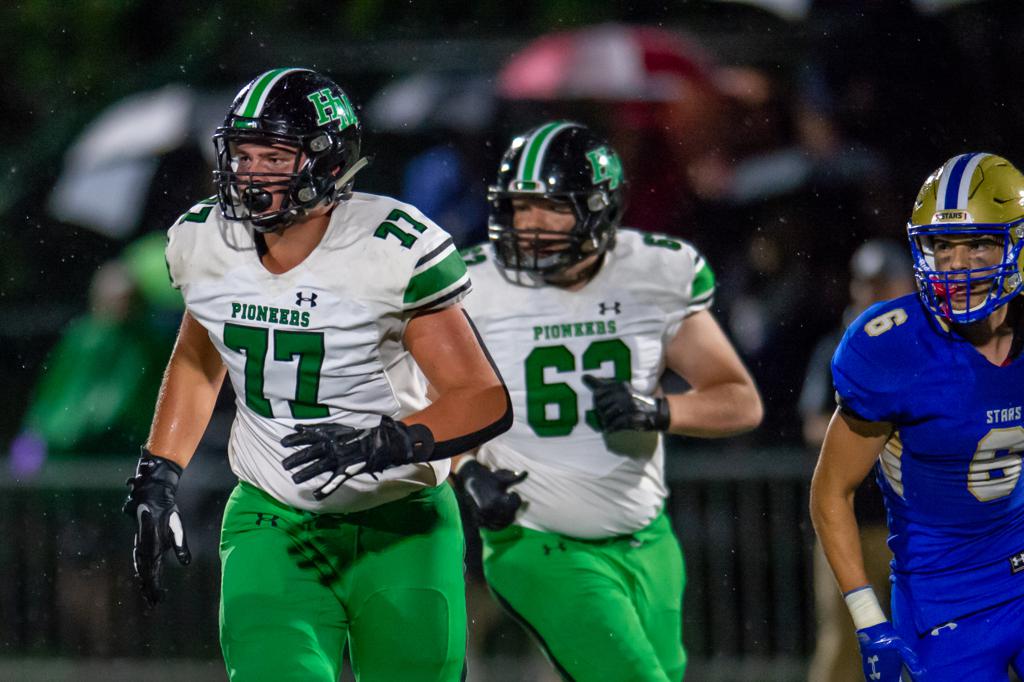 FIVE HEADED TO THE GOPHERS

A Minnesota native, Bixby grew up a Gophers fan thanks to stepfather Kyle Goblirsch, who was tracking Minnesota for the recruiting website 247Sports.com. He moved around the country as a result of his mother’s job and developed into a blue-chip defensive end prospect. He played in Arizona and Wisconsin before playing at powerhouse St. Edwardcq Catholic in Lakewood, Ohio. He returned to Minnesota in August and enrolled at Eden Prairie. Bixby is an athletic widebody with the speed to rush off the edge and a frame that will allow him to carry added weight and still be effective inside. He committed to Minnesota over Penn State.

It’s safe to say Hoskins, with his escapability, shiftiness and straightaway speed, is the best in-state WR P.J. Fleck has recruited since Tyler Johnson came out of Minneapolis North. Hoskins is a different type of receiver than Johnson. He has the ability to take a short pass and turn it into a long gain every time he touches the ball. He can make defenders look silly with his now-you-see-him, now-you-don’t elusiveness and can run away from the defense with his 4.27 speed. He’s not afraid to mix it up with bigger, stronger athletes. He led Alexandria into the Class 3A basketball tournament and routinely took the ball right at Minnehaha Academy’s Chet Holmgren, an extraordinary rim protector, despite giving up 15 inches in height.

Nelson was not well-known in recruiting circles before attending combines and camps last summer, including Minnesota’s. It was there that his athleticism, coordination and agility stood out, catching the eye of the Gophers recruiting staff. Still a starter for the Tracy-Milroy-Balaton basketball team, he’s an athlete who grew to lineman size. His skill set still requires refinement, but he has the tools to become a high-end lineman. Want evidence that Nelson is an athlete first? He not only threw the shot and discus in track and field last spring, he also ran the 100 meters, an unusual pursuit for an athlete who is eventually expected to play at around 300 pounds.

Gerlach originally committed to South Dakota State but flipped to Minnesota in late November. A versatile, hard-hitting defender with strong instincts, Gerlach has a Division I frame and is expected to be slotted as a linebacker with the Gophers. Perhaps Gerlach’s best attributes are his intangibles. He’s a natural leader and is relentless in pursuit. He’s able to stand up runners at the point of attack and has the athleticism to be valuable in pass coverage. He made 76 tackles, forced three fumbles and picked off two passes. He showed a nose for the end zone on offense, with five of his 11 receptions going for touchdowns.

With his length and large frame, as well as his blocking proficiency, many expect the nimble Alvarez to eventually be switched to offensive tackle, but for now he’s committed as a tight end. He’s playing basketball for the Hylanders, which he has said helps his agility. He caught 22 passes, including two for touchdowns, and also made 36 tackles on defense. He led Columbia Heights, which was coming off a winless 2020, to a 7-4 record and into the championship game of Class 3A, Section 4. Any concerns about Alvarez start with an ACL torn last November, but the Gophers still saw enough to offer a scholarship.

Minnesota’s No. 1 recruit in the Class of 2022 told reporters there were three reasons he chose Stanford from among the 16 Power Five offers he received. “There’s a history of developing offensive linemen. Education, obviously. That’s very important,” he said. “And it was a great cultural fit. I felt right at home.” As expected from highly recruited offensive linemen, his game is physical and powerful, and he often overpowers opponents. Heyer stands out in pass protection, where he is fundamentally a cut above others in the state. He chose Stanford over Northwestern.

He’s the second player from Minnehaha Academy to commit to Michigan State in the past three years; WR Terry Lockett Jr. did it in 2019. Carter, the son of former Gophers basketball player Randy Carter, has been considered the state’s top defensive player all season. He’s explosive off the ball, possesses exceptional closing speed, plays sideline to sideline and runs down ball carriers from the back side. Opponents were often wary of Carter’s presence and game-planned away from his side of the field. He also had offers from Iowa, Iowa State, Nebraska and Central Michigan.

A mauler who delivers a crushing blow and always finishes his blocks. Plays with a wide base and excellent leverage. Shows good lateral movement, but where Hasert opens eyes is when his blocks end with the opponent on his back. Can get to the second level, striking fear into opposing linebackers and defensive backs. A hard worker and dedicated lifter in the weight room, Hasert checks all the boxes for a Division I offensive line prospect. He was high on the Gophers’ list of in-state recruits and has four Division I offers.

Listed as a tight end and has good hands but projects as a tackle in college. Most of his time at Lakeville South was spent blocking and opening holes for the Class 6A champs. He’s intelligent, as evidenced by having Dartmouth, Princeton and Yale among the 11 teams that extended offers. If he does stay outside at tight end, his dedication to be a dominant blocker sets him apart from others at that position. But he’s not a liability in the passing game, either. He can run, averaging 17.1 yards per reception this season, and creates matchup problems. Will be the second lineman for the Cornhuskers from Lakeville. Starting right tackle Bryce Benhart is a Lakeville North grad.

Five of the best Twin Cities players from the Class of 2023:

1. Jaxon Howard, Cooper, DE/TE, 6-4, 245: The top recruit in the state has more than 50 Power Five offers. Athletic and powerful, his versatility is his biggest strength. Fluid runner with enough speed to chase down ball carriers.

2. Jerome Williams, Osseo, OL, 6-5, 290: Made huge strides this season with his long arms and ability to overwhelm opposing linemen. A road grader with better than average agility. Minnesota and Iowa State top his list.

3. Grant Chapman, Anoka, OL, 6-5, 280: Key factor in Anoka’s resurgence this season. Years of basketball have helped him develop coordinated and agile footwork. Fleet enough to get out and lead sweeps and screens. Can thrive in traditional or zone blocking schemes.

4. Max McEnelly, Waconia, RB, 5-10, 205: Minnesota fans will get the chance to watch McEnelly for at least four more years in at least one sport. The two-time state wrestling champ has committed to Minnesota as a wrestler, but he is also a powerful between-the-tackles runner.

6. Jack Liwienski, Minnetonka, OL, 6-3, 280: The son of former Vikings OL Chris Liwienski, Jack is a force on both sides of the ball but is being recruited as an offensive lineman. Agile, with good hand placement and lateral movement. Just getting noticed by Division I schools.