After 2,500 yards and 42 TDs, Emmett Johnson is honored as Mr. Football

Johnson exceeded 100 yards rushing in every game for Holy Angels, which went 8-3. He had four or more touchdowns in eight games and played safety on defense. 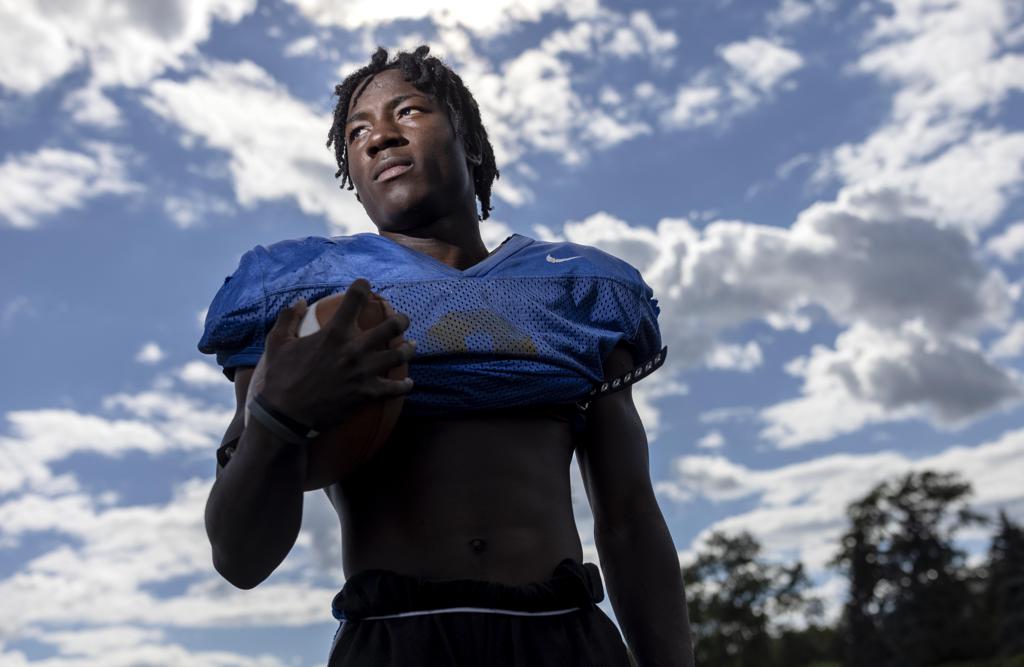 Emmett Johnson exceeded 100 yards rushing in every game this season.

Holy Angels’ Emmett Johnson, who rushed for more than 2,500 yards and scored 42 touchdowns in the 2021 season, was selected Mr. Football by the Minnesota Football Coaches Association.

The award was presented at the Mr. Football Banquet on Sunday. Johnson is the 18th Mr. Football, the first from Holy Angels.

The MFCA has honored Minnesota’s top high school player with the Mr. Football award since 2004. The award is co-sponsored by the MFCA and the Minnesota Vikings.

Johnson exceeded 100 yards rushing in every game for the Stars, who went 8-3. He gained 200 or more yards seven times, and he had four or more touchdowns in eight different games. He also played safety and made 85 tackles.

“Emmett is one of the most driven, humble and charismatic people we have ever had in the program,” Holy Angels coach Jim Gunderson said. “Throughout high school, Emmett always placed team values ahead of individual recognition and success. He plays both offense and defense and just makes plays. God has blessed Emmett with the best skill set I have ever seen at Holy Angels.”