Even prepping for the Prep Bowl, Dean Aurich strives for fun. 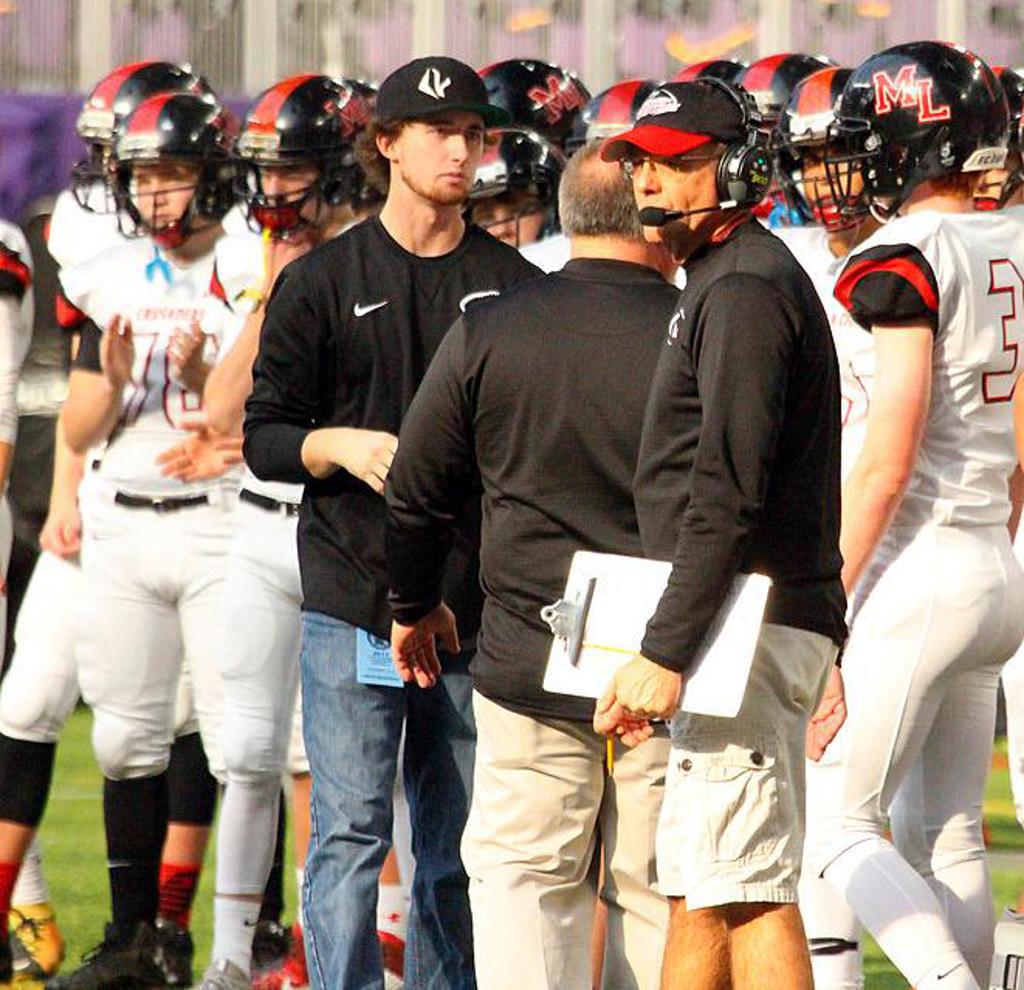 Dean Aurich is in his first Prep Bowl in his 35th season at Mayer Lutheran. KIP KOVAR, Herald Journal Publishing

He has 40 years of football coaching experience, the past 34 as the head coach at Mayer Lutheran, but Dean Aurich doesn’t look the part.

Sure, he’s graying at the temples and wears the ubiquitous glasses one would expect of a coach in his 60s, but the resemblances to the stereotypical grizzled old football coach stop there.

At practice, Aurich is just as likely, perhaps more so, to crack a joke as he is to bark a command. He’s not afraid to wear shorts on the sideline when the weather permits. When he talks to his players — which could be about football or hunting — they see a friend worthy of respect, not an intimidating boss.

He can be lighthearted, he can be silly, he can admit to fearing the Crusaders’ next opponent.

And come Friday, he finally will be able to say he’s a Prep Bowl coach.

“I’m probably a little looser than a lot of coaches,” Aurich said. “I’ve been to the state tournament seven times, but this is my first time in the Prep Bowl. I’m excited.”

Mayer Lutheran will play Minneota in the Class 1A championship game at 10 a.m. Friday at U.S. Bank Stadium. It’s a matchup that has Aurich’s worry-meter redlining.

“They are big,” he said. “They have an unbelievable tradition. They’ve been to the Prep Bowl before, we’re going for the first time. They’re very, very good.”
Fresh in Aurich’s mind is 2017, when the Vikings swatted the Crusaders aside 54-21 in the Class 1A semifinals.

“They were the better team,” he said simply.
This time around, Aurich is not so sure about that, the biggest reason coming down to personnel. Mayer Lutheran features 16 seniors, an almost unheard of number for a Class 1A team. And most of them have been playing together since the sixth grade.

“We’ve got a little more going for us this year. I can’t say we’re coaching a lot differently. Those 16 seniors got us here,” Aurich said. “We’ve got a lot of confidence, and that’s a good thing.”

For years, the Crusaders have been known for their wide-open offense, putting the ball in the air frequently. Aurich’s hopes are buoyed this time around because they’re no longer pushovers up front.

“We’re pretty solid in the trenches,” he said. “We’re not the greatest running team, but we can get after it.”

Still, foundation for the Crusaders is an enviable batch of experienced skill players, starting with senior quarterback Ty Hoese. He’s strong-armed and accurate, and a Hoese at quarterback for Mayer Lutheran is practically a birthright. Father Jeremy played the position under Aurich in the late ’80s, and grandfather Gary was under center for them in the ’70s, before Aurich arrived.

“It helps to have them because after games we’ll watch the whole thing back,” said Hoese, who threw five touchdown passes in a semifinal victory over New York Mills. “We break down the game together and I’ll get to bounce things off of them.”

“He’s fun to be around. He likes to joke, try to make us laugh,” Hoese said. “He likes to joke around with some of our best players, tell them they don’t have any talents, things like that. He gets fired up when he needs to be, but he’s always got that positive mind-set.”
It’s a comfort to the players, Hoese said, that they don’t have to worry about getting called out or derided if they make a mistake.

“He makes you want to play for him,” he said.
Aurich grew up in Nebraska and coached in Chula Vista, Calif., before arriving at Mayer Lutheran. He said at the time he was going to give it five years.

Three and a half decades later, he is 239-108 as Mayer Lutheran’s football coach, ranking him 29th in state history in career victories and sixth among active coaches.

He’s right where he wants to be.