The Lions beat the Wolfpack in a tight, low scoring game on Wednesday. 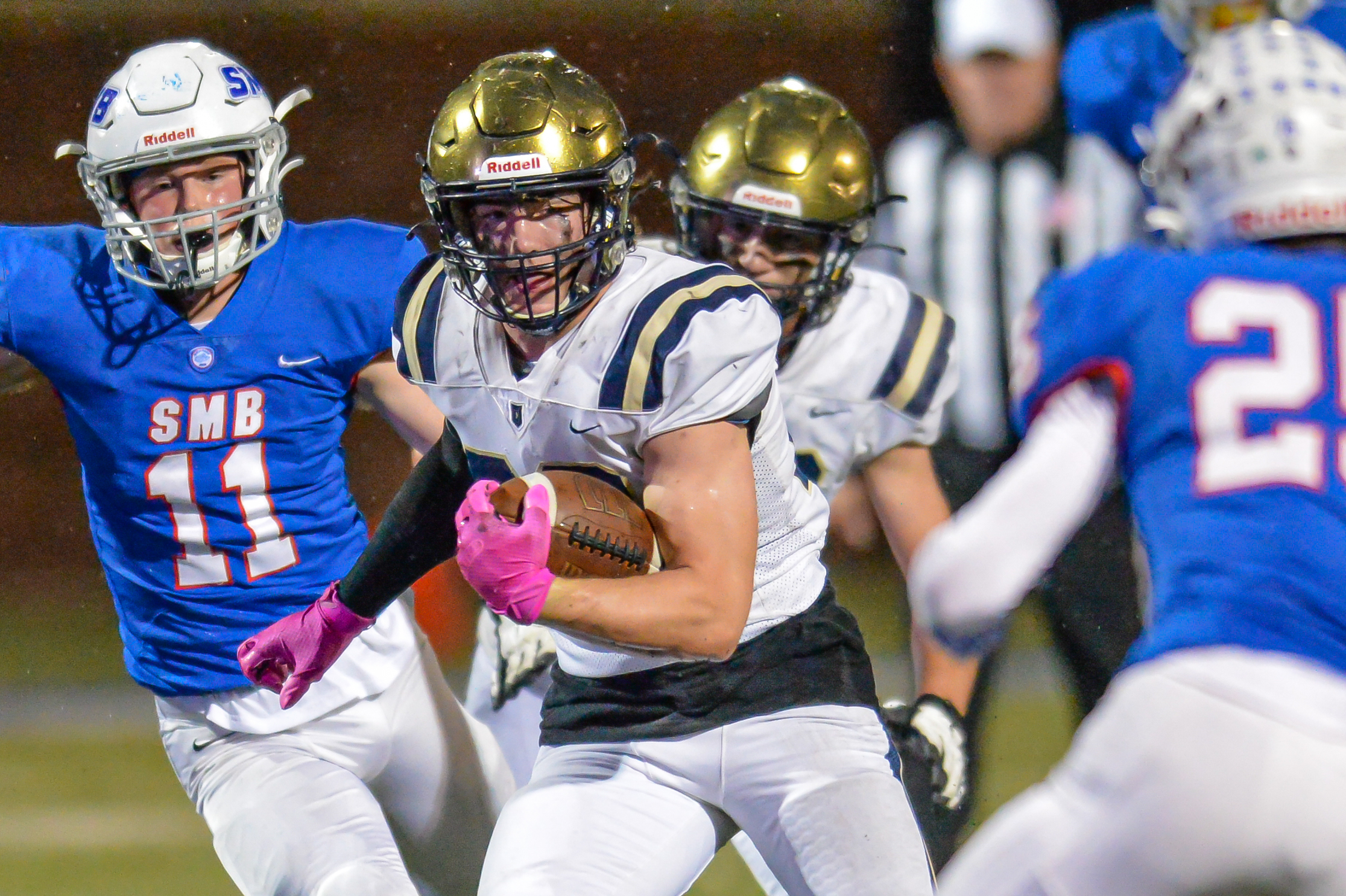 The Lions’ Jacob Meissner carries the ball up the middle Wednesday night in a 13-7 win over the Wolfpack. Photo by Earl J. Ebensteiner, SportsEngine 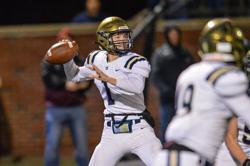 Providence Academy football coach Colin Rooney can’t seem to draw up plays for his senior running back Jacob Meissner that don’t work. Even plays that start off looking unsuccessful quickly turn when Meissner “runs through the arm tackle of the 400-pound player they have and just doesn’t get stopped,” Rooney said.
“You can’t teach that,” Rooney said. “You can’t coach it, it’s really special.”

Meissner worked his magic on both sides of the ball in Providence Academy’s 13-7 victory over Class 4A  opponent SMB on Wednesday at Blake in Hopkins.
Meissner’s 30-yard run escaping multiple tackles set up a Lions’ 1-yard score for the 7-0 lead.

SMB (5-3), a combined program with players from St. Paul Academy, Minnehaha Academy and Blake, tied the game when senior quarterback Charlie Johnson found Elijah Wade with a pass at midfield that ended up as an 86-yard touchdown.

But Meissner bounced off more tackles on the second play of the fourth quarter for a 20-yard touchdown run and the lead.

“It’s just a refusal to go down,” Rooney said. “He’s a state champion wrestler, so he’s got that leverage and balance where he’s used to being in a fight basically on one leg.”

Meissner rushed 23 times for 109 yards, eclipsing the 1,000-yard mark for the season with 1,018 rushing yards. He also came up with the biggest sack of the game, on third down-and-23 for SMB with about two minutes left to play. The Class 3A Lions (8-0) intercepted a pass on the next play to seal the win.

“It was everyone doing their job the whole game, it wasn’t just one sack,” Meissner said. 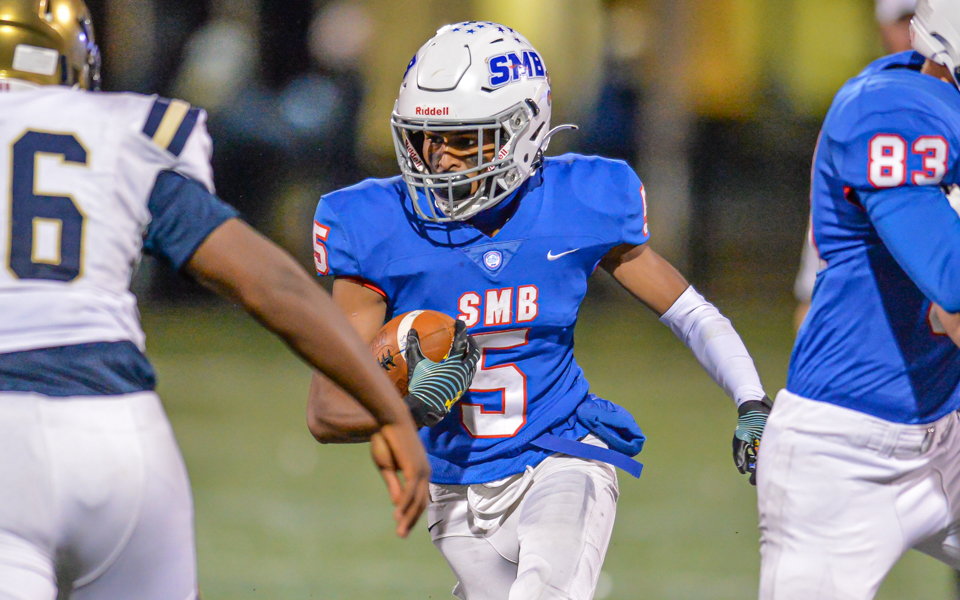 The Wolfpacks’ senior running back Sanjay Redd looks for an opening late in the fourth quarter Wednesday night in a 13-7 loss to the Lion’s. Photo by Earl J. Ebensteiner, SportsEngine

For the second time since 2018, Providence Academy had a perfect regular season on the football field.

A 13-7 victory in a defensive battle over Class 4A opponent SMB gave the Class 3A Providence Academy Lions an 8-0 record headed into the playoffs. The Lions took a 7-0 halftime lead before senior Jacob Meissner scored the go-ahead touchdown with a 20-yard run early in the fourth quarter Wednesday at Blake School in Hopkins.

SMB made it 7-7 with an 86-yard touchdown reception by senior Elijah Wade in the third quarter.